What can you do with too much sake rice? Risotto! 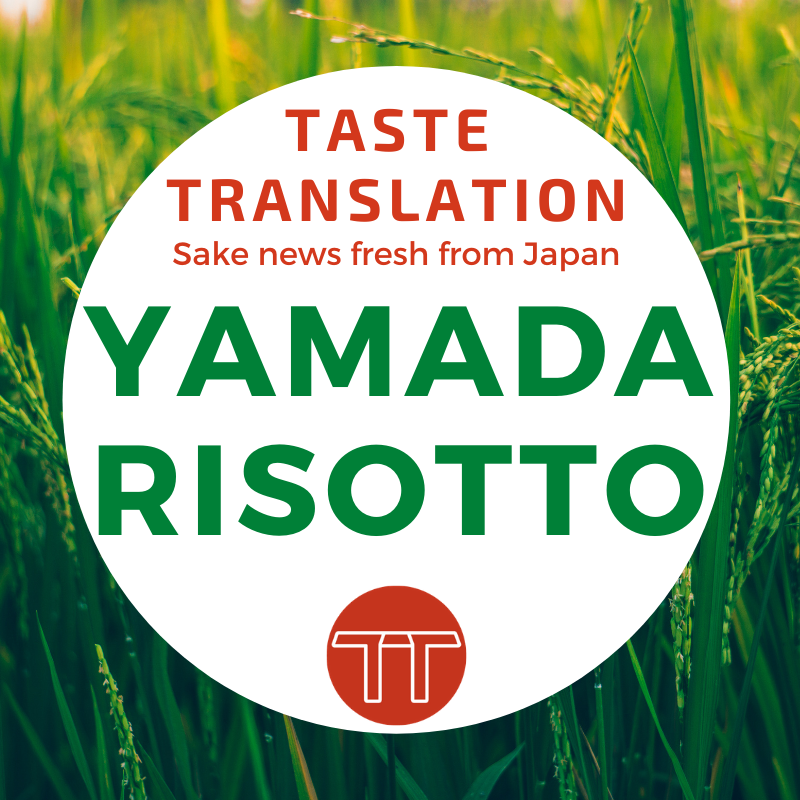 My Navi News reports on a new product from company Oisix ra daichi, who aim to connect food producers and consumers by sourcing good food from all over Japan and delivering it to homes with suggested recipes or as part of sets.

The company launched the Sakamai Risotto set on 10 December 2020, which contains surplus Yamada Nishiki originally grown to make sake. The set is being promoted as a way to help farmers suffering from the pandemic.

The company links the severe drop in demand from the hospitality industry and tourism to the large decline in sake volumes shipped in 2020, and see this product as a way to commercialise the rice left over as a result. They also hope it will ensure that sake rice [酒米, sakamai] varieties continue to be grown despite the current drop in demand.

The Yamada Nishiki is from Nishiwaki, Hyōgo Prefecture, and comes packaged with an original seasoning pack from Oisix.

The article then goes on to explain shinpaku [心白,] – the opaque white core found in some sake rice, noting that it’s full of gaps and therefore easy for kōji mould to get into and create kōji (rice) with good saccharification potential. Oisix made use of this characteristic to use Yamada Nishiki as a risotto rice, where liquid is absorbed into the grains, letting consumers easily create a delicious meal in just 15 minutes.

The risotto can be eaten plain, or with added tomatoes, mushrooms or cheese. The set costs JPY 592 (including tax) and is on sale until 24 December 2020.

The recipe calls for adding olive oil to a pan and frying the rice until the surface becomes translucent, adding the seasoning pack with 500 ml of hot water, plus tomatoes or mushrooms if using. The rice is then cooked for 15 minutes until the liquid is absorbed. Taste to see if the rice is done, and add cheese at the end if using.

The Ministry of Agriculture, Forestry and Fisheries FY2020 survey on demand for sake-specific rice [酒造好適米, shuzō kōteki mai] calculated that the pandemic caused decreased domestic shipments of sake, led by a drop in business/corporate-related consumption. There was also a significant drop in exports which left total demand for sake-specific rice (sake rice) in 2020 24% off compared to production in FY2019, generating a huge quantity of excess rice. [The article uses both sake-specific rice and sake rice here, although I believe they’re not always interchangeable – sake rice/sakamai can also refer to non-sake specific rice varieties used to make sake.] It also means serious production restrictions are required the following year in order to balance supply and demand.

The sake rice growers being forced to curtail production and reduce harvests because of the pandemic are also predominantly older people who may give up farming altogether in this situation. So the restrictions also carry a risk of increased decline in farming workforce and more abandoned fields. This long-term threat is what inspired Oisix to create their new sake rice product.

One sake brewery growing their own rice in the Kurodashō area of Nishiwaki, Hyōgo Prefecture, is Banjō Jōzō, makers of Kuheiji. Shirai Kazunori of the brewery commented that they were well aware of the dangers of the current situation as they both grow their own rice and brew with it.

They plan what to grow the next year immediately after harvest, and start preparing straight away, so there was no way for them to reduce the crops they had chosen to grow after the pandemic started. If farmers are instructed to reduce production next year the number of people growing rice will fall, and make it even harder to start again the following year. So they decided to use rice growing as a way to team up with people trying to preserve small rural farming villages where rice is grown, and are grateful for initiatives like these where offering sake rice to consumers as a food means stability and protection for both the producing areas and for sake itself. It’s also a good way to raise the profile of sake rice varieties among the general public. He agreed that Yamada Nishiki’s lack of stickiness means it goes beautifully with liquid-based dishes like risotto.

I knew there was a mismatch between supply of rice from 2019 and demand for it from sake breweries in 2020 – many were forced to cut production/shorten their brewing season because they just weren’t selling enough to have the space to brew or store more. I hadn’t seen the figure of 24% before though… Well done to Kuheiji and others who are seeing the longer term consequences and doing what they can to stabilise the situation.

← (Very) old sake is the new big - or rather, expensive - thing Sake breweries going online to interact with - and sell to - consumers →