(Very) old sake is the new big – or rather, expensive – thing 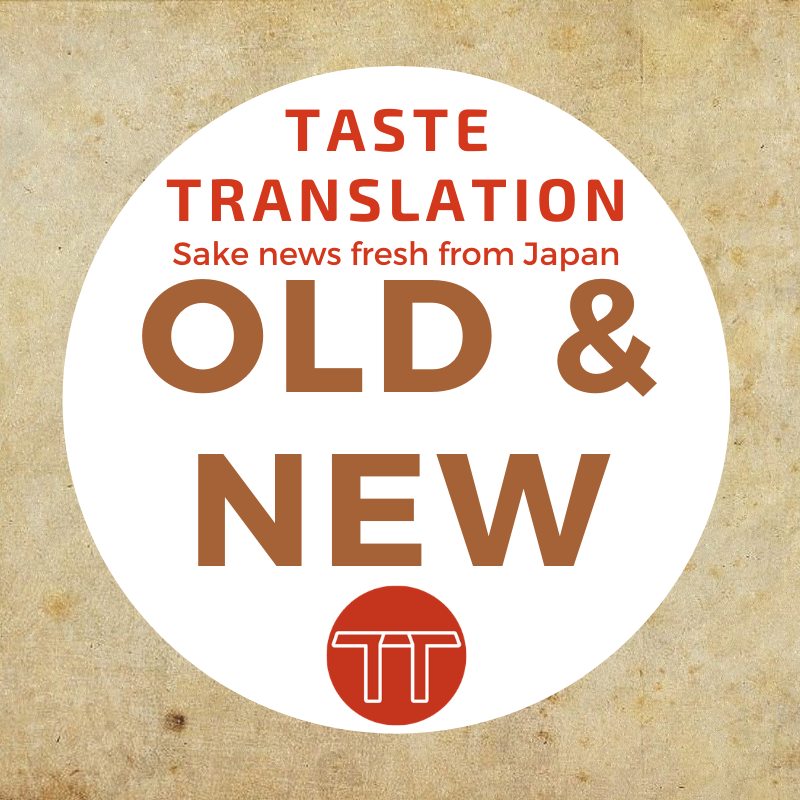 Nichee.com carries an article by sake writer Tomoko Takiguchi on the recently formed Tokisake Association and their record-breaking price for a set of eight aged sake.

The Tokisake Association held a press conference in the Imperial Hotel in Tokyo on 16 November 2020, complete with the appearance of terms unfamiliar to the sake world such as assemblage and decanting.

Tokubee Masuda, owner of the eponymous brewery that makes Tsuki no Katsura and President of the Association, explained that they chose the name Tokisake because breweries were all using the terms koshu [古酒, “old” or aged sake] or jukuseishu [熟成酒, matured sake] in their own ways, without any clear definition. A new name means they can establish a common standard of value and definition, ensuring that only sake that fulfil the Association’s requirements can be called toki sake. He hopes it will create value for matured sake, and also contribute to raising prices overall for sake, particularly outside Japan.

The members of the Tokisake Association and their contributions to the set are:

Each of the seven breweries contributed one bottle to the set, while the eighth is an assemblage (blend) created by sommelier Shinya Tasaki from seven sake brewed between 1984 and 2003. The blend and the set itself are called Toki no Shirabe [刻の調べ, An Investigation into Time]. The release was limited to 20 sets, which all sold during the reservation window of 24 November to 5 December 2020.

Although the price itself – the first to hit seven figures JPY in the sake world – is startling, the contents are equally impressive. Tasaki reminded those attending the press conference that blending is used to produce famous wines such as Champagne and Madeira. Comparing it to music, he said it was like the difference between a solo instrument and an orchestra. Some aged sake are kept at low temperature, so they remain clear, while others are aged at ambient temperature and turn more and more amber while progressively developing a distinctive flavour profile. So “ageing” can mean more than one thing.

If the sake from the seven breweries in the set were blended in equal amounts, the stronger flavours of the ambient temperature-aged ones would overwhelm the others. Tasaki first split the seven sake into cold and ambient temperature-aged groups, created a balanced blend for each group, then combined those two blends into one. It sounded like he made very intricate calculations at each stage in order to balance the flavours.

Attendees at the press conference were given the chance to sample Tasaki’s blend. Takiguchi describes it as brilliant as a precious stone, and the flavour as both mellow and complex, unfolding in layers. Despite being a koshu it wasn’t heavy at all, and astonishingly easy to drink. For her, it completely broke the mould of jukuseishu.

Tasaki says his aim in creating the blend was to achieving a balance that would allow the drinker to sense elements of all seven sake. Takiguchi agreed that the many rich aromas and multilayered flavour was indeed like a full orchestra.

Another treat awaited those at the press conference: a tasting of an extremely rare 1964 sake, from Tsuki no Katsura when they first starting ageing. (Takiguchi notes that at 56, the sake was older than she is.) It was dark brown, a shade darker than Tasaki’s blend.

Tasaki and the members of the Association proceeded to decant the 1964 sake in front of the press, saying that contact with air would both intensify the aromas and flavours and soften them. Takiguchi compares it to waking the sake up after its long slumber. She describes it as rich and heavy as honey, with no negative peculiarities, and so delicious that she found herself holding her breath as she savoured it.

Ueno Nobuhiro, Executive Director of the Association, said there were a flood of reservations for the limited edition set from the first day, and it sold out in no time. He was struck by the number of female buyers.

The Association directed the press to the aged sake bar Shu Salon [酒茶論] in Ginza, Tokyo, which is serving sake such as:

Fans of aged sake can find other sake from all seven breweries, including others that don’t meet the Tokisake requirements such as Kokuryu Shuzō’s Ishidaya junmai daiginjō, at Shu Salon for cost price from 7 December 2020.

I had a brief look at the English version of the Tokisake Association site – not sure “cured” is the word they’re looking for. Anyway. [Occupational hazard.]

*I thought that “all kōji” – if it does mean only kōji (rice) used and no steamed rice – couldn’t be legally classed as sake.

← Pop-up pick-up pairing seafood and sake What can you do with too much sake rice? Risotto! →