Sake breweries going online to interact with – and sell to – consumers 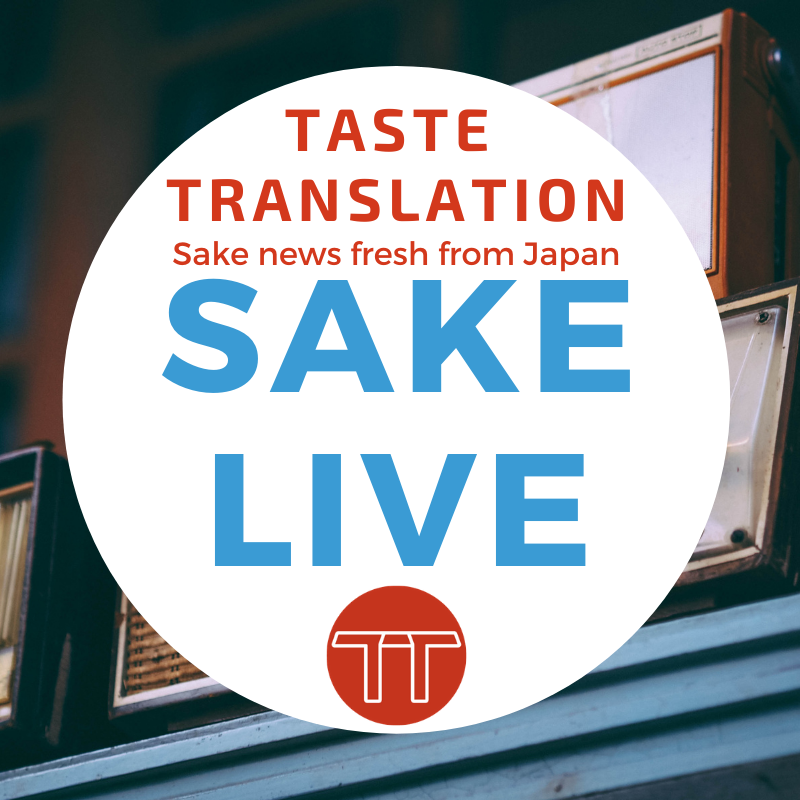 Rather than waiting to be covered by a traditional news organisation, breweries are taking matters into their own hands and broadcasting online to a global audience – and maybe even opening up new sales channels.

Imagine the scene: on what should be their day off, the staff of a brewery are on site and talking through plans in front of camera equipment.

In this case, the brewery is WAKAZE Sangenjaya Jōzōsho in Tokyo [which doesn’t have a sake brewing license, only a “miscellaneous” one, so they produce a wide range of flavoured drinks that would otherwise be classed as sake, and doburoku]. And this is no ordinary online brewery tour either – they’re using the broadcast to sell directly to consumers.

The platform they’re using is a live commerce project to support Japanese breweries called CHEERSAKE [ちあさけ], operated by sake startup Mirai Sake Company. Mirai Sake also run sake shops, so they were well aware of the impact of the pandemic on the industry.

CEO Yuya Yamamoto noted that there are far fewer opportunities today for brewers to come to Tokyo themselves to sell their products. Most sell through bars and restaurants, which have closed or otherwise affected by the pandemic. Which means consumers can no longer get hold of the brewery’s products.

Drinkers can’t go to bars or restaurants, and the spaces normally available to brewers to interact with fans of their products are closed. There’s no way to meet in person… so the only way through, to Yamamoto, was to go online.

He came up with the idea of CHEERSAKE, which would allow any brewery in Japan to set up broadcasts themselves. The platform lets breweries give online tours, see live comments from viewers during the stream – and not only that, viewers can buy the brewery’s products directly from the stream page.

WAKAZE Sangenjaya tōji Kyosuke Toda used the platform to broadcast directly from the brewery, showing their fermenting doburoku and fielding questions about the size of their tiny brewing space (4.5 square metres). As he’s in charge of brewing, he hasn’t had many chances to interact with consumers before now.

Toda was delighted not only by the two-way communication, but also by seeing sales in real time – he could check the screen and see how many bottles had already been sold. There was no way he could have spoken in person to so many people, and from the numbers he assumed they were joining the stream live from all over the country.

Seven breweries across Japan have used the platform to date, which allows them to reach anywhere in Japan or around the world regardless of their location.

Yamamoto points out that there are breweries and distilleries all over Japan, from Hokkaido in the north to Okinawa in the south, many in remote areas. He hopes the platform will encourage more of them to get online and communicate with their existing fans and potential new ones.

Another possibility for the platform is promoting pairings with Japanese food. Live News α anchor Yurika Mita spoke to marketing analyst Hiroaki Watanabe, asking him what he thought of this new form of outreach. Watanabe replied that the pandemic had resulted in accelerated popularisation of direct online contact between producers and consumers, not just for alcoholic drinks.

He also noted that there are sake breweries all over Japan, and many labels/brands, but the companies behind them are mostly small ones. They have fewer points of contact with customers and often don’t have the resources to do enough PR. Watanbe thinks online commerce is fantastic because it’s visible globally and lets these small breweries communicate directly with consumers and also sell to anyone in Japan, from anywhere in Japan.

Other advantages of producers and consumers being able to interact directly are elimination of the margin taken by wholesale intermediaries and reduced transport costs, which can both reduce the final price to the consumer and give a larger profit margin to the producer.

Traceability is vital for food products, so seeing the manufacturing or production process can reassure consumers the products are safe. It also lets consumers connect on an emotional level with producers and developers, making them more likely to buy.

Watanabe also points out that sake in Japan is made with as much care and attention as wine in other parts of the world, but unfortunately has not become as popular overseas. He sees the recent popularity of Japanese food around the world as an opening for promoting sake as a perfect match.

Hearing about sake directly from the producer also adds a new level of value, he suggests. You hear about the amount of effort involved in producing sake, and initiatives like these will introduce new people around the world to sake and help them appreciate not only its flavours but also its production process.

← What can you do with too much sake rice? Risotto! The unrecognised problem with sake - portability - solved →