Sake made from olive yeast and dedication 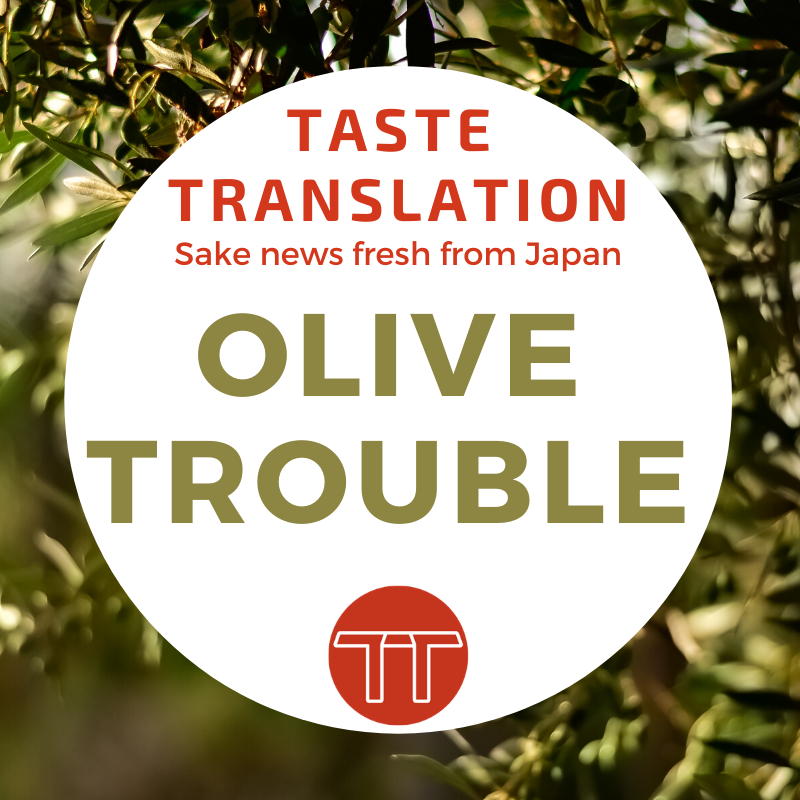 The Sankei News reports on the development of a new yeast in Kagawa Prefecture – and how the prefectural laboratory struggled to get it to produce enough alcohol.

The new sake yeast was sampled from olives, a famous local product, and sake brewed with it was released by four local breweries this spring.

The Takamatsu-based Kagawa Brewers Association was keen to brew with an original yeast, and asked the Kagawa Prefectural Industrial Technology Centre for help in developing a new product.

Their fermented foods lab, located on the famous olive-growing island of Shodoshima, started research to find a candidate yeast back in 2016.

The article names growing abandonment of sake by the Japanese as the reason behind the request for a new and original yeast. About 25% of alcohol sold in 1975 was sake, but today its share of consumption is in the single figures. The brewers’ association saw a new, original product as key to increasing consumption, which led them directly to the olive – the prefecture’s representative tree and flower.

The laboratory effort was led by Shigehiko Ōnishi, who works with fermented food products and until then had been mainly involved with research and supporting industrial product development for soy sauce. This was his first brewing-related project, but when he sampled the flowers, fruit and leaves of the olive tree he found what looked like promising yeasts on all of them.

However, it wasn’t yet clear if any of them would be suitable for brewing sake. He started a series of experiments to investigate the yeast’s ability to take up oxygen through TTC assay [using triphenyl tetrazolium chloride (TTC) to show cellular respiration, indicating viability], a fermentation assay to check the amount of carbon dioxide emitted when the yeast produced alcohol, and also genetic tests to see if the olive yeast could make sake. A few yeasts taken from the fruit passed all the tests.

Even after spending nearly two years picking out the best olive yeasts for brewing, the results in terms of alcohol content were not so great – the yeasts could only produce around 15% alcohol. Ōnishi was advised that his tests may have been contaminated during brewing, causing them to stop prematurely.

Ōnishi reasoned that a yeast that can only produce 15% alcohol is affected by the alcohol it produces and naturally stops at that level. A more alcohol-tolerant yeast was needed to brew stronger sake. He started growing the yeast in medium that contained alcohol in order to select the most suitable ones, going from 12% alcohol to 15% and even 18%.

The lab even acquired a test production licence and started experimenting with a few kilos of sake-specific rice. The results were analysed for acidity, nihonshudo (Sake Meter Value) and amino acids, all the components that make up a sake’s flavour profile. In the end, they found just two strains of yeast that could brew a sake up to 18% strength.

These two strains, named KO-15 and KO-18, were used to test brew 50 kg of sake at the Nishino Kinryo chemical and brewing company in 2018. The strains used to make the test product were named Sanuki Olive Yeast and four breweries started using them in autumn of 2019.

All four breweries launched their olive yeast-based products on 17 April 2020, and although each sake was different they all had a mild aroma and fresh, tropical acidity in common. Ōnishi got hold of a bottle of each one to see how it had all turned out. Looking back over the years required before a viable product could be launched, he commented that he was relieved to see the yeasts produce such distinctive, refreshing flavours.