A brewery built on ginjō and openness 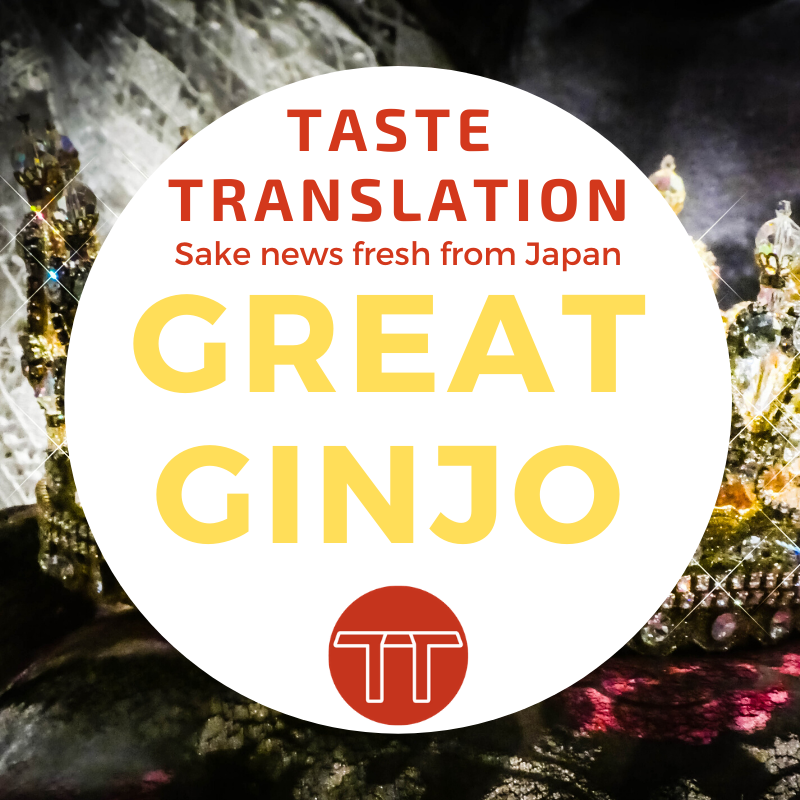 Kikisake-shi and Sake Expert [yes, it’s a qualification in Japan] Tomoko Takiguchi writes for Nikkei Style, reported in Yahoo Japan News, on the rise of the ginjō style in Japan and around the world, with a focus on one of the breweries responsible – Dewazakura in Yamagata.

Dewazakura was founded in 1892, and in 1997 started exporting with the aim of making “ginjō” a term recognised all over the world. They currently export their sake to around 30 countries and territories, including the US, UK and Australia.

Back in 1997 Japan was experiencing an unprecedented surge of popularity for ginjō, initiated by Dewazakura.

Overseas markets, on the other hand, were dominated by sake made by the small number of dominant ōte [大手, big companies with a nationwide presence in Japan] intended to be drunk hot. There was little or no jizake [sake made in smaller quantities by local companies].

Dewazakura’s original overseas fans were in Germany, France and other European countries, and their exports started with individuals buying and importing their favourite sake. By 1999 Dewazakura were exporting to the whole of the US, and the company put serious effort into developing exports. They chose a business partner in Hawaii who acted as a distributor (importing the sake and selling it to local shops as a wholesaler) and put their sake on shelves in Hawaii, San Francisco, New York and other major US cities. They now also export to Asia, South America and the Middle East, with overseas exports accounting for 10% of total sales.

They went on to gain international renown and then in 2008 to win the Champion Sake award at the International Wine Challenge Sake Division for Dewazakura Ichiro (junmai daiginjō). And again in 2016, their Dewa no Sato junmai won them the Champion Sake award yet again. It was the first time that any sake brewery had won the award twice for the same label. The brewery has also won a gold medal at the National New Sake Appraisal [全国新酒鑑評会, Annual Japan Sake Awards] for 12 years in a row.

This year marks 40 years of Dewazakura making ginjō class sake. They make a wide range, including nama [生, unpasteurised] and sparkling sake, but about 70% of what they produce is ginjō, with the rice used to make it polished to at least 60%. The bitterly cold Yamagata winters are naturally suited to the long, slow, cold fermentation needed for ginjō, but fourth-generation kuramoto [蔵元, brewery owner] Masumi Nakano adds that the way of things in the kura was always that the owner should be involved with brewing, not leave it all to the tōji [杜氏, master brewer]. And many years of brewing ginjō sake had given him the thorough grasp of technique and resolute strength of mind required for inheriting technical skills.

40 years ago, the dominant styles of sake were junmai and tanrei-karakuchi [淡麗辛口, light and dry]. Ginjo was seen as being too light and having too short a finish, and didn’t sell well. The kura was tense as they spent a long time milling the sakamai [酒米, rice used to make sake] to an extravagant degree, then brewing ginjō style at low temperature. This meant that brewing wasn’t just down to inherited skills, but the level of tension in the brewery also made ginjō production a mental challenge for the kurabito [蔵人, brewery workers].

Dewazakura believed that ginjō would be the trump card in the effort to rehabilitate sake, and continued to make it even when sake sales were at their lowest. Before then, ginjō was a special kind of sake made for entry in competitions. But they wanted normal consumers to enjoy it as well, and so put their flagship Oka ginjō on the market for less than a premium sake. It received wide acclaim for its fruity aromas and light but full flavour, and quickly became one of the most popular jizake. Dewazakura became known all over Japan as the popularity of ginjō increased, and also gained more traction overseas.

Describing their overseas exports, Nakano says their sake spread from Tokyo to New York, London and then Hong Kong – a gateway to China. He sees their early presence in these four key cities as part of their success, as their popularity in these influential centres made Dewazakura’s name known far and wide.

For example, bottles of Dewazakura were sold extravagantly in cities like Las Vegas for hundreds of US dollars, making it easy to capture momentary fame. Their US business partner had other ideas though – suggesting that selling it in a more accessible price range would not only get it into restaurants and bars, but also into liquor stores where the brand could become known to average consumers.

Many distributors, no matter where they are, think that getting a sake into restaurants is more than enough. But Nakano saw how the Dewazakura brand could become even more deeply rooted in an area by being more widely known in supporting industries. He explains that Dewazakura’s ability to become a continuous favourite over a long period of time depended on its ability to become part of the local food culture.

Many bars and restaurants are suffering because of the coronavirus pandemic, and Nakano muses that the negative impact will be very different for someone who always targeted restaurants, instead of retailers (and through them consumers). Their sake is even available in Japan in 180 ml cans served aboard the shinkansen bullet trains.

Nakano is chairman of the Yamagata Brewers Association and also heads the Japan Sake and Shochu Makers Association committee for export strategy, so he’s always promoting Yamagata or Japanese sake. He comments that Tohoku breweries are highly skilled technically and so their sake is of high quality and they export a lot overseas. Yamagata is also keen to compete with its neighbouring prefectures, and Nakano proudly confirms that it is currently in the lead for export volumes.

Although Akita Prefecture ships the most sake overall, followed by Fukushima Prefecture with Yamagata in third place, Yamagata has the highest volume of overseas exports. The Yamagata Brewers Association promotes its sake to the world as being particularly soft and clear, with regional promotion bolstered by their own Geographical Indication, GI Yamagata. To date, they are the only prefecture with a GI for sake.

There’s a saying in the Japanese sake industry, wajō-ryōshu [和醸良酒], which means that harmony creates good sake, and good sake creates harmony. Dewazakura take this saying seriously, and are one of few kura who take on trainees who are in line to take over their own family’s sake brewery. They’re already welcomed 19 such interns.

Nakano is often asked if these trainees steal company secrets, but they usually come from breweries that share information. Being open with information lets them focus seriously on what to do next. They want to surpass those who came before, so maintaining the status quo isn’t enough. They develop a friendly rivalry and push each other to go further.

Nakano’s ideal is for the entire sake industry to grow, and for his own brewery to grow along with it. If effort is focused in just one place, it will eventually decline. Focus equals decline. His philosophy is that the more successful kura there are with their own price range, operating at their own scale, making their own type of sake, in their own local area, the better.

He also stresses that fun nomikurabe [飲み比べ, drinking-and-comparing] are key to helping non-Japanese discover sake. This lets them compare the flavours of different sake, and also the effects of temperature and drinking vessel, combinations with food… although he finishes with a laugh, saying the most important factor may be who you’re drinking with.