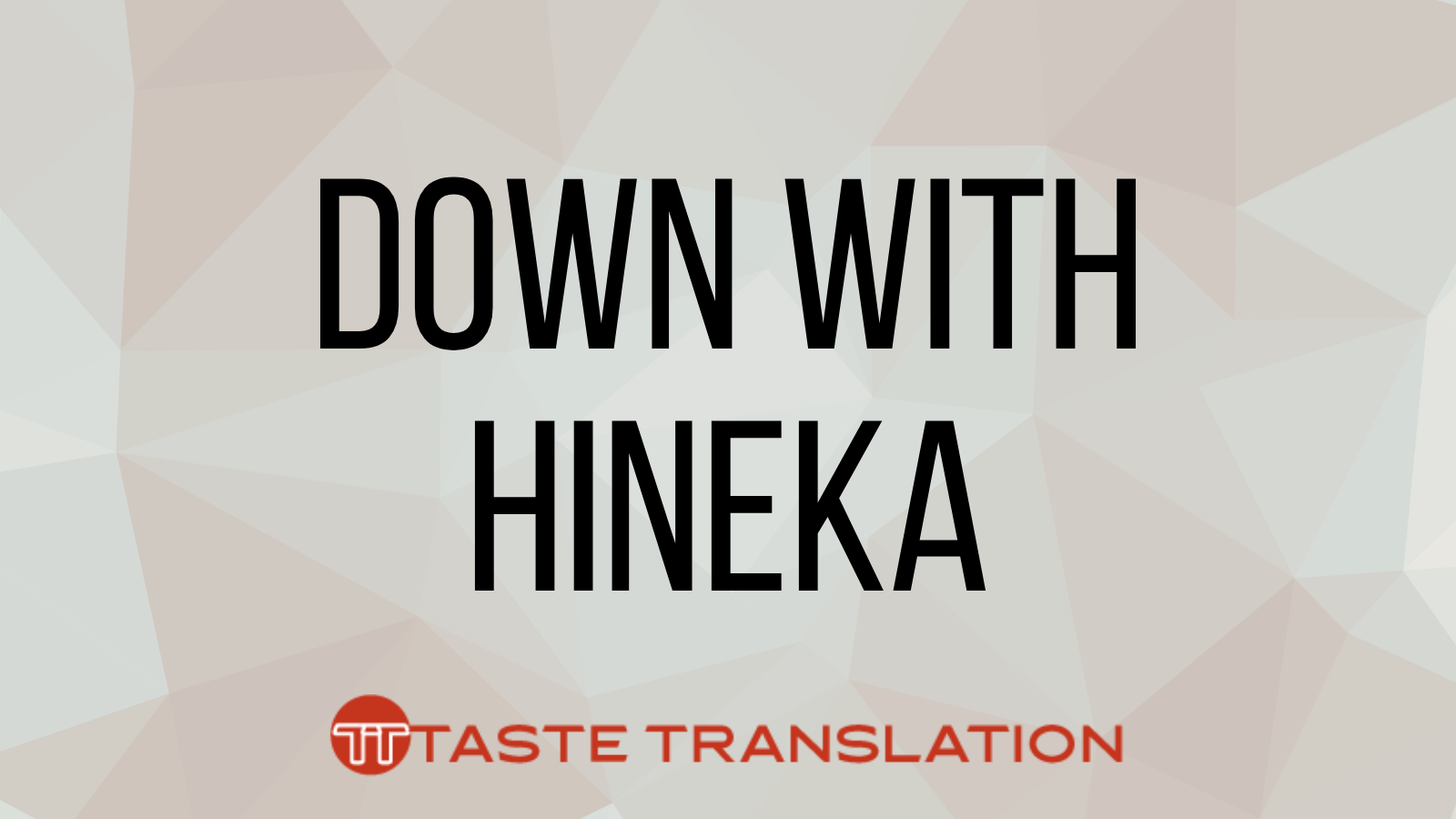 Hineka (ひねか) is the name for unpleasant odors that usually develop after bottling or during storage, and are normally attributed to poor handling or just deterioration over time. But what if you could make a sake less likely to develop hineka in the first place? That’s what large Hyogo brewery Nihonsakari and the National Research Instistute of Brewing (NRIB) set out to accomplish, and now they have a patent.

A press release on the Nihonsakari site dated 24 August 2022 announces they have been granted a patent in Japan for a yeast that reduces hineka [spelled in kanji as 老香 and glossed as 劣化臭, rekka-shu, the smell of deterioration]. More specifically, the patent was issued on 7 July 2022 to Nihonsakari and the National Research Institute of Brewing (NRIB, 独立行政法人酒類総合研究所, dokuritsu hōjin shurui sōgō kenkyūjo) for a yeast that produces low quantities of 1,2-hydroxy-5-(methylsulfinyl)pentan-3-one.

The patent describes a method for breeding yeast that produce less of this specific chemical, which is a precursor to the well-known wine fault dimethyltrisulfide (DMTS). Research undertaken back in 2006 showed that DMTS, produced when sake is stored for long periods at high temperatures, correlates with perception of hineka, and later studies (2009, 2010) established that 1,2-hydroxy-5-(methylsulfinyl)pentan-3-one is a precursor of DMTS. [The “Utsunomiya, H” in the 2006 study is presumably Hitoshi Utsumomiya, currently director of the Japan Sake and Shochu Makers Association (JSS).]

The yeast itself was bred in 2017 by Nihonsakari and the NRIB, but the patent for the method of breeding has just been granted.

The NRIB and Nihonsakari hope that this technology will help to maintain the quality of sake during storage, protect sake destined for export where it can be exposed to high temperatures for extended periods, and prevent food waste through extending the length of time before sake deteriorates.

The yeast covered by this patent, named mde-D1, was given to the Brewing Society of Japan (who provide a central source for standard sake yeast) and has been available to all breweries as “Kyokai Yeast mde-D1 for sake” since January 2021.

There also seem to be other factors responsible for hineka, for example enzymes leaked from dead yeast cells (reported by the NRIB in 2012). The NRIB recommend maintaining conditions that minimise death of yeast cells during brewing, storing fresh sake at low temperature after filtration, removing remaining yeast cells by precipitation and pasteurising as soon as possible.

A massive statistical analysis was performed in 2014 on 76 samples donated by breweries immediately after filtration, which were then stored at 70°C for seven days. The results pointed to other factors during the brewing process, namely average temperature of the moromi (main mash), total daily temperature of the moromi, concentration of sulfur-containing amino acids, and concentration of zinc in the sake. In particular, there was a strong correlation between DMTS and high average temperature at the start of brewing, which causes the rice to dissolve faster, and high average temperature at the end of brewing, which causes yeast cells to die and leak their enzyme-rich contents.

And if you unfortunately already have hineka in your sake? Researchers from the NRIB and Kyushu University have developed a method of selectively removing DMTS using nanoparticles made from gold and other precious metals.

Can definitely see this working for the kanzake bottle-can as you don’t know how long it will sit heating in a konbini heated drinks cabinet!