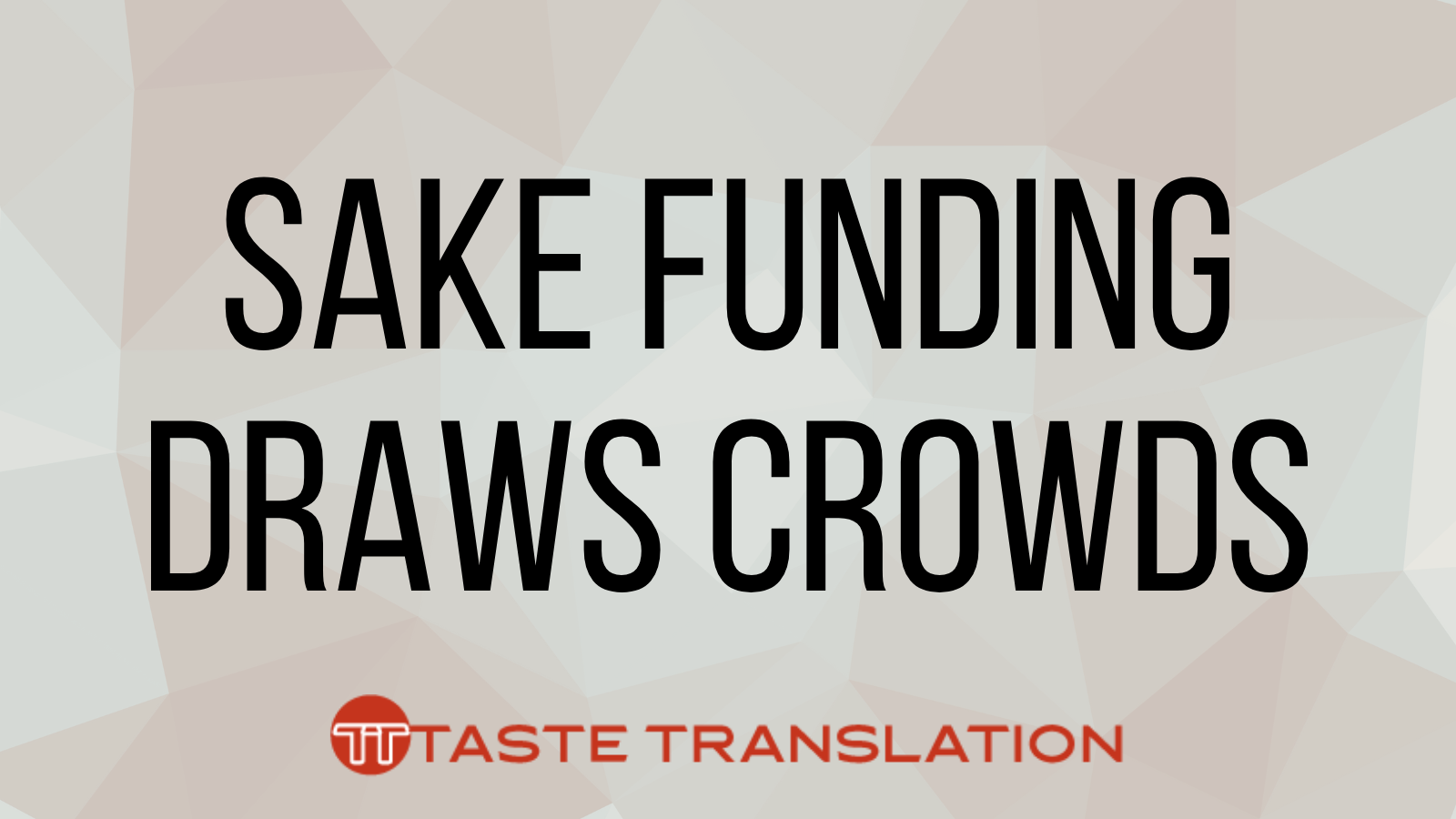 Japanese crowdfunding site CAMPFIRE has seen a few sake-related projects. More than a few. Actually, enough to warrant their own event. For March 2023, sake crowdfunding will have its own special event on the site, called Nihonshu Matsuri (日本酒祭り, Sake Festival).

As the volume of alcohol sold in Japan falls, crowdfunding has emerged as a way to support new projects and even keep businesses going.

Alcohol-related projects are popular on the site, particularly sake and beer, which account for over half the projects in that category. A “winter beer festival” (冬のビール祭り, Fuyu no Biiru Matsuri) held in 2022 raised over JPY 12 million, including one project where a single bottle sold for nearly JPY 10,000.

The Japanese drinks industry is increasingly concentrating on how to add value to their products and on developing overseas sales, and both of these benefit from the appeal of jizake (地酒, “local” sake*) and craft beer.

Looking at who has supported projects over the last almost four years, about 30-50% of the support is from somewhere other than the region which will benefit from the project. CAMPFIRE notes that regional sake-themed crowdfunding generates a lot of interest, and that they want to support new initiatives started by people in and around the sake industry.

The Nihonshu Matsuri will run from 1-31 March 2023. Participants benefit from free posts to a special page set up for the event, and will be featured in CAMPFIRE’s newsletter and social media.

*Jizake can be a tricky term – it originally seemed to mean sake produced by a local brewery for the local market, as opposed to sake produced for the national market by a large brewer. Whether that clean-cut distinction still holds today is a bit unclear, as many small breweries are doing well at national and export level, and not catering to their local communities.