More ways to spice up your sake, from a Niigata brewery 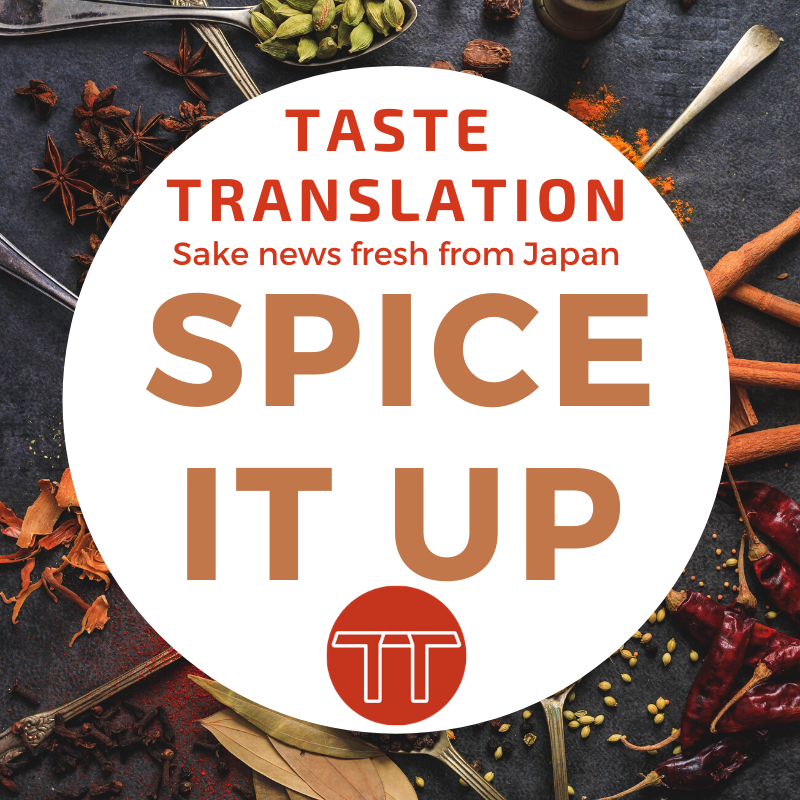 Sake Times carries a press release for a product designed to spice up your sake – literally.

Each of the three variations has its own symbol and is blended to complement one of three different cuisines: Japanese, Western and Chinese. [Where “Western” presumably means the Japanese idea of Western food, and same for Chinese, which also contains multitudes.]

The Wa (和) mix to go with Japanese food contains konbu seaweed, gobō [burdock] and ume [pickled plum] shiso. [This sounds uncomfortably like the savoury Ponshu Gria I tried earlier this year and really didn’t get on with. I love umami, but apparently there’s such a thing as too much, particularly when combined with salt.]

The Yō (洋) mix for Western food consists of cinnamon, clove and fennel, and the Chū (中) Chinese food-compatible mix is made up of cardamom, koku-no-mi [goji berry] and sanshō pepper.

The mixes were developed by and sold with Sasa Sunday sake from Sasaiwai Shuzō in Niigata Prefecture, who hope that spicing up their sake will make it more interesting to a wider audience. Just add one of the spice mix bags to a glass of sake and leave to infuse for as long as you like. (Recommended time 3 minutes.) You can also warm the sake if you prefer, and there’s a warning to remove the lid completely before microwaving.

Sasaiwai Shuzō developed the spice mixes in collaboration with Niigata specialist spice shop Sanjō Spice Laboratory. Why add spices to sake? There’s actually a long tradition of doing so, in the form of a spiced sake called otoso served at New Year with the intention of wishing the drinker good health and long life. [I think it was formerly considered medicinal.] So why not turn back to tradition in an attempt to make sake more relevant to a younger audience?

All very interesting after hearing Marie Chiba talking about sake with sanshō pepper, which Yukari Nonaka of Cacao Kenkyujō in Fukuoka also mixes into her amazing craft hot and bar chocolate.