Love sake? But would you make it? 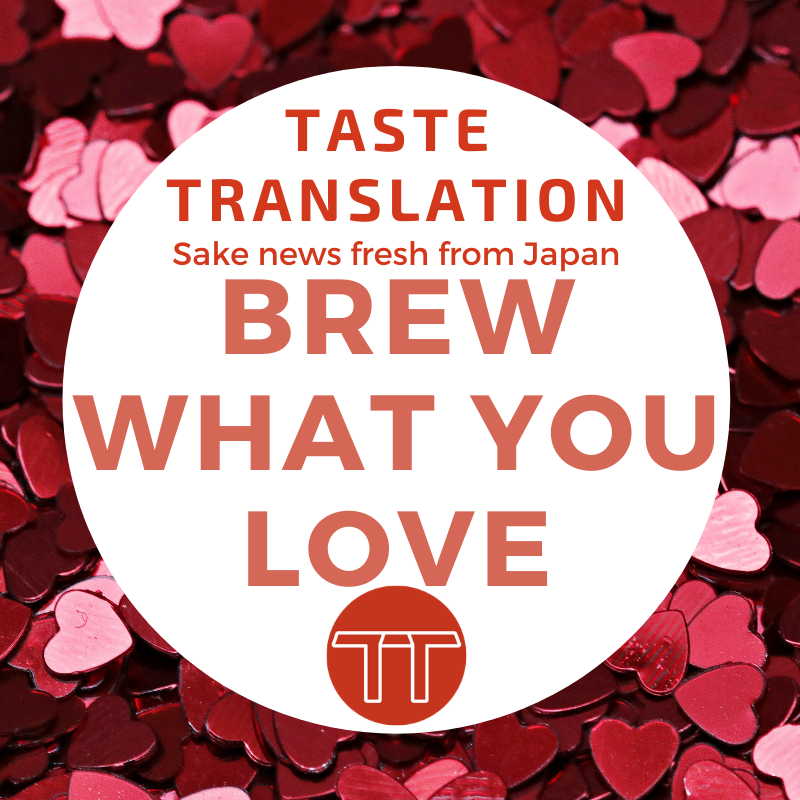 The Kochi Shinbun carries an article by Yūya Nitta [I think – couldn’t find the reading] on a brand new employee at the Suigei Shuzō sake brewery in the Nagahama area of Kochi City, Kochi Prefecture.

Their new face is Sugimoto Naoto, aged 28. After shipping out its fresh shinshu, the brewery was already active in the early morning preparing batches that will be ready in early summer.

The inside of the brewery houses lines of 26 brewing tanks, each able to hold 5,000 litres. One has a kai [櫂, wooden paddle] inside, with the open tank allowing a glimpse of the milky liquid inside with grains of rice still visible. The starch in the rice is being broken down by kōji and turned into alcohol by yeast.

Sugimoto says he’s happy to be involved in making sake, commenting that microbes do all the work and all he really does is make sure they have the right environment to do so. He crouches down and gives his full attention to stirring the tank in order to regulate the temperature inside the mash.

Originally from Hiroshima Prefecture and a graduate of Kwansei Gakuin University, Sugimoto specialised in studying groundwater. He resonated with Suigei Shuzo’s aim of bringing Suigei to the tables of the world, got an internship at the brewery in spring 2019 and then joined as a kurabito [蔵人, “brewery person”] working under the head brewer or tōji [杜氏].

Sugimoto fell in love with sake in his third year of university, while working at a yakitori restaurant in Kobe. It was famous for its range of sake, each one with its own distinctive sweetness, umami or aromatics. He was also able to experience the fascinating way that the flavour of sake changes with temperature. He started spending his days off going around sake bars.

He started considering making sake as a job after attending a number of events attended by brewery employees from different regions, and hearing about how much work each area put into their sake. Kurabito would proudly point out sake from their own brewery. There was talk of the hardship caused by decreased consumption, but on the whole they were positive and enthusiastic. He felt like their world was somewhere he could belong.

His first year at Suigei Shuzō saw him mainly responsible for washing rice. It’s the first step in making sake, and too much or too little absorption of water affects the rest of the process. Plus the washing and soaking times varied by season and even the weather on the day. It could be nerve-wracking, but there was a great sense of satisfaction in doing what he enjoyed.

As he got used to the work, Sugimoto progressed to a new stage of training in spring 2020 – growing kōji, which is essential to the entire process. It sounds simple in theory – maintain heat and humidity in the kōji room so it can grow on sake-specific rice for two days – but in reality no two days were ever the same. No batch of kōji went the same as any other, and he was told you could still be caught by surprise even with 10 years’ experience. You just had to feel your way through it.

Despite all he’d learned, he was still only in his second year. He spent every day hoping to somehow make progress towards the goals he had been set. Tōji Daigo Fujimura (37) commented that he expected Sugimoto to thoroughly understand the meaning of each activity and stage in the brewing process. After that it would be a question of how much he could draw out. Sugimoto was even someone he’d like to see as a tōji in the future.

Despite that high praise, Sugimoto has only been closely involved with half the brewing process so far. He still has a long way to go to make his own sake, but does have a certain goal in mind. Recognising that the cornerstone of Suigei’s appeal was being drunk with meals, he wanted to come up with something that appeals to people who don’t have many opportunities to drink.

Sugimoto also looks at sake as a normal consumer. He wants as many people as possible to know about the huge range of vastly different sake from all across the country, although it’s not clear how he could make that happen. Still, he believes that sake made with love can touch the drinker. So as a brewer or as a fan, he’s still in love with sake.