A way to love the new normal – sake from a tap 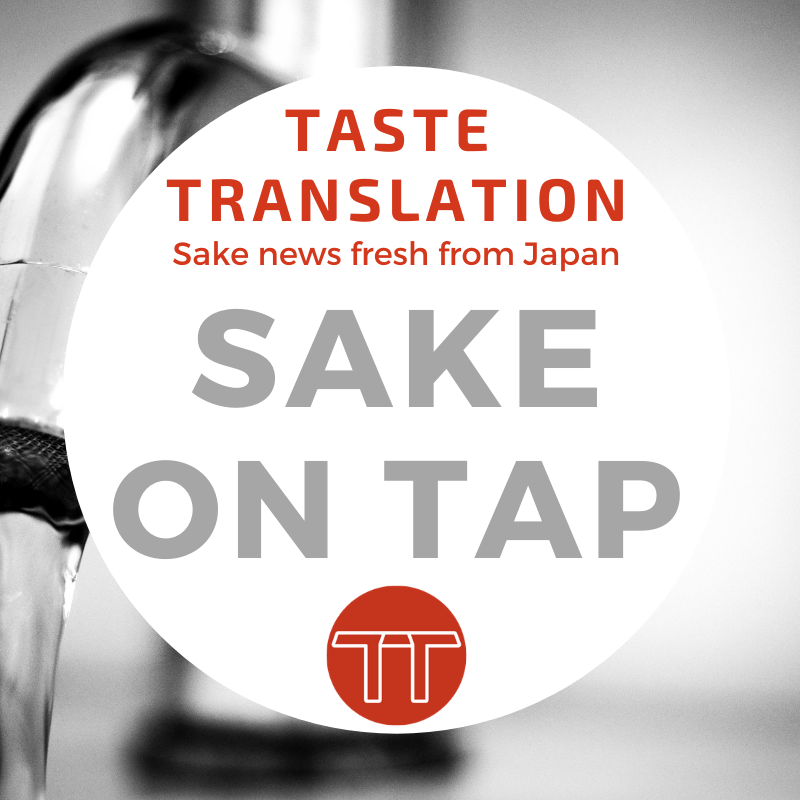 The Agara Kii Minpo news service reports on a surprising contender for “new normal” – sake on tap, or more accurately serving sake by having it poured from a tap.

Sake breweries are feeling the effect of the pandemic in the form of decreased demand, and a group of Niigata kura are turning to take away services to offer an alternative to consumers.

The Niigata wo Kome Kansai Information Centre opened in December 2019 in the Whity Umeda underground shopping centre in Osaka with the mission of promoting Niigata food products. And it will host an easy-to-use Niigata sake take away station from Wed 6 January – Wed 20 January 2021. The service is called “Sake from a Tap – New Normal” (「蛇口から日本酒 ニューノーマル」).

Recent increased transmission has meant that bars and restaurants have been asked to close, and many year end and new year events have been cancelled – both of which have dealt severe blows to the Niigata sake industry.

The sake from a tap idea isn’t new – the Niigata wo Kome centre hosted the dispensing station last year. But they saw it as a good idea to risk of transmission and brought it back in its “new normal” form to try to support their prefecture’s brewers.

The New Normal service is contactless, take away only, and features an “online kurabito” to reduce the risk of virus transmission.

Last year, users had to turn a handle on a tap to pour their sake, but the New Normal station is operated by foot pedal. The option to use an ochoko and drink on site is also gone, replaced by purchase of a special “My Nihonshu Bottle” for take away as the shop isn’t large enough to avoid being in close quarters.

A tablet beneath the tap will feature live broadcasts from Niigata brewery kurabito, allowing them to introduce the sake available on the day to customers without having to leave the prefecture.

← Love sake? But would you make it? The secret of Heiwa Shuzo's success - people, and teamwork →