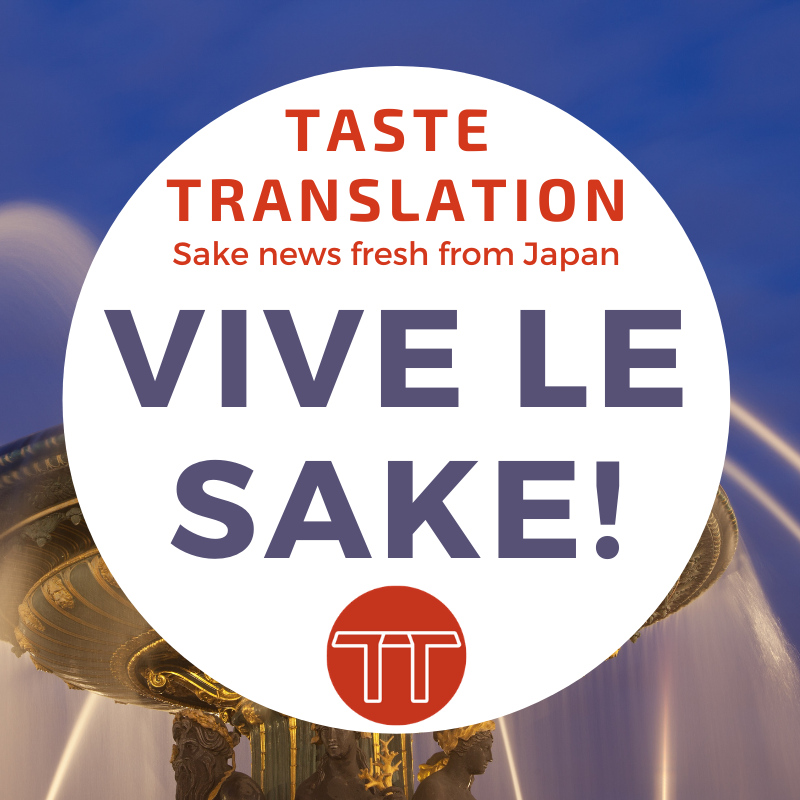 A press release on the Jiji.com site advertises the third in a series of online seminars aimed at those in the sake or hospitality industry, with sake qualifications or in relevant public/government roles.

The first Sake Ambassador seminar featured Marie Chiba, known for her sake pairing bar GEM by Moto, and the second on Tue 5 January 2021 will have WSET instructor Sarasa Suzuki talking about how to refine awareness in order to communicate the appeal of sake to overseas markets (日本酒の魅力を海外市場に伝えるセンスの磨き方).

The third instalment, live on Friday 8 January 2021 in French and Japanese and limited to 100 people, will have newly-appointed French Sake Samurai and sommelier Xavier Thuizat talking about how to communicate the appeal of sake in a way that makes overseas chefs and sommeliers want to use it.

Over 400 people attended the first session, and organisers ID10 are presumably hoping for a similar number for a session by the founder of the French Kura Master sake competition and head sommelier of l’Hôtel de Crillon in Paris. Japanpage founder Sawada will ask him questions in panel discussion style.

The article then touches on changes in the French market, and the types of food and drink that are now in demand. France ranks at a lowly number 17 when it comes to export markets for Japanese alcoholic drinks, but that situation is actually improving when you look at unit price. The French have long been fascinated by all things Japanese, and over the last 10 years sake has come to be served not only at Japanese restaurants but also by leading French restaurants. There is also a growing awareness of sake as a drink suitable for pairing.

These developments come on top of other trends in French food culture, including greater consciousness of healthy foods, increased consumption of a more diverse range of vegetables, smaller portion sizes, and fewer rich sauces to flavour dishes. Modern French cooking focuses on the taste of the ingredients and seasoning them to bring out their flavours, a shift that opens up a place for sake on French tables for dishes where wine is no longer the ideal accompaniment – for example where the dominant flavour is umami.

Xavier Thuizat discovered sake during this period of change, and sees possibilities in sake that simply don’t exist in wine. His work as head sommelier at The Peninsula Paris, then at l’Hôtel de Crillon, led him to start Kura Master as a competition with French judges selecting sake to match with French food.

He believes that for sake to be chosen by the French hospitality industry, those professionals have to be asked directly for reasons why they want to use sake. During the session, he’ll talk about how he explains sake to his extensive network chefs and fellow sommeliers. How does he approach people whose main experience is with wine, and interest them in sake instead?

He’ll also talk about pairing sake with French food, how gaps in traditional wine pairing open up opportunities for sake to move onto French dinner tables, plus the qualities that he thinks sake should emphasise when it comes to overseas drinks markets. There are also things sommeliers can do when suggesting a drink to go with a dish that go beyond just explaining it, using engaging presentation and creative expression to excite diners, which can be used to great effect when promoting sake.

The conversation will also include adjusting sake branding to appeal to an international market and increase consumption.

There will also be a live tasting session with five sake, where Xavier Thuizat will explain what kind of tasting notes he takes and how he evaluates sake.

The seminar will cover:

← Sake combines with bean-to-bar chocolate Love sake? But would you make it? →