How pairing could help restaurant recovery 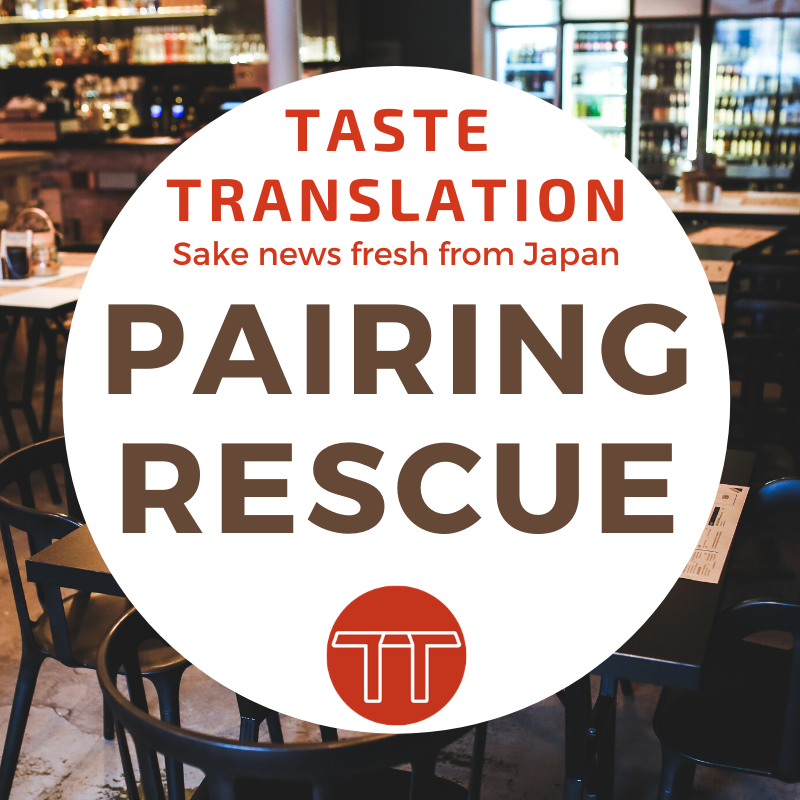 Mari Ariki reports for IT Media Business Online on an intriguing claim – that pairing, such as wine and sushi or sake and soba – will be the salvation of the hospitality business after society recovers from coronavirus.

She comments that although pairing is classically for matching food in individual courses with wine, with many classic combinations like white wine with fish or red wine with meat, matching based on place of production, or sweet wine with salty dishes, the discipline is starting to broaden its horizons by including other drinks like sake and cocktails and appearing not just in relatively expensive restaurants but also in non-alcoholic areas like tea pairing.

Pairing brings a new richness to the consumer’s experience of food and drink, and also new opportunities on the business side. And, Ariki adds, it gives vital clues to the restaurant industry on how to survive post-corona.

She then goes on to give a few examples to explain why pairing is so important: first, pairing pioneer French restaurant L’AS in the Minato area of Tokyo.

They only offer French menus with 8-10 items for JPY 5,000 (before tax), a wine pairing for an additional JPY 5,000 (or non-alcoholic pairing for JPY 2,700). Their narrow focus on one multi-course menu shows their dedication. As can be seen at this in-demand restaurant, the attraction of a multi-course menu spills over into added value for the wine paired with the dishes.

A second example is pairing dinners at specialist restaurants. Nagi in Waterras, Chiyoda, specialises in soba and other Japanese dishes, and also offers pairings dinners as a “soba izakaya” where they present drinks that harmonise with dashi-based dishes. They start by raising a glass of rare craft beer made by a sake brewer, followed by a refreshing sake highball to go with fried dishes. Sweet and spicy duck sukiyaki is served not with a refreshing sake, but one known for its big-boned flavours. This allows them to put together a menu that showcases their own careful use of ingredients and suppliers. And there are many other possibilities open to restaurants that specialise in one type of cooking, such as yakiniku and sake, sushi and wine, or yakitori and wine.

Third, many innovative restaurants are experimenting with pairing – the type of place that tries to stand out in the crowded dining scene by giving diners a theatrical experience at the counter. Many dishes are cycled through rapidly, with emphasis placed on the stories used to explain the food and drink. A perfect example is the ground-breaking restaurant 81 in Minato, Tokyo. A particular theme always determines the choice not only of food but also the drink to go with its story. They serve not only wine but also mixology-informed cocktails (using vegetables, fruit and herbs), with the story as the final flourish. 81’s multi-course menu changes with the season, but always has stories to go along with it as the restaurant changes to adapt to unexpected themes such as ballet or morphs to become an indoor forest.

It goes beyond just eating out to become an evening’s entertainment in its own right.

A fourth example is pairing dinners that showcase the products of a particular area, perfect for local restaurants and not just big city ones.

État d’esprit is the restaurant for the Azure The Villa All-Suite resort on the Okinawan island of Miyako, famous for native chefs making creative use of local ingredients working with Okinawan sommeliers pairing them with local awamori. They put great care into choosing drinking vessels as well, and remix the classic hire-zake [warm sake with a grilled fugu fin] by using local steephead parrotfish instead.

Their pairings underscore the charm of staying local, and also act as an important platform for education.

Some more examples show that pairing isn’t restricted to alcoholic drinks either. It’s another option for restaurants that offer conventional pairings, or can stand alone such as a tea pairing menu. Spice Café in the Kuroda area of Tokyo is a popular restaurant for spicy food, and offers seven dishes paired with five types of Chinese tea.

Non-alcoholic drink pairings also serve to expand the market for pairing overall, as they’re appealing to both drinkers and non-drinkers.

If you need another example, a slightly different one is – bread pairing! Each dish at CRAFTALE in Tokyo’s Meguro district has its own story, which is compelling enough, but they also serve different bread paired with each menu. This kind of original pairing is starting to show up in more and more places, and Ariki suggests that triple-pairing, such as this food plus bread plus drink, will also increase.

Why is pairing so popular? Why do people go to places that offer them? Ariki proposes three reasons why pairings attract customers.

First, consumers suffer from information overload and decision fatigue. There are so many good places to go to, all with extensive food and drink menus. It’s hard to know what to choose, and pairing menus fix that problem. Everything is laid out in advance, so all the consumer has to decide is where to go.

Second, it increases the enjoyment consumers get from a meal. If they’re stressed by having to suggest or choose drinks in a business context, they don’t have to worry with a pairing menu. If it’s a romantic meal, they’re spared having to interrupt conversation to order drinks, letting them enjoy the occasion. And everything is included in the menu so there’s no need to continually be adding up the costs of drinks in their head.

Finally, pairing allows each restaurant to display their personality to the full by selecting the best drinks for their dishes. It’s easy to strike up conversation and deepen relationships with diners when they ask why a dish and a drink go together, and entertain them with outlandish combinations. Stories make the food taste better, and consumers can appreciate the value of the pairings. They even learn and satisfy their curiosity as they eat.

The pairing menu becomes the restaurant’s strongest recommendations. Customers are more satisfied, more likely to come back and more disposed to leave good recommendations or positive posts on social media – which leads us to advantages for restaurants.

First is stable unit pricing. With a pairing menu, prices of both food and drink are set in advance so calculations are simplified just as with all-you-can-drink plans.

Second, making a pairing menu the restaurant’s main one simplifies management of raw ingredients and makes it clear exactly how much of each dish and drinks are needed. No need to keep more in stock just in case, minimising waste.

Finally, it helps restaurants specialised in one type of cuisine to differentiate themselves from others, particularly as they’re not just competing against each other. As lifestyles change, people may become more likely to get takeout instead of eat out – restaurants have to offer something diners can’t get without coming to them. Specialisation is one way to stand out, but many restaurants take that path so specialisation alone is not enough. Could pairing be the secret ingredient?

Another question is how many people are aware of pairing. Hotpepper Gourmet Eating Out Research surveyed 1,032 men and women aged between 20 and 59 from all over the country, and found that only 19.6% had tried pairing. However, 76% of those who had tried it would try it again, and of those who hadn’t 56.4% said they wanted to.

The survey also asked about non-alcoholic drinks pairings, which also seem to have a promising future. 60% of those surveyed hadn’t tried a non-alcoholic pairing but wanted to, most of them aged 20-30. It’s hard to make good margins on customers who order a la carte without alcoholic drinks, which may be an issue for the hospitality trade. So pairing menus may offer a way around the declining numbers of young people drinking and improve unit prices.

As the pandemic continues, more people may continue to stay at home and eventually change their lifestyle for good, including their eating habits. As they eat out less frequently, the lines between cooking at home, takeout and eating out may start blur, making a trip to a restaurant into something special again.

What does dining out offer that home cooking or takeout doesn’t? There’s value in both service and other peoples’ involvement. And, maybe, value in the role of the story teller, which makes pairing more than just service.

As people change how they work, demand for official events like receptions and corporate dinners may recover more slowly than individual consumer demand. In particular, the largest events may take the longest time to recover, with private dining for family, friends and small groups recovering first. Pairing is perfectly suited to small groups, making it a good tactic for restaurants to use as they build themselves back up. And provide an opportunity to remind consumers of why they started going out to eat in the first place.