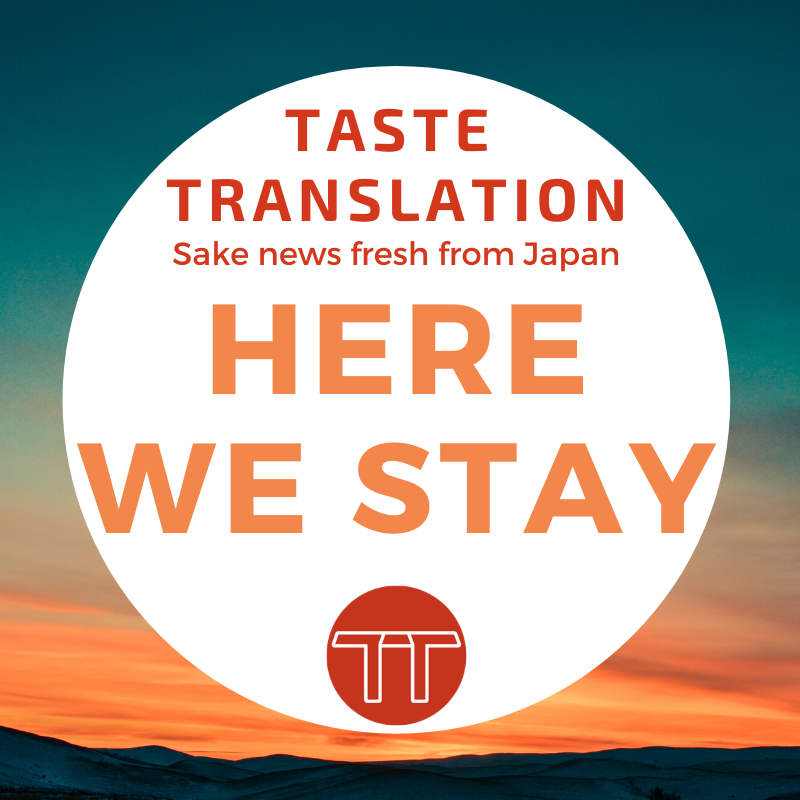 Yahoo Japan News covers a different, more severe and more recent drop in sake consumption than the gradual decline since the early 1970s – a collapse in demand as bars and restaurants close as part of measures to stop the spread of the new coronavirus.

Saitama may not the first place you think of for sake, but as a prefecture it has the fourth highest volume of shipments in the country. [This may be due to having a small number of large breweries, or secondary sites of large breweries, and/or proximity to the large Tokyo market.] Faced with a crash in consumption, the Kamaya brewery in Kazo, Saitama are trying out new approaches, including selling sake to a market that will be enjoying it at home.

Founded in 1748, Kamaya’s products have always been popular with locals. Thirteenth generation owner and CEO Junichi Komori points out that the current brewery has stood here for 130 years. The plaster-walled building formerly used to press brewed sake is now used as a storehouse. The family hired many local people to build the brewery during severe famines in the Meiji period, although they currently brew in a newer building next door.

Kamaya ship around 200 kilolitres of sake every year, although that figure has fallen sharply this year due to measures to control coronavirus. Komori says the main cause is the lack of sales through bars and restaurants, and overall their sales have fallen to half of what they were the previous year. They made and sold a disinfectant alcohol spray in an attempt to compensate for the loss, donating it to Kazo City so that people would be able to use it. They also realised that stay at home measures would give people more opportunities to enjoy sake at home, and took it as a sign to start developing new products optimally sized for home consumption.

Komori introduced three types of namazake designed for summer drinking. The sake, stored without pasteurisation, was released as Kamaya junmai ginjō namachozōshu limited editions on 26 June 2020. The sake is made from Gohyakumangoku rice grown by local farmers, through relationships Komori has developed over many years. Kato City actually grows the most rice in all of Saitama Prefecture and all the brewery’s raw ingredients – sake-specific rice and water – is local, as his aim is to brew sake with deep roots in its place of production.

Reporter Miyata tried the sake and pronounced it very pleasant, with lots of rice-derived sweetness. Despite the current harsh conditions, Komori intends to carry on developing links with the local community, pointing out that although he can’t increase quantity in these circumstances he can improve quality and thereby give his customers something to enjoy. He notes that half of their production is still consumed inside the prefecture, and this support keeps them going. He has no plans to stop or to brew sake anywhere else.