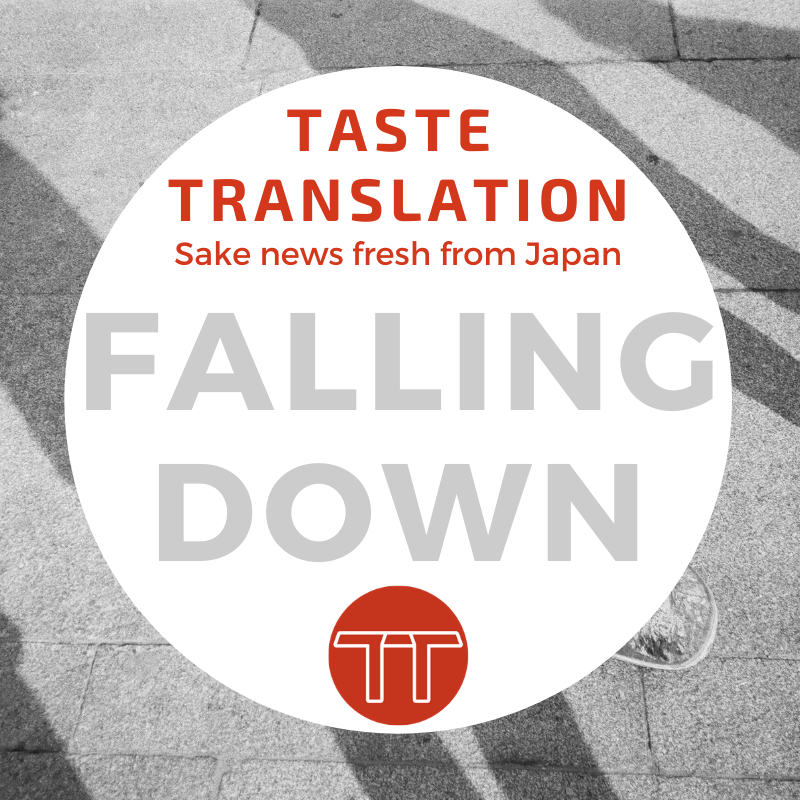 A report in Nifty News edited by Tamaki Tokita points out that when you talk about Japanese drinks, sake is one of the first to come to mind, but the quantity of sake consumed in Japan been steadily falling for decades.

It started into a mild decline in the years after 1973, and now consumption is 1/3 of what it was then.

Part of the decline is down to young Japanese people turning away from what is one of their national drinks, and a recent Chinese news report looked into why sake exports are thriving while it goes ignored at home.

First of all, there are many more drinks available than there used to be, giving young drinkers much more choice. Beer, wine, cocktails, brandy, shōchū… Why limit yourself to sake?

A second reason is changing tastes among the younger generation. Sake has a lot of sweetness, but also many components that trigger umami on the tongue – something seen as quintessentially Japanese. However, change is inevitable and the Japanese taste for umami is not immune. The persistent image of sake as “what granddad drinks” among Japanese youth also makes them keep their distance.

Another factor is increasing health-consciousness. Sake contains sugars, so drinking it in quantity means racking up the calories. Alcohol itself is low-calorie, making brewed drinks like shōchū or brandy a more natural choice for health-oriented young people. [I can only imagine that “brewed” here is a typo for “distilled”.]

Despite all this, sake consumption is growing overseas year on year, and it’s particularly popular in neighbouring Asian countries such as China, Hong Kong and Taiwan. So although domestic consumption of sake is falling, the sake industry still profits. [Not sure if I should be looking for typo here too.] Recent years have seen high-priced premium sake sell overseas for large amounts, and there recently seems to be a reverse-import phenomenon where its popularity overseas has led to a slight recovery at home.

It’s been a while since I had an article I ended up muttering “cite your sources” at.

Exports in the sake industry are around 4%, maybe 5%, with some breweries exporting a significant amount of their production while others export nothing at all. Breweries who export have been hit hard by cancellation of orders as bars and restaurants are shut down in other countries (see links below). So I don’t buy that increased exports – a drop in the ocean to start with – are bolstering the sake industry in any significant way. The idea of reverse-importing some popularity for sake is a nice one, although I haven’t seen much in the way of evidence for it.

The notion of shōchū being “healthy” surfaced in another discussion recently, and it struck me as being a bit too good to be true (and something people would want to believe to justify not changing their habits). Finding a straightforward answer has proved more elusive than I thought, but sources like DrinkAware from the UK National Health Service (NHS) state that alcohol has 7 kcal/g, nearly as many as fat. There seems to be some disagreement about whether alcohol calories are absorbed in the same way in calories from food, which may lead to claims of alcohol being low or “zero” calorie.

Shōchū and other distilled drinks (neat) contain less sugar than sake, beer or other fermented drinks, making them look lower-calorie (if you assume alcohol has no calories, which is not even remotely clear). But “low calorie” is not at all the same as “healthy”. As the DrinkAware article also points out, alcohol is a toxin and the body can’t do other things while it’s busy trying to break the alcohol down and get rid of it – like absorb nutrients from food. You can’t get much less healthy than that.

So, enjoy! In moderation.