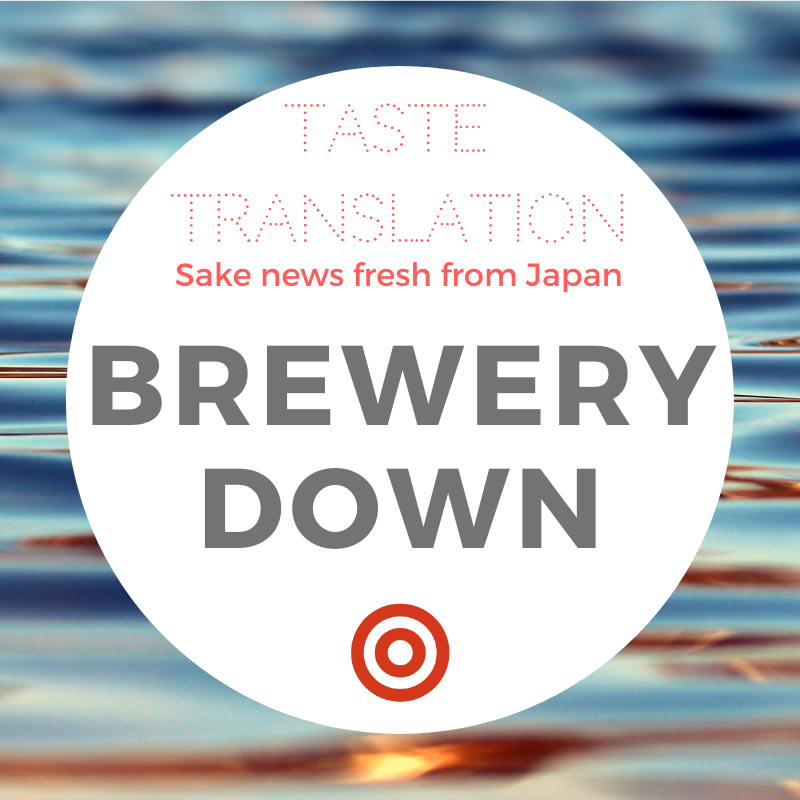 Jiji.com reports that many breweries were affected by flooding caused by typhoon 19 (Hagibis), which left brewing rice and facilities underwater and at least one brewery owner unsure if they could resume operations. While his heart sank when he realised the extent of the damage, his hopes were also raised by calls to “support breweries by drinking their sake” on social media.

The Abukuma River broke its banks during typhoon 19, causing extensive flooding in the city of Motomiya in Fukushima Prefecture. Daitengu Shuzō, founded in 1872, was flooded to about 50 cm, and president Shigetoshi Itō (64) was devastated to find that the rice he had stored ready for brewing was ruined.

He planned to start brewing the week of 21 October 2019, but their brewing equipment was also damaged which made it impossible. Itō said he was in talks with the Brewers’ Association and rice farmers to first try to secure more rice.

The milling facility in Koriyama City used by many local breweries was also flooded, damaged both the milling equipment and rice stored there. The facility needs time to start operating again, so the Brewers’ Association started looking for another milling plant, but this will delay brewing at all of the breweries the Koriyama facility was serving.

Many were moved by the damage and distress, leading to supporters mobilising on social media and calling for people to drink sake from the disaster-hit areas. A stream of customers came to Daitengu to buy bottles with damaged labels, eventually buying everything they had on offer. A woman in her 50s  from Koriyama commented that buying the sake was about all she could do, but she came in the hope that she could offer some support.

The brewers are also supporting each other, such as the Kinsuisho brewery in Fukushima City who sold Daitengu’s sake in their own shop. Itō also noted that people had come forward to volunteer for cleaning up the brewery, leaving him overwhelmed with gratitude.