The uni that benefits sake students long after graduation (1/2) 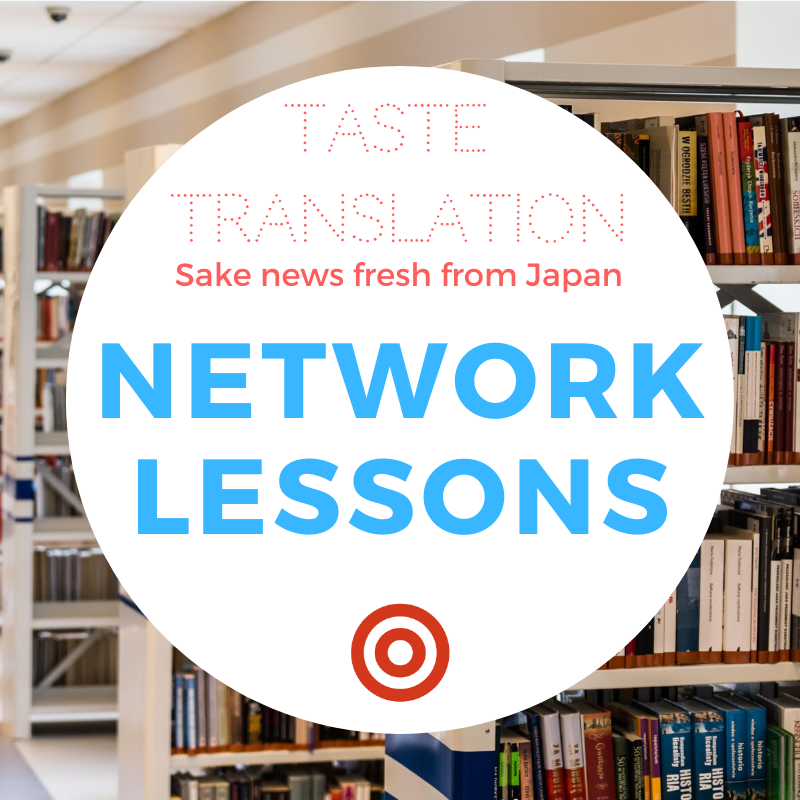 Nikkei Business Farm has a long and fascinating article about one sake brewer network you might not have heard of – the Tokyo University of Agriculture.

The total value of exported sake reached JPY 22.2 billion in 2018, an increase of 19% on the previous year. Volume exported increased by 9.6%, and new records have been set continuously over the last nine years. Sake is winning at international competitions, and demand from the West is predicted to continue growing. Will the industry be able to break through and open up new markets while domestic consumption continues to decline? The Department of Fermentation, part of the school of Applied Biosciences at the Tokyo University of Agriculture (Tōkyō Nōgyō Daigaku, aka Tōkyō Nōdai or Nōdai)  is preparing and supporting a new generation to move into the sake industry as it faces these big challenges.

It’s a common phenomenon in many industries, and even in professional baseball – a small number of schools or universities turn out a large proportion of the best players. But few others can boast the coverage achieved in the sake industry by the Tokyo University of Agriculture. A survey of the nation’s 1,936 brewing companies in 2016 revealed that 50% of their employees were Tokyo Nōdai graduates. (1,391 companies responded, response rate 71.8%)

Today, it’s not unusual to have two or even three generations of kuramoto in family-owned businesses who are Tokyo Nōdai graduates, says Professor Masaru Hosaka of the Department of Fermentation. The department was founded in 1950, originally as a short course with entrance restricted to the successors of family-owned brewing companies, expanded in 1953 to a full department with the aim of providing higher-level specialist education.  1998 saw its name changed to the Department of Fermentation Science, but in the 69 years since it was first created it’s the only facility in the country to have “fermentation” in its title. Its graduates work not only with sake, but also fermentation of miso and soy sauce, and brewing of wine and shōchū. They’re everywhere, including the first Japanese winemaker in Australia and the kuramoto of a shōchū distillery who starting making whisky.

The previously numerous sake producers once offered a way to use surplus rice produced by efficient local farmers. There was total division of labour between the kuramoto as CEO, who entrusted sake production to the tōji as CTO.

The first person to believe that the CEO should also understand the technical side was Kaneyuki Sumie, the first head of department.

Sake is produced by scattering kōji spores on steamed rice to create kome-kōji, the kōji saccharifies carbohydrate, and then yeast turn that sugar into alcohol. It’s a complex process that requires systematic knowledge and technique. Hosaka says that Sumie, himself the fourth son of a kuramoto, argued that a specialist department to teach fermentation was essential and he established it with the aim of training up successors to sake breweries.

The period of high economic growth after WWII created more leisure, and an accompanying increase in alcohol consumption. Beer consumption grew rapidly. Jizake [locally produced sake] came into the spotlight during the 1970s as part of a campaign by the national railway company to encourage individuals to travel and “discover Japan”, leading to a surge in popularity for brands such as Koshi no Kanbai. Ginjō sake – milled to 60% or less and brewed slowly at low temperatures – became popular in the late 1980s, the beginning of Japan’s financial bubble.

However, wine and shōchū also increased in popularity, and sake production by volume peaked in 1973 followed by continuous decline. This problem was swiftly followed by another: ageing tōji.

Tōji guilds were once common in important agricultural areas, because sake breweries operated in the winter and therefore employed farmers and fishermen in their quiet season. But as the whole country became more prosperous, working patterns changed and fewer people were willing to leave their families for half the year to work.

Hosaka comments that in those days the best tōji commanded the same salaries as star athletes, and were increasingly fought over as their numbers decreased. The price of keeping one on eventually became a financial strain.

This is where Tokyo Nōdai comes in: to educate future kuramoto who also understand fermentation, creating kuramoto-tōji, or CEO/CTOs. The phenomenon started with Takagi Shuzō, makers of Jūyondai. Their tōji retired after becoming too old to carry on, and no-one else in the brewery had the experience to replace him. Akitaka Takagi, company president at the time, took over and through trial and error created the new style known as hōjun umakuchi. [芳醇旨口, mellow and savoury]

Seeing the young but passionate Takagi inspired and encouraged other young kuramoto, and Hosaka notes that many Tokyo Nōdai graduates started making the sake at their own breweries. The staff at the Department of Fermentation had always encouraged them to think about developing new products, been there to advise them when they ran into problems, introduced people who could help each other, and built connections between their graduates. Hosaka and his colleagues thought nothing of it.

What makes this network so strong?

One answer is Tokyo Nōdai’s focus on applied science. It currently has six schools and 23 departments, but each and every one stresses applied science. Learning happens not only in lectures but also through practice, allowing students to acquire real-life skills. The same goes for the Department of Fermentation, where on-site practical training for kuramoto starts in the first year of fermentation studies. Students train on-site at breweries, including sleeping there, learning about brewing but also how to run a company. This focus on applied science creates a huge horizontal network of people who have met face-to-face, where almost anyone is a friend of a friend.

How can these former students ask favours of each other when they’re competitors in the same industry? The answer came from Masumi Nakano, fourth-generation president of the Dewazakura brewery. His father, third-generation owner Seijirō Nakano, also studied fermentation at Tokyo Nōdai.

Dewazakura Shuzō has taken on future kuramoto as trainees since 1986, contributing to the education of 17 future brewery owners to date. There’s no set training curriculum, but trainees are started off in the same way as new employees – on the bottling line. In winter they sleep over in the brewery to prepare the moromi. Masumi points out that since the brewery has no automation whatsoever, even he has to sleep at the brewery sometimes. Trainees stay one night out of every four, and help him prepare the moromi for their daiginjō. The training usually spans two years, he explains, allowing students to experience both brewing techniques and company management – everything, right down to seeing his own staff disagreeing with him. He hides nothing from them.

And that doesn’t bother him at all, because ever since he started being open about their techniques he has gained new insights. If he didn’t share information and wasn’t looking out for it, he wouldn’t learn the truth from others. And sharing information contributes to the growth of his industry as a whole.

Survival is the most important thing, Masumi emphasises. It’s not enough for him to be the head of management for five or even ten years, the industry itself has to have a secure future. And the trainees, students and graduates who worked with him and share his objectives must feel the same.

For example, when he hears about a new sake-specific rice variety developed in Ishikawa, he asks an contact in Ishikawa what its characteristics are. Or if a shop he hasn’t dealt with before approaches him to stock his sake, he’ll ask other breweries in the area what kind of people they are and what distribution network they have. Unrestricted by geography or age, the network is everywhere.

Masumi reflects that the sake industry is one of the few where first and third generations have contact and learn from each other. Even if you can’t return the favour to those who came immediately before you and helped you, you can still create connections by paying your debt of gratitude forward to the next generation. He believes this is the source of the trust that can be seen in the history and tradition of the sake industry. It’s not restricted to Tokyo Nōdai, but it’s very much part of how the university operates. He remembers being treated that way by former students when he was at university.

Having young trainees giving it their all in the brewery is also inspiring for him. They all throw everything into making the sake they’ll take to the National New Sake Appraisal. Many of their former trainees still come back to visit, including Yasuhisa Hagiwara of Hagiwara Shuzō (makers of Tokumasamune), Chikara Urazato of Urazato Shuzō (makers of Kiritsukuba) and Yūsuke Nagai of Nagai Honke (makers of Tonenishiki).