A young kuramoto looking after more than just the brewery 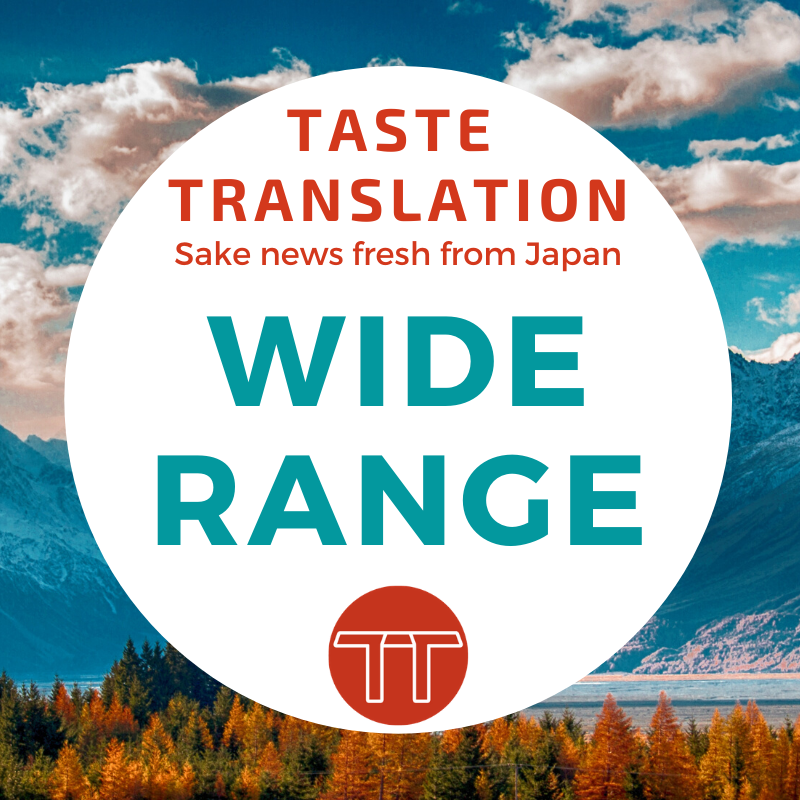 Aiga Suzuki reports for the Forbes Japan Career “Do you know this job?” column on a traditional occupation being given a new lease of life to allow it to carry on.

The Miyasaka sake brewery in Suwa, Nagano, is famous for its Masumi label. But the young head of the company president’s office – who is also the president’s son – isn’t resting on the brewery’s laurels or staying inside the kura – he’s out and about in the community getting involved in regional development.

The article starts off by asking the reader to imagine themselves as the successor of a traditional craft business, and then goes further by asking what kind of training they would seek out, and where, to take it over.

Another question. In today’s world where the pace of change is constantly increasing, how can you mesh the wheels of craftsmanship and business? Technical skills and revamped PR strategy, global exports, systems development… it never ends.

The article focuses on Katsuhiko Miyasaka, the “young master” of the Miyasaka family who have been brewing in Suwa since 1662. He had already decided to carry on the family business when he started university. With the question of appropriate “training” in mind he chose to work in another industry after graduating to get more experience, and took a position in a department store. In this interview, he talks about the company and his attitude to the local community.

The first point he raises is that you can’t get away from either craftsmanship or philosophy, something he discovered while working as an employee.

The department store industry, like sake brewing, is full of long-established companies.  That’s one reason why Katsuhiko decided to try for a position at a department store, as he believed the expertise his family had developed over the company’s long management history would serve him well.

He spent his first year working in the womenswear department, and managed the food hall in his second. He came across many popular brands as part of his work, and realised that all management decisions were made in accordance with the brand philosophy.

These popular brands planned not only their products and shops, but also their marketing so as to reflect their corporate philosophy. They recruited people with consistent values to work in their shops. Katsuhiko was struck by how far they thought it was necessary to go in order to be loved by their customers.

His next position was at a specialist sake wholesaler with an office in London. He dealt with sales to bars and restaurants, which let him witness the global spread of sake with his own eyes.

Europe was full of luxury brands, from wine and whisky to perfume and chocolate. While living there, he hardly went a day without coming across some real-life example, once again struck by their thoroughness, and started to live and breathe their type of branding.

His experiences at the department store and in London brought him to the conclusion that this combination of unwavering corporate philosophy and unbelievably thorough approach to business was the only way for small businesses to survive in the luxury products market.

After working in London, Katsuhiko returned to Japan and to the family business. Although it was familiar to him from childhood, now that he was actually working there he could see several areas in need of drastic change. And one was pricing.

Making great sake takes not only time but also money. But at the time the company set their prices based on what they saw as the going rates in the industry, which weren’t commensurate with the cost of production. There was nothing left over for sales promotion, and very little profit, and these problems were starting to affect staff satisfaction and the character of the company.

And there was another unavoidable issue, namely that the sake industry’s biggest consumers, baby boomers, would start fading out of the market in a few years. If the company carried on as it was, it would inevitably decline, and this was a fate Katsuhiko remembers wanting to avoid at all costs. But what could he do? His first step was to propose a new philosophy for Miyashita Shuzō.

It didn’t come out of nowhere, instead on based on the philosophy cherished by owners for generations: not selling on the basis of eccentric features but instead to polish the heart, develop people, carefully select rice and only seek out what is genuine.

The first place Katsuhiko went to put this ideal into practice was the heart of the enterprise – the brewing process. He shifted production towards using the No. 7 yeast originally discovered at the brewery, switching over to products that embodied a unified philosophy.

Before he came back to the family business, the big urban markets were in love with sake with powerful and rich aromas. Pursuing that trend unfortunately resulted in a product range without any unifying features. His key to escaping from this behaviour was the No. 7 yeast.

This brought them into direct conflict with the fashion of the day, as No. 7 produces a sake with mild flavours that brings out in the best in food. He encapsulated these less self-assertive qualities in the new philosophy of “bringing together people, nature and time”, enabling the brewery to devote itself single-mindedly to developing products based on No. 7.

He also stepped up brand communications. The days when a product would sell just because it was good were gone. He revamped the company site to communicate their history and philosophy, and implemented new, targeted marketing activities including social media and video.

Needless to say, these strategies required a lot of time and energy. But when he looked back, he found that his father and grandfather had also made changes to keep them in step with the times and faced their own challenges, which had made the company what it is today. So it was with a sense of mission as the successor of Miyasaka Shuzō that he started making his own changes.

While bringing his family’s company up to date, he also started to think about the condition of the local region. After all, the flavours of Masumi are derived from that local community. All breweries use basically the same raw materials, but the area where they are based and its distinctive climate and water give different flavours to each and every sake. The sake that Miyasaka Shuzō makes can only be made in Suwa.

Sake brewing relies to a great extent on the skills of its craftsmen, the brewers or kurabito. When these people are serious about their work and bring their concrete skills to bear, the results are phenomenal. The surroundings they and the company live in also needs to be prosperous and stable to create conditions where they can put their heart and soul into their work. So Katsuhiko set out to make the small town of Suwa a strong community.

One concrete example is publicising the area’s food products and landscape to increase its appeal. As a traditional food producer himself, food was an easy strategy to get involved in. He teamed up with local ryokan, bars and restaurants to develop and offer menus of with ingredients and cooking styles only available in Suwa as one means of promoting the area to consumers outside Nagano Prefecture.

On the financial side he avoided targeting large cities, making Suwa a model attractive region similar to Bordeaux in France. As well as serving as a form of gratitude to the people of Suwa, it would make Miyasaka Shuzō stronger in the long run.

Katsuhiko was also included in the “HANDRED” group of young people business representatives working in traditional food in 2013. Most soy sauce and rice vinegar produced and consumed in Japan today is not made by traditional means. The members of HANDRED are committed to keeping the historical production methods and flavours of Japan alive, using websites and a variety of events to call attention to these threatened forms of craftsmanship.

He also took part in the Regional Revitalisation Training Centre Project, a corporate social responsibility project led by Kirin Beer, in 2019. It allowed him to network with other food producers involved with regional revitalisation, and gave him access to ideas on how to reinvigorate local communities and case studies with example solutions to regional problems.

He still keeps in touch with the other members of this group, meeting online and sharing information on their progress almost weekly. Even though they’re scattered across the country, it’s heartening to connect with others who are trying to revive their surrounding area.

Both regional revitalisation and branding are long-term endeavours that require steady and constant activity. Even with continued effort, maybe only one in a hundred people reached will become fans. Regardless, he still considers that thoroughly implementing ideals in the business, attracting new fans and building up his network is essential both to Miyasaka Shuzō and to the region.

The recent pandemic has seen more and more people staying at home, sharing images of cooking for themselves – food is back in fashion and dearer than ever to people’s hearts. Many are also thinking of leaving the close quarter of cities and going back to the countryside. So Katsuhiko’s strategy of making Masumi and Suwa the sake and region of choice seems to be a winning one.

← How does a sake earn the name Harima? One sake brewery trying to stay afloat during coronavirus →