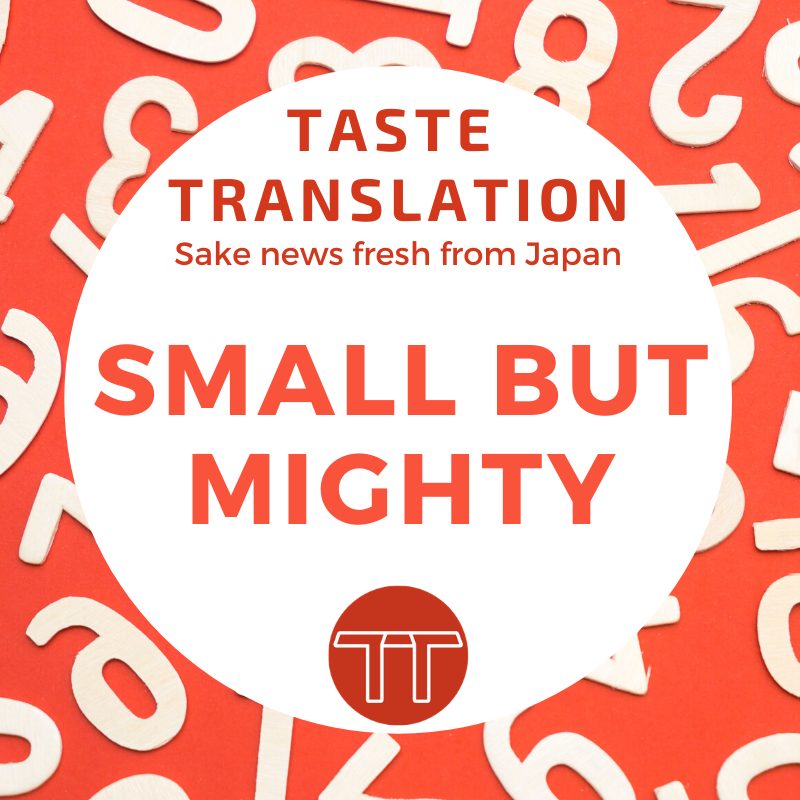 The Mainichi Shimbun reports on an announcement on 8 April 2020 by the Koto no Osake de Kanpai shiyō Jikkō Iinkai [古都のお酒で乾杯しよう実行委員会, Committee for the Implementation of Kanpai with Sake from the Old Capital. No, seriously, Japan seems to love organisation names like this.].

The group is made up of Nara Prefecture sake brewers and other interested parties, and was promoting the launch of a low-alcohol genshu, a style that has recently become popular among sake connoisseurs for being intense in flavour but still easy to drink.

Yatagarasu 13 is just 13% alcohol by volume, in contrast to normal genshu which tend to be around 18%. Commercial release of this kind of sake has been held back by the difficulty of maturing sake while not allowing it to continue fermenting, and this is the first product of its kind to be released in Nara Prefecture.

The new sake is brewed by Kitaoka Honten, well-known in the sakedokoro (sake centre) of Yoshino for their Yatagarasu label. Their tōji Daisuke Natsume (31) was particularly interesting in taking on the challenge of brewing a low-alcohol genshu, and commented that if you just don’t let the sake ferment it also has no flavour. Instead it requires a very labour-intensive process from maturing at near-freezing temperatures to prevent fermentation right through to bottling.

The sake is popular for its fresh sweetness, similar to a sweet white wine, but unlike other low-alcohol sake that have been diluted it retains the full flavours characteristic of genshu.

Eisaku Imanishi (49), who heads the office for the Association wholesaler Izumiya, commented that the flavours of junmai daiginjō and other high-quality styles produced by other breweries have all become pretty much the same, but this sake is completely different. He hopes other breweries will rise to the challenge of making their own version.