Wine sommelier takes sake back to its sweet – and sour – past 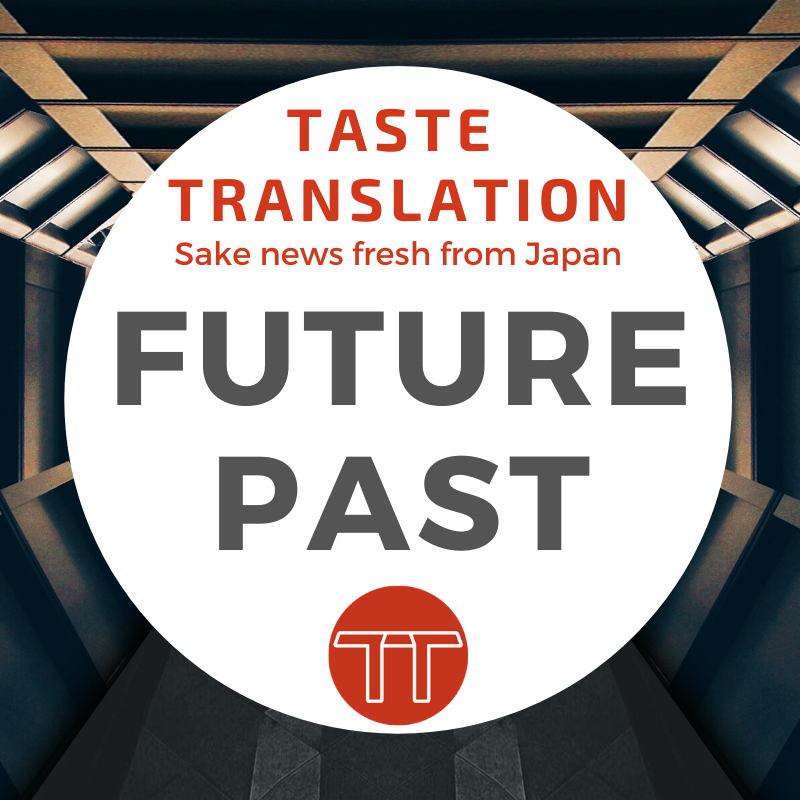 The “Punk Nihonshu” column in Excite News looks at another unusual brewer – this time a former wine sommelier who left the wine world to brew his idea of “natural” sake.

Kazuki Usui is the 11th head of the Senkin brewery, which has been passed down through the family since its foundation in 1806. While he makes a point of learning from the past he’s also not afraid of change. And background as a wine sommelier has led him to bring some wine concepts over into his approach to sake brewing.

The result is a new generation of Senkin sake that has both the sweetness and acidity of a white wine, and incorporates the wine concepts of natural production and domaine.

Moving in a sharply different direction to the rest of the industry, Senkin looks like an all-new form of sake as it rakes in awards. But when you ask Usui, he reveals that he’s actually going back to the origins of brewing.

The interviewer starts by asking Usui why he decided to make this sweet-and-sour Senkin. He reminds them that he was originally interested in wine and worked in the wine industry in Tokyo. One day a colleague took him to a tempura restaurant where he was astonished by his first swallow of Hiroki from the Hiroki Shuzō Honten brewery. It was nothing like the Senkin sake that his family were making at the time, and he had had no idea sake could even taste like this. It was also around this time, 2004, that the family business starting running into difficulties and he went back home to help. He took acidity, often seen as a negative in sake, and sweetness, and turned the brewery’s production in a new direction.

Usui recalls there was an almost kneejerk rejection of this sweet but tart sake at the time, particularly as there was almost none of it around. Everyone around him warned him it wouldn’t sell, and many were violently opposed to the idea. But he went ahead, and almost as soon as it was released it received raving reviews particularly from younger people and from women who didn’t think they liked sake. He realised that he was reaching a whole new set of consumers. And while it’s easy to focus on “new” flavours, the core of Usui’s brewing philosophy was returning to the idea of sake as a traditional craft product, not an industrial one.

The Showa Era saw the emergence of sake for mass consumption, which in his father’s time saw sake turned from a craft into an industrial endeavour. The overwhelming trend was towards brewing as cheaply as possible and selling in large quantities. The rice used wasn’t even local, but brought in from remote areas. Looking back, tax on alcohol was key to funding the state during the Sino-Japanese and Russo-Japanese wars, so the state had an interest in encouraging breweries to focus on quantity over quality, and promoting consumption by citizens. The end result was that efficiency was prized above all other virtues, and mass production of sake was practically state policy.

When the nation was defeated at the end of WWII, there was a scarcity of rice and other resources and therefore of sake. What sake there was had sugar and glutamic acid added before being watered down, leading to a dark period in sake production. Usui remarks that this not-sake can still be found today, and that in his opinion some parts of the industry are in decline.

French wine has strict legal standards, which ensure quality. Although sake is defined in the Liquor Tax Act, there are no detailed standards and the law is still to some extent an instrument for collecting tax revenue. So he decided to overturn this old, mass-production focused system and aim simply to produce delicious sake by the traditional kimoto starter method, or using wooden barrels, returning to the origins of sake brewing.

The interviewer asks if his focus on natural production was part of that same change of direction away from the mainstream. Usui confirms it is, and that his Senkin Nature is made with absolutely no agricultural chemicals or artificial additives. This kind of organic production is taken for granted and completely normal in other parts of the world, but the word is still relatively unknown and exotic in Japan.

When making sake as a pre-mass-production traditional craft, Usui argues, it’s truly delicious and features strongly individual characteristics. He wanted to recreate a completely natural way of brewing. One result of this wish is the Senkin Nature label. And using the natural microbial community present in the kura means that no other brewery can imitate their flavour profile.

The interviewer then asks about domaine – what is Senkin doing with this concept? Usui explains the word means a parcel of land or territory in French, and in the wine world signifies a producer who grows their own grapes and does all the work from fermenting to bottling. This is in stark contrast to the sake world, where many brewers still buy in rice from unknown growers. Growing the rice and handling all the production means that the consumer feels safe and secure in the final product, and this engenders trust, Usui argues. That’s his idea of domaine.

Growing the rice with the same water used to brew the sake is vital. Water has just as much of an effect on the rice as the soil. They use rice grown with water from the same sources the kura uses to brew, ensuring a perfect match. Senkin is in the town of Sakura in Tochigi Prefecture, and even somewhere else in Tochigi Prefecture will be different – different water quality, hours of sunlight, rainfall. Although domaine is taken from the wine world it has the potential to be applied to many aspects of sake brewing. And, Usui claims, both these natural production methods and domaine production were the norm for sake before mass production.

The interviewer asks Usui what he thinks of the continuous fall in sales of sake. Usui points out that were wine depends heavily on its raw ingredient, grapes, but sake is most heavily influenced by yeast. Yeast has been heavily researched and today it’s possible to brew great sake in a stable and reliable fashion. But the other side of that coin is that once it’s clear what a popular kura is doing, anyone can replicate it. Differentiation becomes impossible. Individuality disappears. Usui wants upcoming generations to be more adventurous.

Where to next? Quite simply, Usui wants to raise sake to the level where it takes its place among other globally appreciated drinks. It doesn’t have the same base as washoku, so strategies are needed to get people around the world drinking and enjoying it. Senkin is exported to 11 countries, and has a QR code on the label leading to an explanation of suitable glassware, temperature, food pairings, etc. That’s one strategy.

They also have a new label design. The name Senkin refers to the crane, so they use the crane as their company image. The stylised logo is meant to suggest a crane to a viewer from any country, making it easier to develop international branding. Usui also wants to produce aged sake. Ageing is widely used for wine, but still underappreciated for sake. If kept at -5C, even a matured sake will stay beautifully clear.  And he hopes the world will appreciate the complex flavour profile that results.