Gifu brewery with pressing business in the Shōwa Era 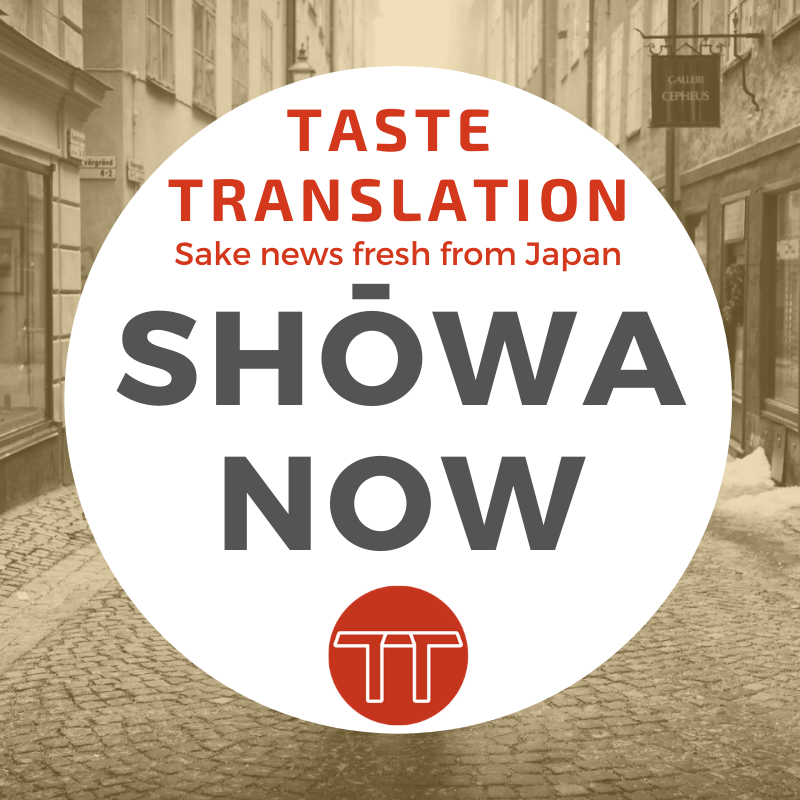 Shūhei Yamashita reports in the Asahi Shinbun Digital on Watanabe Shuzōten in Furukawa, Hida – not far from Takayama with its cluster of breweries – who saw in the new year by bringing back an ancient technique.

They pressed sake on 10 January 2020 in a fune [船, “boat”], a large box with a “lid” that fits inside and is an older and slightly gentler alternative to the assakuki [圧搾機, hydraulic pressure-pressing machine] in common use.

Fune are filled with long, thin cotton bags full of moromi [もろみ, the main “mash”], which are piled on top of each other before being pressed down by the “lid” to separate the just-brewed sake from the remaining rice solids.

Watanabe are doing things a bit differently though, using cotton bags dyed with persimmon tannin. As production processes become ever more efficient, Watanabe Shuzōten felt the need to pass age-old techniques on to young kurabito, something they’ve been doing for the last five years.

Twelve kurabito worked to fill 200 persimmon-dyed cotton bags with moromi and pile them on top of each other inside the oke [“boat” part of the fune]. Surrounded by a slightly acidic fragrance, they watched cloudy white sake run into the tank under the weight of gravity and the stacked bags alone. Pressing takes about two days, after which the ori [澱, sediment] is removed before shipping.

Cotton bags dyed with persimmon tannins were commonly used for pressing sake until around the second decade of the Shōwa Era (around 1945-1955) but slowly fell out of use after stronger acrylic bags came on the market. Watanabe Shuzōten wanted to return to this lost traditional form of pressing, studying dyeing with persimmon tannins in Kyoto before reviving it as their own pressing method.

Company president Hisanori Watanabe tasted the result, commenting that it was smooth but also had depth, and tasted like the brewing was a bit sweeter in flavour than the average year. [Audible at the end of the video on the original article page.]

A special limited edition run of just 730 bottles made with local Hida Minori rice – which had also previously fallen out of favour – went on sale on 15 January 2020 priced at JPY 1,700 per 720 ml bottle (before tax).