Should you keep your sake below zero? 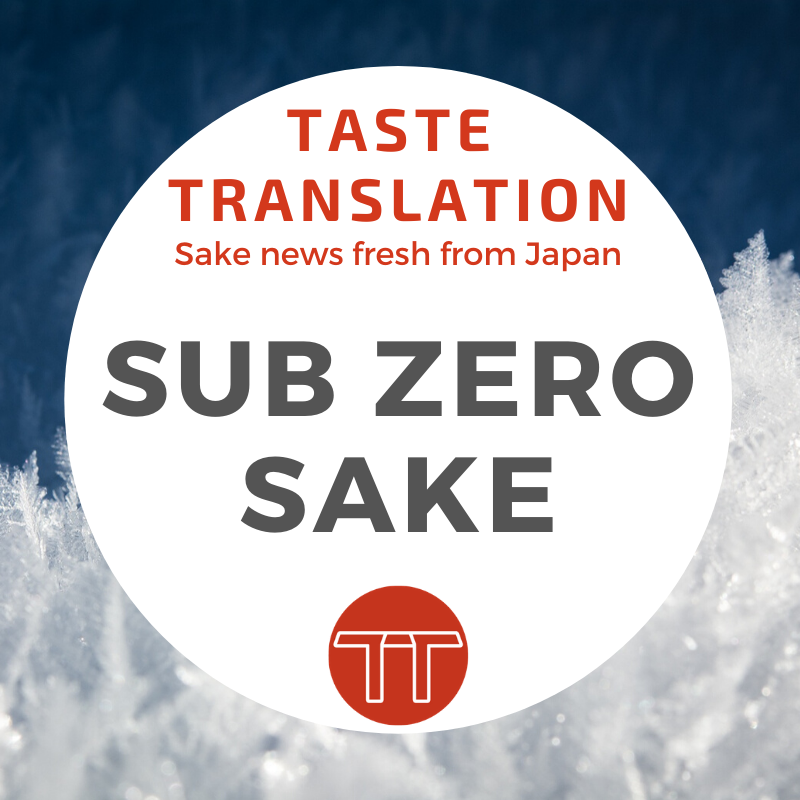 Nikkei Style reports on a wine-style fridge designed especially for sake with the aim of keeping it at a numbing -5°C.

Aqua developed the SAKE CABINET to provide ideal storage conditions for sake at home, ensuring you can enjoy your brew to the fullest. Noticing the popularity of fresh flavours and aromas in sake, they realised it needed even more careful storage than wine. However, there were no affordable sake fridges on the market.

The SAKE CABINET has three main features: temperature control, light shielding and a design that allows for upright storage.

The cabinet temperature is based around their ideal sake storage environment of -5°C, ranging from -10°C to +10°C and adjustable through five 5-degree steps. Storing at -5°C minimises any changes in the character of the sake, preserving its original fresh flavours. Or, if you want to experience the changes sake undergoes with ageing, you can set the cabinet to a slightly higher temperature to provide a stable environment while the sake matures.

Sake’s greatest enemy is ultraviolet light. To prevent deterioration caused by light exposure, the cabinet is also designed to shield its contents from those evil rays. The cabinet door has no window, effectively blocking 100% of the UV outside. The light inside the cabinet is a blue LED, which produces 1/200th of the UV of a fluorescent bulb.

Wine bottles are stored on their side to keep their corks moist, but storing a sake bottle on its side increases the area exposed to the air inside the bottle. Storing upright prevents development of acidity and subsequent deterioration in the quality of the sake.

The SAKE CABINET holds 12 yon-gō (4合, 4 x 180 ml = 720 ml) bottles, or nine isshobin (一升瓶, 1.8 L bottles). The design allows even taller isshobin to be stored upright, and there’s a small storage shelf plus side pockets on the main shelves to hold small bottles and accessories. (See the original article for images.)

It also boasts a stylish black aesthetic including a mirrored door, decorated with a shippo pattern [overlapping circles] that would go beautifully with any modern Japanese interior. With an impressive 100 litre capacity, the cabinet could also be used as a sophisticated second fridge.

Teppei Yoshida, manager of the new business planning group in Aqua’s marketing department, remarks that their inspiration to start developing the cabinet was a chance conversation with a client about how they had nowhere suitable to store sake at home. It’s hard to keep sake in the home’s main fridge for long periods, or to keep it stored upright, which made it almost impossible to keep it at an ideal temperature. Yoshida started looking into how storage conditions affected the quality of sake, and what made keeping sake in peak condition at home so difficult. His conclusion: temperature control was vital.

The action of yeast and enzymes, which produce the characteristic flavour components of sake, are suppressed at low temperatures. Unpasteurised namazake contains live yeast and so must always be kept refrigerated. Yoshida recommends storing at -5°C, just above the temperature where sake will freeze, to minimise deterioration and preserve sake’s intended flavour. Although industry insiders are well aware of the importance of keeping sake cool, chilling equipment is a costly investment and so not all kura or restaurants can keep sake at such a low temperature. Niisawa Jōzōten, famous for their label Hakurakusei, keep all their sake at -5°C from brewing until shipping.

Aqua’s parent company, the Chinese Haier Group, have held the largest share of the wine fridge market for nine years in a row. Using their platform, the sake chilling cabinet was developed in a year and a half. Aqua also used crowdfunding and test marketing to make sure they understood what the market was looking for. The crowdfunding project, launched in March 2019, reached its goal in just one week and eventually hit 397% of the original target. Aqua now hope to sell the cabinet online as well as marketing it to sake retailers and bars so that even more people can enjoy sake at peak quality.

They tested the SAKE CABINET by taking the same sake and storing it in the conditions listed below for three weeks, then tasting.

2. Opened, in the fridge

For 1 to 3, the bottle was half-full. The effect of storing in the SAKE CABINET was immediately evident, as the aroma and flavour of the sake was noticeably different from 1 and 2.

Number 1, kept at sweltering office room temperature, developed a smell of old rice bran and seemed past its best. Some critics said it now tasted like a cheap sake. Number 2, kept in the fridge, wasn’t bad when compared to 1, but had lost some flavour when compared to 3 and 4. Normal fridges are opened and closed all day, resulting in both temperature fluctuations and vibration, making them less than ideal for storing sake.

Numbers 3 and 4, stored in the SAKE CABINET, showed the least deterioration. 4 in particular was closest to the sake at the time of shipping, still giving an impression of youthful freshness and impressively delicate flavour and mouthfeel. Number 3, exposed to air but kept in an ideal environment, had a slightly more developed, rich aroma. Some tasters actually preferred 3 to 4. You might think sake has to be drunk as soon as it’s opened, but the SAKE CABINET showed that if kept in the right conditions it can retain its original quality, particularly when it comes to temperature-sensitive namazake. The cabinet makes it possible to have a selection worthy of a sake bar at home, with many bottles open and consumed at a leisurely pace.

Having their own sake fridge makes it easier to encourage people to try a wide variety of sake, Yoshida points out. They’re also looking into ways to use the SAKE CABINET to bring consumers and sake brewers together. One idea is using the SHUGO app, which reads a QR code inside the cabinet, sends the owner’s information to a server and allows them to buy limited edition sake directly from breweries. They’re currently preparing a range of small-batch, rare and distinctive sake kept at low temperatures throughout the distribution chain to ensure optimum quality.

Knowing that their products will reach consumers in peak condition, brewery owners can start to experiment with more temperature-sensitive styles. Yoshida comments that sake brewing is a traditional craft with deep ties to the local area, but the chilled supply chain and cabinet will let people enjoy sake in new ways and increase the number of sake fans, revitalising the industry. He wants to increase the range of products available via the app, organise events to celebrate the many sake breweries dotted around Japan, and produce more content focused on breweries.

← A new sake pairing - with novels Sake exports continue to rise, but why? →