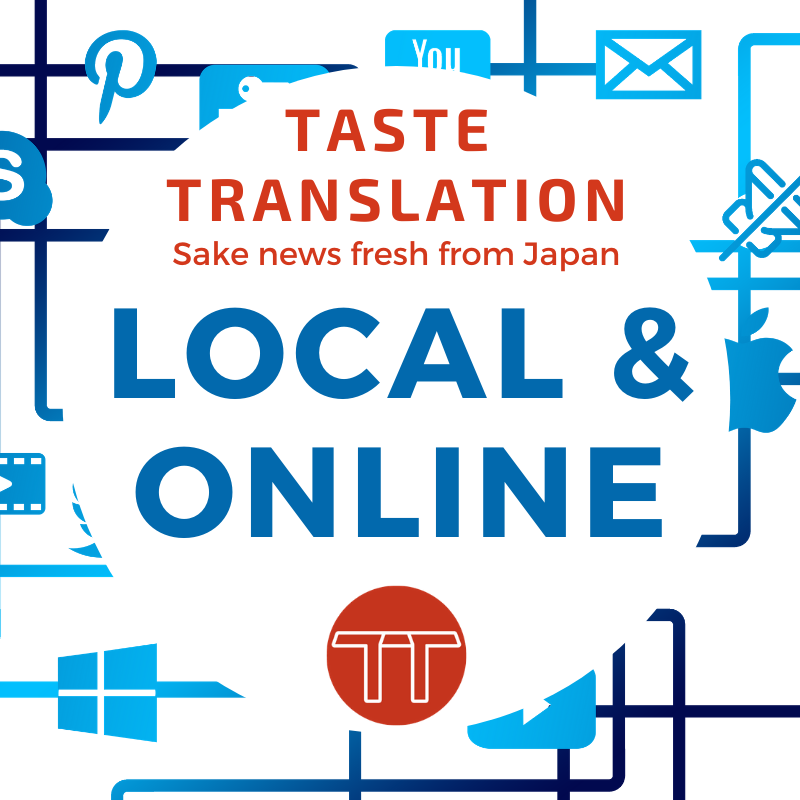 FNN Prime Online reports on how sake breweries in Hiroshima badly affected by the pandemic are turning to both local and online routes to increase sales. Have a look at the original article (taken from a TV segment) to see the images that some of the text refers to.

It’s no exaggeration to say that sake is having a rough time, even breweries in the famous sake centre of Hiroshima. Nestled between the peaks of the Chugoku Mountains in Jinseki, Hiroshima Miwa Shuzo has been making sake for around 300 years, since the Edo Period. But even such an established brewery was not immune from the effects of the pandemic.

Yuuji Miwa, president of Miwa Shuzo, comments that their situation also changed overnight as bars and restaurants became unable to operate. Their sales for April and May were about half of what they usually are. The declaration of a state of emergency and corresponding advice to stay at home made it impossible for them to ship the sake they’re so proud of.

Miwa shows a reporter inside their refrigerated storage, showing them how much sake is still there. They’ve started to ship in fits and starts, but nothing more. The natsuzake (summer sake) they planned to send to the now closed bars and restaurants is now taking up space at the brewery. Miwa realised he needed to act.

He wasn’t alone – when others in the prefecture realised the situation local sake breweries found themselves in, they offered their support. One such ally was TJ Hiroshima, a magazine featuring food stories and local information. Their August issue was a special edition on Hiroshima sake.

Magazine editor Naoko Hiratani points out that they had featured Hiroshima sake twice before, which meant they had come to know the brewers. Normally they would time coverage of sake to coincide with the sake festival (酒祭り, sake matsuri) in October or open days (蔵開き, kurabiraki – often in Jan/Feb) but they brought it forward to the summer to see if there was some way they could help the breweries get people drinking natsuzake at home.

So after finishing work for the day, Hiratani headed to a separate room at the office, fixed her phone in a stand and started an app for a live broadcast with Miwa, who is also executive head of the Hiroshima Sake Kenkyukai (research association) which promotes Hiroshima sake to the rest of the country. Together they named the broadcast, coming from two sake breweries, “Hiroshima Sake Talk”.

Miwa reflects that it had been impossible to hold any events for the general public since April. But he still wanted more people to be aware of Hiroshima sake breweries, so he turned to social media and in particular live broadcasts on Instagram.

Their first Instagram Live was on 11 July 2020. Miwa had rehearsed and taken care of a number of problems beforehand, so he was hoping to put on a good show featuring the breweries and their surroundings, the landscape and climate.

The sake breweries who took part in the first live Hiroshima Sake Talk were Tenpoichi in Kannabecho, and Kono Shuzo in Kita-Hiroshima. They were to introduce their breweries, and also taste each others natsuzake and talk about how best to drink it.

Yasuhisa Murakami, president of Tenpoichi, had been forced to turn down all requests to visit the brewery. Despite not being able to have visitors, he wanted to tell people about how their sake was brewed. He had changed quite a few things over the last few years, so he was keen to use live broadcasts as a tool to communicate with everyone.

At 6 pm, with high hopes, they started the live broadcast.

Akira Ono, president of Ono Shuzo, used his phone to show viewers the brewery’s rice fields. He grows the rice himself, a table rice called Nakate Shinsenbon traditionally used to brew sake. It was growing well and already a fine shade of green. After showing that panorama, he took viewers inside.

Murakami of Tenpoichi commented that the fields were right outside the brewery, just 30 seconds by foot.

The two brewery owners talked about daily life at the sakagura, and hoped that showing their faces would make their sake taste more meaningful to viewers.

Speaking of which, how many people watched? Miwa reported 77 viewers, a number he was reasonably happy with especially as the broadcast introduced not only sake but also the breweries and the landscapes they were located in.

Murakami also gave a panoramic view of his brewery, flanked on the south by 100 m peaks and with the sea immediately to the north in what at first glance the area looks like a coastal village. The Ashida and Takaya Rivers are right behind them.

The live broadcast finished up with a tasting. Murakami tried Ono’s Oigame junmai ginjo, and Ono tried Tenpoichi’s summer sake, and also advised those staying at home and drinking how to enjoy their natsuzake to the full.

Ono mentioned that he had tried the sake the night before with summer vegetables dressed with olive oil, and found that it really accented the sweetness and freshness of the seasonal produce.

Murakami thought the Oigame had a beautiful flavour, and Ono commented that their junmai ginjo could be turned into a spritzer, like wine, which turned its aromas sweet and sharp and made it very easy to drink.

Packed with the charms of Hiroshima sake, the broadcast went on for an hour. Miwa thinks that one big draw is having the brewery owner show viewers around. Murakami of Tenpoichi tasted Ono’s sake on the roof of his own brewery, with the beautiful surroundings visible in the background, showing how the sakagura is part of the natural landscape.

The article ends with the hope that readers will support their local sake breweries and historic sake culture get through this critical time by drinking natsuzake at home.