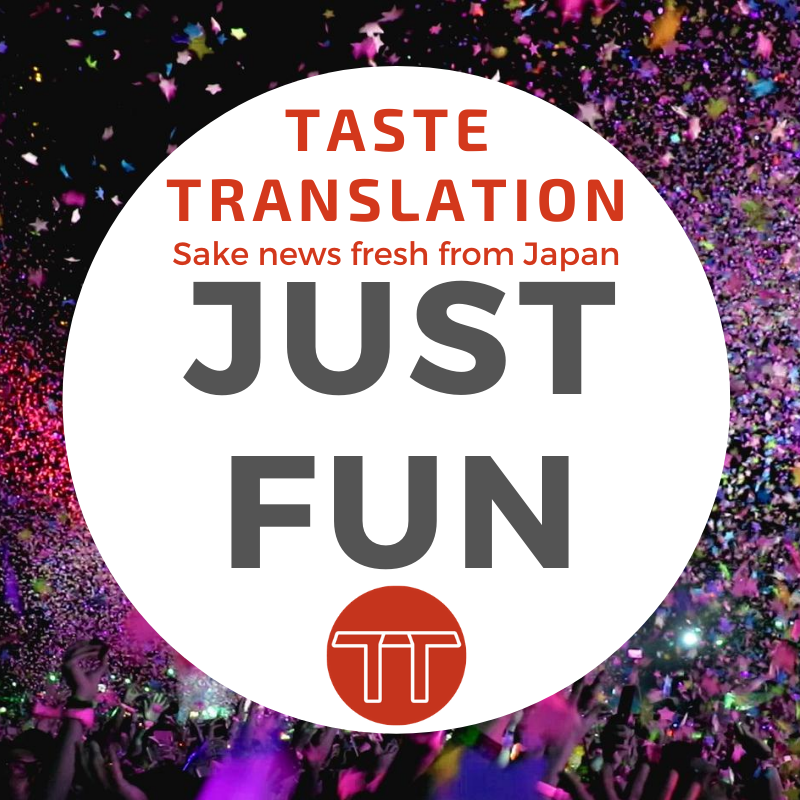 GetNavi Web carries an interview with the president of Kikusui Shuzō, makers of the cheerful yellow canned nama genshu that people seem to either love or hate.

Their Funaguchi Kikusui Ichiban Shibori is a convenience store staple, the most visible product in a wide range of sake with character from an innovative brewer. They respect and preserve tradition without being bound by it, driven by a pioneering spirit that keeps them seeking out new challenges.

Fifth generation owner Daisuke Takasawa initially worked in a department store after graduating from university before joining the brewery in 1985. He took over the brewery in 2001.

Funaguchi Kikusui Ichiban Shibori was the first canned nama genshu when it launched in 1972. The company did away with the tōji system in the same year, aiming to stabilise production through brewing in teams in modernised facilities.

They started moving into overseas markets in the 1990s, not content with the then-popularity of jizake [地酒, sake produced by small breweries, originally for their local market].  The company focuses on monozukuri [モノ造り, “making things”, often rendered as “craftsmanship”] and also kotozukuri [コト造り, seeing things from the customer perspective] to improve drinkers’ everyday lives.

Asked why, Takasawa replies that their highest priority and calling is good craftsmanship, something which is true throughout the sake industry. So much well-made sake is available now, consumers have an incredibly wide array of choices. So good craftsmanship, monozukuri, alone is not enough to make consumers choose Kikusui products. Kotozukuri is a way to make drinking their sake even more enjoyable.

Takasawa became aware of this in the late 90s, as domestic demand for sake was plummeting. He stumbled across his predecessor’s collection of car catalogues from the 1960s, an era when owning a car was a dream for most people. The catalogues were all about performance and speed, everything that makes a car appealing as an object. He contrasted that with catalogues from the 1990s, when everyone already had their own car. Instead of talking about features, the new catalogues emphasised how getting this particular car would make you feel, basically how it would become part of your life. That was when the light bulb came on for him. This was true for sake too.

The brewery then set up the Kikusui Sake Culture Institute, housing a collection of items such as drinking vessels and documents related to sake, holding events where they booked out small bars [the ubiquitous “snack” bars] and inviting submissions for bottle designs. All to create a pleasant ‘space’ where customers could engage with them. As president, Takasawa even dressed up as a giant can of Funaguchi for laughs at overseas events.

So what is his definition of a “good sake”? It’s fun sake, interesting sake. [面白い酒] He wants drinkers to think of Kikusui sake as fun, to enjoy drinking it. Interesting sake is full of ways to connect with customers.

The article also touches on two points that are important to Kikusui Shuzō when brewing their sake.

The first is brewing in a way that retains flavour. All their rice comes from Niigata Prefecture, including the eponymous Kikusui variety. The local climate is shaped by local soft water and a large gap between daytime and nighttime temperatures. The brewery focuses on how they can transform the natural bounty of the region into high quality sake, all while prioritising teamwork.

The Ni-no-uji Kura is their large scale brewing facility and produces most of the sake they ship out to market. It maintains full traceability, recording which rice was used in what lot of sake, when. The Kaji River runs along the side of the brewery, and there are plenty of groundwater streams nearby, which provide for Kikusui’s brewing along with spring meltwater.

They also have a small-scale microbrewery, the Setsugoro Kura, where they brew sake manually from rice milling onwards. This lets them polish their skills as they produce sake by traditional methods. Around the back of the microbrewery are the company’s own rice fields, where they grow their own Kikusui rice.

As Kikusui produce nama (unpasteurised) sake, which is very delicate and needs special handling, they have more stringent quality and hygiene controls than your average local brewery, down to the point where all products are bottled (or canned) in a pharmaceutical-grade clean room.

The second point is creating connection with customers to make drinking their sake more interesting. The Kikusui Sake Culture Institute focuses on the connection between people and sake, with a collection of over 30,000 objects on display and in storage. The collection is curated to cover everything from old reference materials to modern sake accessories, and the curators do their best to teach people about them. The Institute, surrounded by green forest, is open to everyone and also holds events, promoting the appeal of sake and bringing new “things” to their audience.

One intriguing part of the collection are the uguisu tokkuri – sake carafes that whistle or “sing” as they pour. They can be decorated with oni [ogres or demons from Japanese folklore] on the outside and otafuku [goddess of good fortune and happiness] on the inside, embodying the idea of having happiness within your grasp while evil is banished to the outside.

If you scroll all the way down to the end of the page to the photos of the brewery… it looks awfully like the container used to sprinkle kōji spores on the rice is a yellow Funaguchi can?!