Sake from conbini? A top five to try 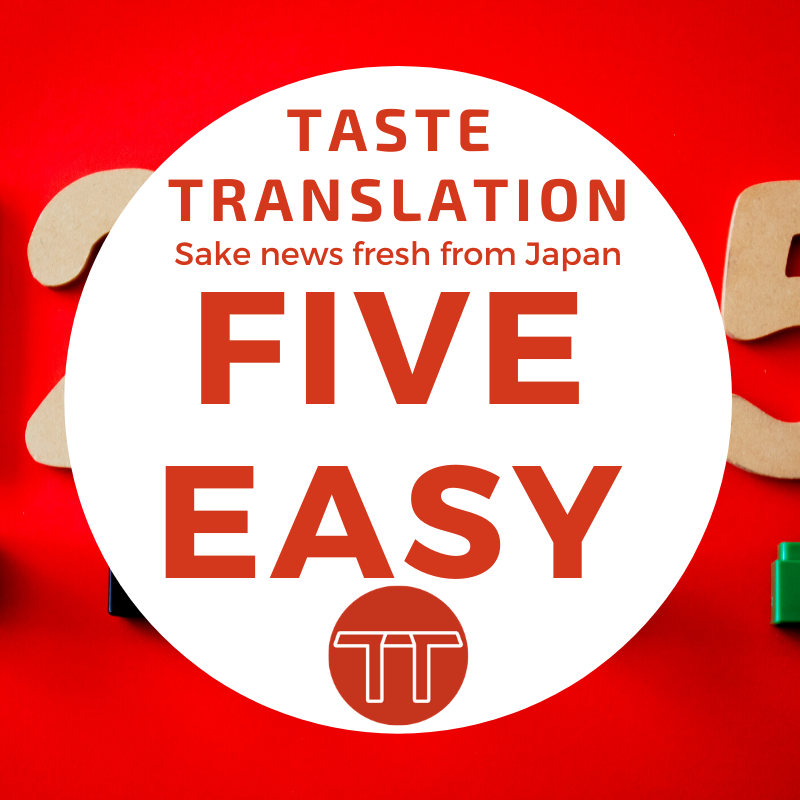 After a discussion on Twitter about sake in Japanese conbini (convenience stores) this article caught my eye.

Epoch Times reports on a top 5 list of sake available at your local conbini. [On closer inspection, looks like the list is from Wow! Japan in July 2019.]

So the aim of the article is to suggest a few the reader can pick up casually in their neighbourhood and try out. [If they’re in Japan.]

The legal age from drinking (and smoking) in Japan is 20, and most conbini have an age confirmation touch panel to ensure alcohol is not sold to minors. Purchasers have to tap a button replying “Yes” to the question “Are you 20 years old or older?” – but they may also be asked to produce a form of ID with their date of birth.

On to their top five of conbini sake!

One of the oldest kura in Japan, Kenbishi Shuzō was established over 500 years ago. Their philosophy is to make the same sake regardless of trends or fads, so they go as far as adjusting milling ratio every year to compensate for the state of that year’s rice.

They make five kinds of sake, but the Kuromatsu Kenbishi recommended here instantly gives off rich aroma and fills the mouth with deep umami. It’s relatively dry with a clean finish, leaving elegant lingering notes.  Chill it to focus the flavour, or enjoy at room temperature or warm to experience its full richness.

Tamanohikari is another old brewery, founded in 1673. Based in Kyoto’s Fushimi district, famous for its water, they hold that growing good sake rice is key to brewing good sake and so take particular care when selecting their raw materials. They also make only junmai ginjō and junmai daiginjō grade sake, making them one of a very small number of “junmai ginjō-only” kura in Japan.

The recommended conbini buy from them is Tamanohikari junmai ginjō Rinzen Yamada Nishiki. Made from the “god” variety of sake-specific rice, it has a perfect balance of natural acidity and sweetness and bountiful aromas that mean you never get tired of it. Great to drink with food. Lawson conbini nationwide stock an exclusive miniature bottle, JPY 500 (including tax) for 275 ml.

Founded in Hyogo Prefecture in 1711, Ozeki have 300 years of sake brewing experience. They came up with the concept of making a sake people could drink anywhere at any time, which led to the format of “capping” an individual cup so it became a container in its own right. Launched in 1964 for the Tokyo Olympics, it became a classic.

There are a few different varieties of the Ozeki One Cup, but the Josen is the classic among classics. It has a sharp, refreshing aftertaste with minimal acidity, and is an all-rounder performing well from chilled to hot. It’s also available almost everywhere, from conbini to supermarkets. Recommended retail price is JPY 218 (before tax).

This pick is brewed by Shirataki Shuzō in Minami-uonuma, an area of Niigata Prefecture famous for its rice. This kura is a little younger than some of the previous breweries at just 160 years old, and is located in an area of heavy snowfall. The Mizunogotoshi label has a distinctive pure-as-water light and fresh mouthfeel, like meltwater.

It has no peculiarities that might put someone off, and is at home at any time of year and with any menu, making it an easy sake to try out. Chill for a sharper flavour, or enjoy at room temperature to bring out more of the rich aroma and mellow profile. Lawson have their own miniature bottle of this as well, available nationwide for JPY 500 (including tax) for 275 ml.

Kyoto-based Takara Shuzo launched their Mio range of sparkling sake in 2011, and it has since become a firm favourite with female drinkers. The combination of rice-derived soft sweetness, touch of acidity and fun bubbly mouthfeel plus stylish bottle design ensured its popularity. Served chilled in a champagne flute, it’s a great addition to any party.

It’s also low in alcohol at just 5% for those who want to reduce alcohol consumption. Recommended retail price is JPY 513 (including tax) for 300 ml.

The article finishes by encouraging readers to try these five easy-to-find sake and getting an idea of what they taste like, so next time they can go to a more specialist shop and ask for “something that tastes like” whichever one they liked.

Interesting look at what’s available in conbini -I’ve also noticed convenience stores and in-station shops stocking sake from local breweries. I wonder how a sake gets into a conbini, but I have zero idea about how that happens.

Might also indicate which sake can be produced at a volume and price point that would make them attractive overseas?

← Gin being made in Nagasaki again, by a sake brewery A modern not-brewery looking back to the past →