A modern not-brewery looking back to the past 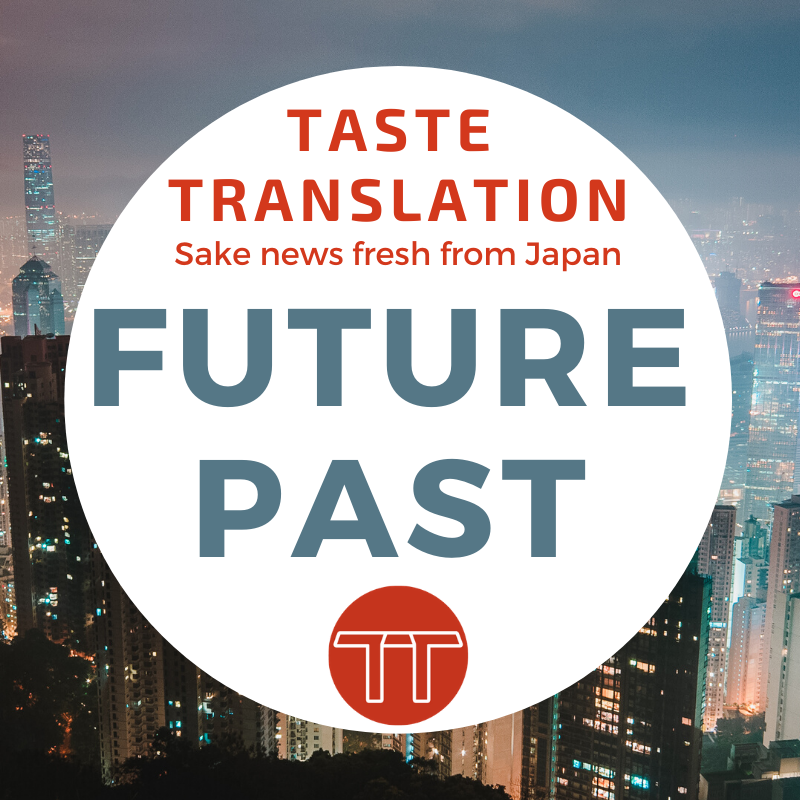 Mayumi Eguchi (introduced as yoppa-raita/ 酔っぱライター, for those of you who appreciate a good Japanese pun) reports for Zakzak on the tiny downtown location where Wakaze brew doburoku and other things that are not technically sake.

I was going to introduce Wakaze as a small company, they did began as a startup that came up with ideas for interesting sake and teamed up with breweries to make them but they’ve now expanded to have their own non-sake brewery and bar/restaurant in Tokyo’s Sangenjaya district and opened a sake brewery in the suburbs of Paris. (Allegedly because it was too difficult to get a sake brewing license in Japan, which you’ll have heard John Gauntner discuss if you get his Sake Industry News.)

The focus of this article, however, is their preference for what’s described as Edo Period shubo, or yeast starters.

Wakaze was founded in 2016 as a venture company trying to create new value for sake, seen as a traditional and somewhat left-behind national drink. The Sangenjaya location is currently overseen by managing director Shintarō Iwai, a former Rakuten employee who is in charge of marketing and new business planning, and acting tōji Kyōsuke Toda.

Iwai’s family have owned a sake shop in Yokohama for over 100 years, so he was surrounded by alcohol from an early age. He comments that the world of sake today is too narrow, he would prefer it to be more like craft beer – embracing diversity and letting drinkers savour the differences between each brewery.

Toda always loved sake and jumped at a chance to brew while working in the hospitality industry. The products he makes in Sangenjaya are classed as “other types of alcohol” under Japanese law, but he dutifully takes Tsuya Hime [table rice] from Yamagata Prefecture milled to 70% and ferments it in his own way, adding tea, herbs and other botanicals to create sake-like drinks with a completely new flavour profile.

He makes the most of environmental changes throughout the year, using kimoto for the yeast starter in winter, mizumoto [also known as bodaimoto] in summer and an Edo Period starter called nimoto (煮もと) in spring and autumn.

Toda explains that in the early Edo Period, before brewers decided to brew only in winter, different sake was produced for each season. The priority in the Meiji Period was safe and plentiful alcohol production [for tax revenue], and he points to that as a factor in the loss of diversity in sake. Wakaze went back to Edo Period literature and found it full of ideas for the type of sake they wanted to make.

While Iwai and Toda hold down the fort in Tokyo, CEO Takuma Inagawa and main tōji Shōya Imai are still setting up their Paris brewery which went into operation in late 2019. They started shipping in February 2020, and the first bottles arrived in Japan in March. The sake is made with high quality raw materials from the French region of Camargue, famous for its rice, and made by a scaled-up version of orthodox sake production methods.

The duo have already signed up 40 local restaurants to carry their products, and hope to sell directly in future to widen their reach. Will they be able to add value to sake in Japan and overseas? These young entrepreneurs have only just begun.

I had never heard of nimoto before, and the article just throws it in there casually without explaining, so I tried to find out more.

Wikipedia defines it as a type of kimoto, a variant of what is now known as kōon tōka (高温糖化, high-temperature saccharification), and the method used to produce Nanto Morohaku (南都諸白), the finest sake made completely from polished rice (morohaku) at Buddhist temples in Nara (also called Nanto) from the mid-Heian Period (794-1185) to the end of the Muromachi Period (1336-1573), significantly earlier than the Edo Period (1603-1868).

The most famous example is Bodaisen made at Shoryakuji, which gives its name to bodaimoto, but there were many other famous sake with names like Yamadaru (山樽) or Yamato Tafu no Mine zake (大和多武峯酒). Sake brewing was still a small-scale kitchen-counter activity, and Buddhist temples were renowned for being the best at what was a laborious and finnicky process.

For nimoto, the ingredients for the starter were put in a pot and heated to close to the temperature where the yeast would be killed off, which explains the name (the character 煮 for ni means to simmer). And as those were the days before thermometers, “close to the temperature” would have been measured by the sense of an experienced human brewer.