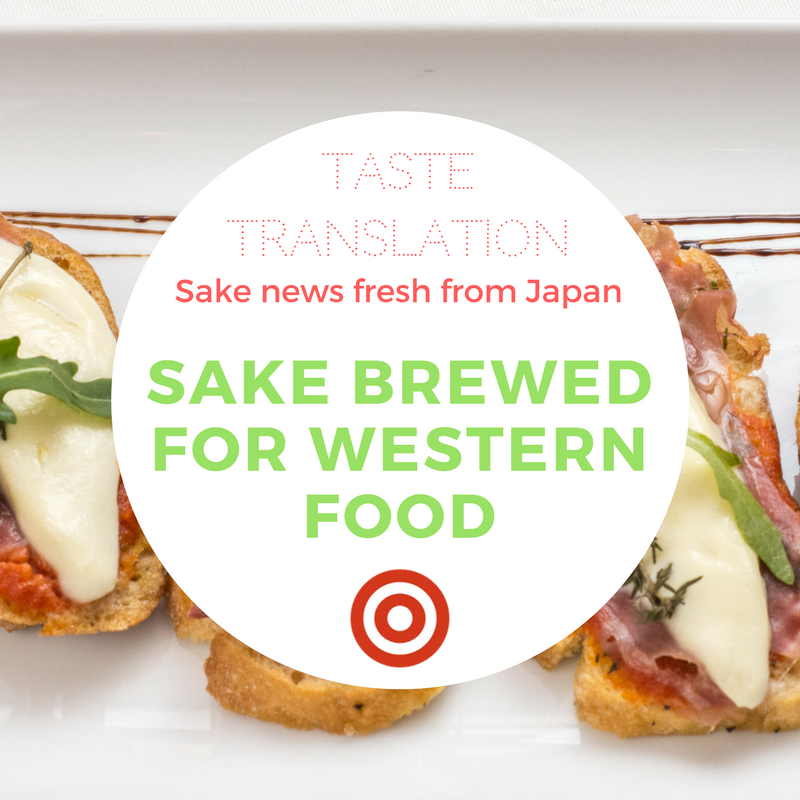 PR Times reports on the sake Orbia from Wakaze, which has reportedly been created to match Western food such as French or Italian dishes. Wakaze has been exporting Orbia to Hong Kong, France (Paris), Singapore and Thailand since March 2017, and plans to start exports to New York (USA) this year. The concept behind the range is “a sake that can be paired with Western food”, and Wakaze hopes that it will be able to open up new markets.

Quoting the Japanese Department of the Treasury, the article notes that although consumption of sake is decreasing in Japan it is increasing abroad – 2016 saw a record year on year increase of 111.2% with exports reaching JPY 15.6 billion. The surge in popularity of Japanese food, fuelled by increased consciousness of healthy eating and UNESCO designation of Japanese cuisine as an Intangible Cultural Heritage in 2013, is thought to be a major influence.

Exports of wine from France alone were worth over JPY 1 trillion in 2013, and as sake shares the characteristics of being a brewed beverage and drunk during meals, it should have the potential to be just as popular. To move beyond being a national drink consumed only with Japanese food, sake needs to go with dishes from all over the world, such as French, Italian and Chinese cooking.

Orbia is given body through acidity or sweetness imparted by ageing in oak barrels, producing a mellow aroma. It is served in French, Italian and creative restaurants in Japan, including Michelin starred ones. It has received positive reviews in France, with comments such as “It’s not like any Japanese sake we’ve had before, it has plenty of acidity which means it’s easy to drink with food” and “Japanese sake we’ve had before was too sweet, so we got tired of it, but this has plenty of acidity so that won’t happen”.

Wakaze also hope to increase sales by allowing overseas sake distributors to break in to supplying non-Japanese restaurants using this sake made to be served with other national cusines. Their ultimate aim is to expand into Asia and Europe and make sake a global drink, not just a Japanese one.

On an unrelated note, the bottles are gorgeous (see links to the Wakaze site below) and really remind me of the aesthetic of manga creators CLAMP. For a sake made for export, the English site is puzzlingly poor with kōji given as “malt” and lots of Japanese punctuation and general Japlish – or as my other half put it, word salad.