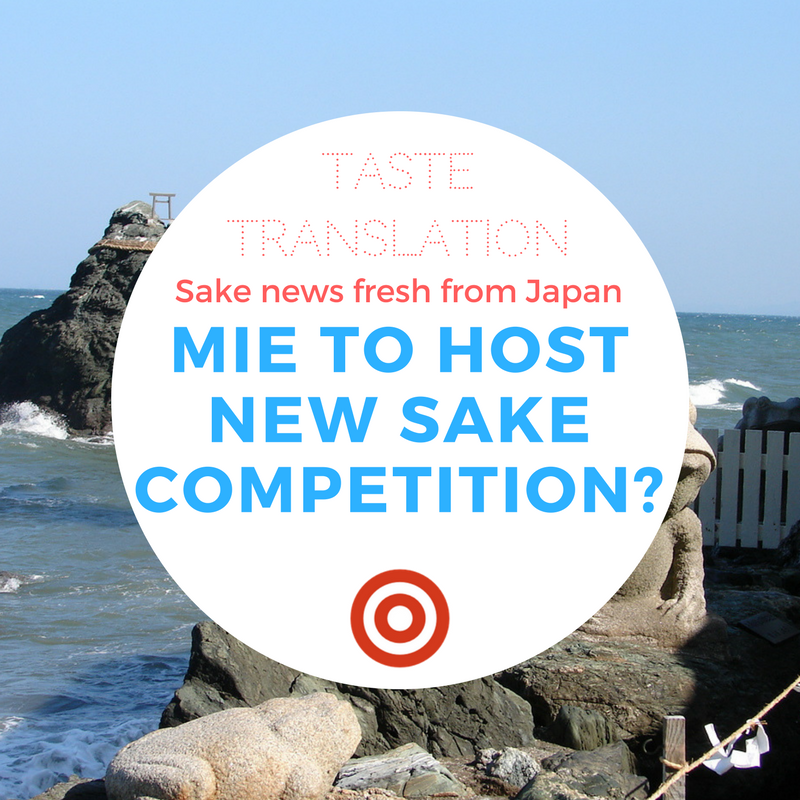 The Mainichi Shinbun reports that the Belgian wine competition Concours Mondial de Bruxelles is considering creating a new sake category from autumn 2018, alongside rumours that Mie Prefecture could host the contest. The event takes place in a different city each year, held in Plovdiv (Bulgaria) in 2016, in Valladolid (Spain) in 2017, and Beijing (China) in 2018.

The competition covers alcoholic drinks such as wine, liqueurs, and beer, with around 300 sommeliers and journalists from 50 countries acting as judges. The new sake category is expected to be restricted to junmai because it is said to pair well with Western foods, with separate categories for junmai, junmai ginjo and junmai daiginjo.

The opportunity for Mie Prefecture to put itself forward as a candidate to host the event arose at the Ise-Shima Summit last May, and prefectural officials and the Hyakugo Research Institute Co., Ltd. in Tsu city are working to persuade the organisers to choose Mie. A delegation from the Concours Mondial came from Europe to visit the Ise-Shima region between 14 and 17 October 2017, when they also met Eikei Suzuki, current governor of the prefecture.

Thomas Costenoble, Director of the contest, said that sake was one of the world’s most enjoyable drinks but had no established brand image globally, and he hoped people around the world would learn how wonderful it is. Prefectural governor Suzuki commented that Mie Prefecture served sake to the representatives of all countries attending the summit and received glowing reviews, and he was hoping for a positive response.

There was no mention of a sake category or Mie Prefecture on the Concours Mondial de Bruxelles site at the time of writing (26 October 2017).