A sake just for Taiwan 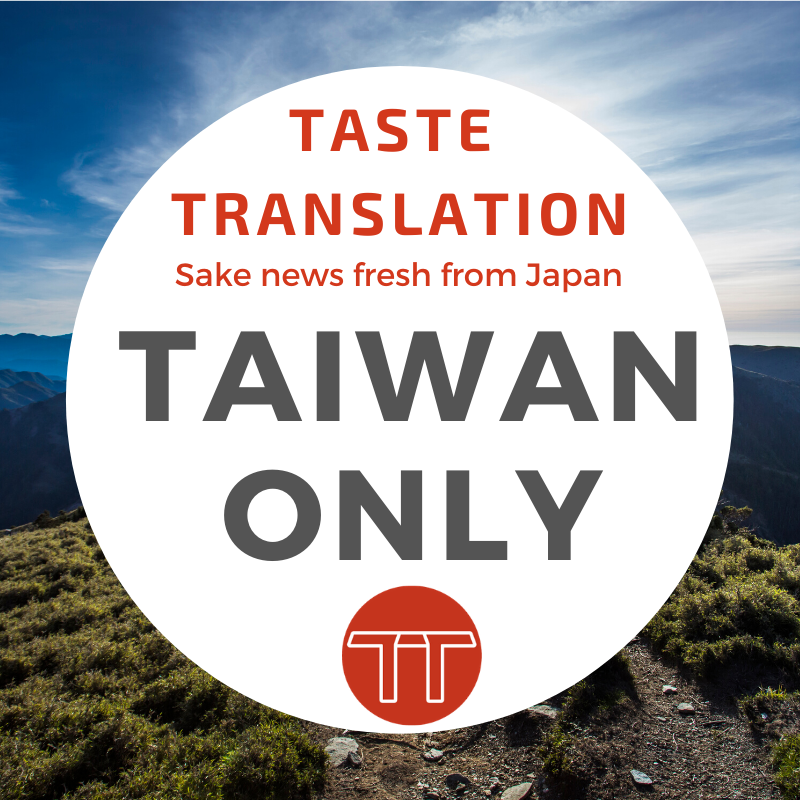 The Iza site covers an an attempt to enter the Taiwanese market and promote Japan-Taiwan ties, with Kita Shuzō from Kashihara, Nara prefecture teaming up with Tokyo-based Geelee Media Group (who run a Japanese travel information site in Taiwan) to create a sake exclusively for sale in Taiwan.

Named Korearata [維新, “restoration”, also read Isshin such as in Meiji Isshin/Meiji reformation] it went on sale in Taipei and other cities on 1 December 2019.

Korearata is a junmai daiginjō brewed just the way the Taiwanese seem to like it, full of fruity flavours. It’s easy to drink even for those new to sake, and made with mizumoto shikomi [水もと仕込み, which I think is the same as bodaimoto but I stand ready to be corrected] using lactobacilli found in Shoryuakuji Temple in Nara, claimed by some to be the birthplace of modern clear sake.

The name Korearata is the kun (Chinese) reading of the Japanese characters. It’s also brewed in the first year of the new Reiwa era, auspicious for a sake for a new age.

Geelee Media Group was founded seven years ago by its president Yoshida, who is also from Nara Prefecture, born in the city of Katsuragi. His focus is on Japanese sake and its rising popularity among Taiwan’s moneyed residents. He suggested a sake exclusively for Taiwan in order to raise the drink’s profile and also promote tourism to regional areas like Kashihara. He joined forces with 300 year old Kita Shuzō and together they created a 2,000 bottle limited edition sake (720 ml bottles), which went on sale 1 December in their antenna shop in Taipei and also in department stores.

Yoshida comments that Japan is exporting ever increasing volumes of sake to Taiwan. He wants to attract even more attention and promote sake worldwide, linking increased awareness to tourism for Japan’s lesser known areas.

Hitoshi Kita, president of Kita Shuzō, says he’s proud of their Taiwan-only sake, which is rounded and full of flavour but also dry, designed to pair well with many different flavours.