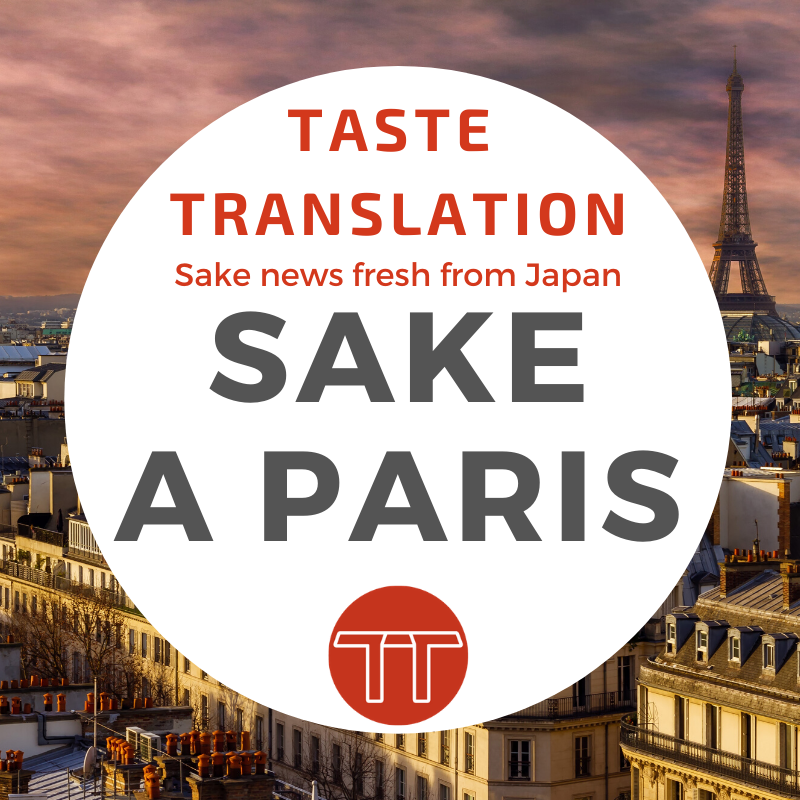 Excite News defines “PUNK sake” as made by young brewers who introduce themselves by saying they want to drink a different kind of sake, ignore unnecessary rules and prioritise flavour over all else. They’re the ones who have been breathing new life into the sake world for the last decade. They’re brewing PUNK sake and this is what they have to say.

Reporter and interviewer Yuki Yokō starts by asking readers if they’ve heard of WAKAZE, a startup brewing up a storm in the sake world.

Their sake with its innovative flavours and packaged in stylish bottles has collided with the principles of the existing sake world and now they’re trying to make sake an international drink by mounting an assault on the French market. (Part 1 of 2)

Yokō mentions that she sees WAKAZE’s stylish bottles much more often now, and asks Imai if they’re expanded the range. After thanking her, Imai explains that WAKAZE’s production base is in Yamagata, but they opened a brewery with attached restaurant in the Sangenjaya area of Tokyo in July of the previous year [2018] and are keen to brew new sake in Sangenjaya. They trialled over 30 new recipes last year. They watch how their restaurant customers react, and use that feedback to learn and change course rapidly.

Surprised by the number of new sake they’re making, Yokō asks Imai what he means by “new recipe”. Imai gives examples: some of the sake they developed in 2018 is made with flowers, citrus fruit and tea leaves as secondary ingredients. These ingredients are brewed along with the rice, so legally they can’t call it nihonshu. [日本酒, one of two legal terms in Japan for what English calls sake, the other is seishu, 清酒, clear alcohol. Strict regulation limits the ingredients of anything called nihonshu/seishu to water, rice, kōji/rice inoculated with kōji and yeast. Wakaze’s site notes that their brewing license for Sangenjaya is not a sake license.] They have to call it “other brewed alcohol”. There has been a move towards including botanicals in craft beer, but WAKAZE is the first to incorporate them in sake.

Using tea is definitely new, Yokō comments. There are so many different kinds of tea, so it was fascinating to use as an ingredient, says Imai, laughing as he mentions that as the project was based in Sangenjaya there was a link there too. [The place name Sangenjaya (三軒茶屋) includes the kanji for “tea” and “tea shop”.] They developed a sake called “FONIA tea”, in two varieties, ORIENTAL and CHAI. Imai invites Yokō to try some ORIENTAL and she’s surprised again by it being served in a wine glass. Imai mentions that the wine glass isn’t just for show, it also enhances aroma.

After tasting, Yokō notes that the aroma is much more complex than she expects from sake. Imai explains that ORIENTAL represents the tropics. It’s made with rice from Yamagata, jasmine tea and hibiscus from Taiwan, red rose petals, orange peel and coriander seeds, which give it this spectacular aroma, and the slight bitterness from the tea accents the flavours. It became their showcase product overnight.

CHAI is based on Indian black tea, with five spices: ginger, cinnamon, cardamom, cloves and pink pepper. It’s like a Masala chai. WAKAZE used a yeast that produces fruity acidity, and balanced the fruitiness with the spice.

Ingenious, comments Yokō. Imai adds that they also used white kōji, which generates refreshing lemony acidity, in a brewing style called shirokōji-moto. [白麹酛, yeast starter made with white kōji.] It’s a natural brewing style that’s unusual even inside Japan, but they like to brew in ways as close to nature as possible.

Yokō asks if natural brewing methods are something special for them. Imai points out that there are additives in sake that don’t have to be declared, like acids or minerals and enzyme preparations. Today, the standard brewing method uses man-made lactic acid to ensure successful fermentation. To him, it’s like cooking but relying on artificial flavourings.

Just like top chefs carefully make dashi [fish and seaweed stock] from base ingredients, WAKAZE sake has no unnecessary additives. The sake made in Sangenjaya is all brewed with local spring water. Kimoto and mizumoto brewing methods rely on microorganisms in the water, so if you change the water you also change that microbial community and you couldn’t brew the same sake even if you tried. You get something completely different. That’s what makes it interesting.

He argues that there’s no point in WAKAZE making sake that anyone could make, or that could be made anywhere. Sake making has become highly industrialised, and uses additives for stability. He doesn’t think that’s always a bad thing, but if brewers get too used to it sake becomes nothing more than something else to get drunk on. Imai believes the next wave of sake making is already here.

Yokō asks if they’re particular about the rice they use. WAKAZE make doburoku at Sangenjaya, but if you make doburoku with sake rice it’s too light and simple and not very flavoursome, Imai explains. Rice that’s good to eat also makes great sake, so they deliberately chose to use a table rice called Tsuyahime. They can create new sake by drawing out the qualities of the rice, adding secondary ingredients like botanicals and creating a good balance between them.

← A sake just for Taiwan Bringing sake to the world, first stop Paris (2/2) →