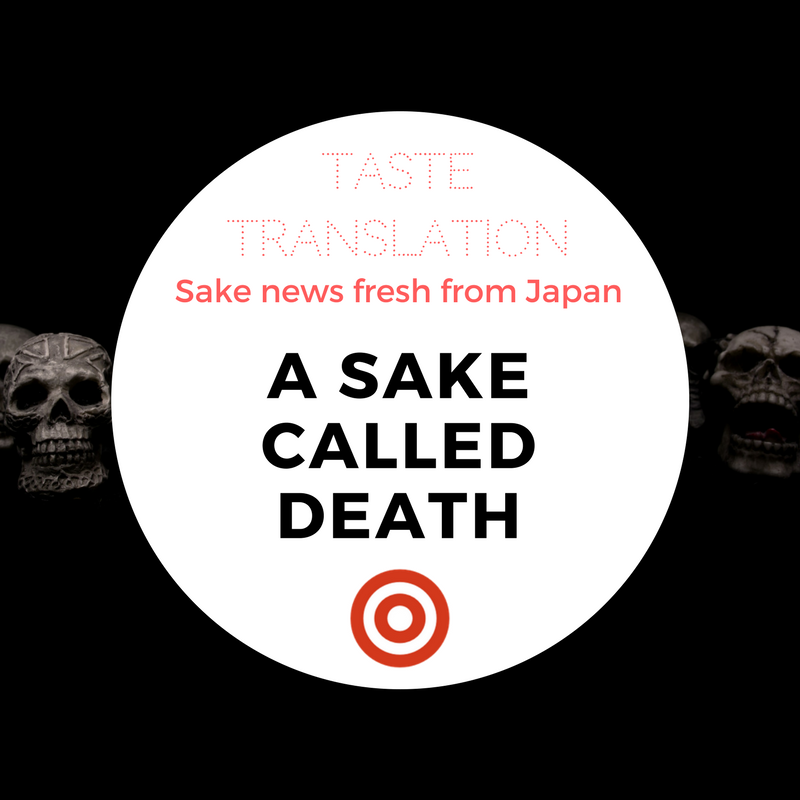 Sake Times (Japanese) reports on a sake with an unusual name – Shinigami (死神). The name is hard to translate because of the different mythologies involved, but the nearest things would be the Angel of Death or the Grim Reaper. Even Kamofuku, the Shimane Prefecture brewery who produce it, agree that it’s “the worst-named sake in Japan”.

The brewery started off by going for gold at appraisal competitions – not unusual until you realise they have no tōji, or master brewer. Ken’ichirō Yoshika, the current owner, came back to the brewery in 1985, and employed a seasonal tōji to produce sake, but that tōji retired in 1988. The brewery then went through a phase where it had a different chief brewer every year, and Yoshika was worried by all the tōji getting older. So, he decided in 1995 to make sake himself, and since then has been brewing with a core team of four.

It was the first time he had tried to brew without a tōji, and it wasn’t a popular move. Yoshika set out to show that he could produce good sake even without a tōji, setting his sights on a gold medal at appraisals as proof. He didn’t manage it in his first year, but won first prize at the Iwami Province New Sake Appraisal in his second and scored the gold medal at the National New Sake Appraisal in his third. And it was no fluke, as he went on to win gold medals for six years in a row.

Yoshika also judged the preliminary rounds of these competitions, and started to question the enormous amount of work put into the sake entered. He knew that winning a gold medal boosts sales, but felt there had to be more to it than that. He thought it necessary for his own brewery to win because he had started making sake himself, but now that he had achieved that goal he didn’t see any point in continuing to chase after awards. So he stopped brewing for competition.

Yoshika was aware that the brewery was affected not only by ageing of its own staff, but also of its distribution channels. He developed sales routes outside the prefecture, not in an indiscriminate effort to increase sales but instead by meeting people and talking face-to-face and only allowing his sake to be sold by shops he was happy with.

Kamofuku brewery’s total output is around 200 koku (about 36,000 litres), and Shinigami accounts for only 60 koku (about 9,000 litres). It was first produced about 20 years ago during the fad for tanrei-karakuchi (extremely light, crisp and dry) sake. Yoshika thought it would be fun to produce something completely opposite. Shinigami is a sweet, mellow junmai mischievously given a name that connotes misfortune to show how it goes against the grain.

The article goes on to describe tastings of three sakes – one made with Shimane University HA-11 yeast which combines traditional No. 7 yeast with alpine yeast to produce a definite flavour with a hint of aroma, making it perfect for drinking during a meal. Another was a matured junmai high in succinic acid, which according to Yoshika makes it perfect for drinking warm and pairing with traditional autumn and winter foods. The brewery presses its sake using the funashibori method, where the mash is put into cotton bags that are laid into a long, thin box and mechanically pressed. They also vary the ratio of sake rice to water in the ferment to extend the kōji fermentation, producing a different flavour profile they call kodaishu (古代酒, ancient sake).