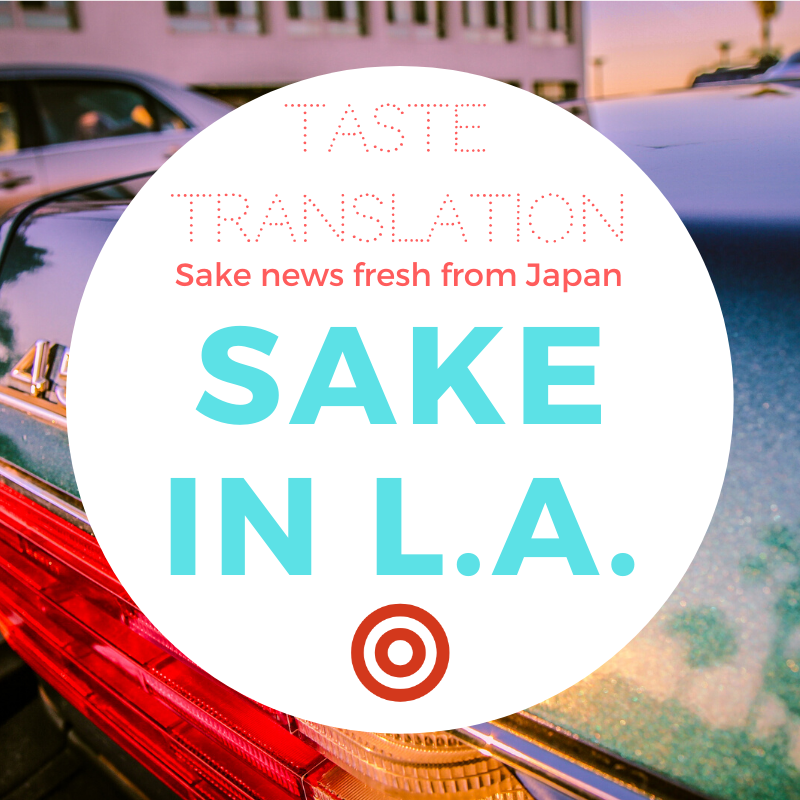 JFOODO, charged with promoting Japanese food overseas, teamed up with the New York Times newspaper for a one night only special event in Hollywood showcasing the appeal of sake.

Under the banner of “Escape the Ordinary”, the event was held at popular LA restaurant Son of a Gun and focused on pairing sake with Western seafood dishes, following a multi-course menu prepared by award-winning chefs Jon Shook and Vinny Dotolo.

Although sake consumption seems to be on the rise in America, it still faces many hurdles compared to wine. Sake was synonymous with heating until recently, when more elegant styles started to be served cold at sushi or Japanese restaurants. And it’s still not a drink of choice for family meals or widely found except with Japanese dishes. The ultimate aim of this event was to present sake in a slightly different context.

Starter, salad, main course and dessert were paired with five sake selected by sommelier Nancy Cushman, who runs several restaurants in New York and Boston, and served to around 50 local food writers and influencers. The event hall was decorated with cherry tree branches for a Japanese touch, contrasting with the lack of Japanese food. After listening to how the plentiful umami in sake complemented the flavours of seafood and how its lack of iron and sulphates meant it could erase fishy aftertaste, they started on dinner.

The cocktail party before dinner included a welcome drink of Mio sparkling sake, while the starter of yellowfin tuna and avocado was served with Dewazakura junmai ginjō. The next course was a surprise – Caesar salad, with Kasumitusuru kimoto karakuchi from Hyogo Prefecture, with the acidity of the sauce and dryness of the sake providing an unexpectedly successfully pairing.

The main course, trout amandine, was accompanied by Tentaka tokubetsu junmai from Tochigi. The umami of the sake and acidity from the lemon complemented the trout beautifully. Finally, dessert was lime frozen yogurt served with naturally sweet Shirakawago awa-nigorishu. Nigori is rare in America, and the fact that it was sparkling as well made it a hit with many attendees. [I was under the impression nigori was popular in the US, but maybe not.]

The combination of sake and Western food was full of new and surprising discoveries. The first thing people living in a wine production area like California think of reaching for when faced with Caesar salad or other Western dishes is wine, so these pairings were a breath of fresh air. The event has already been held in New York and San Francisco.