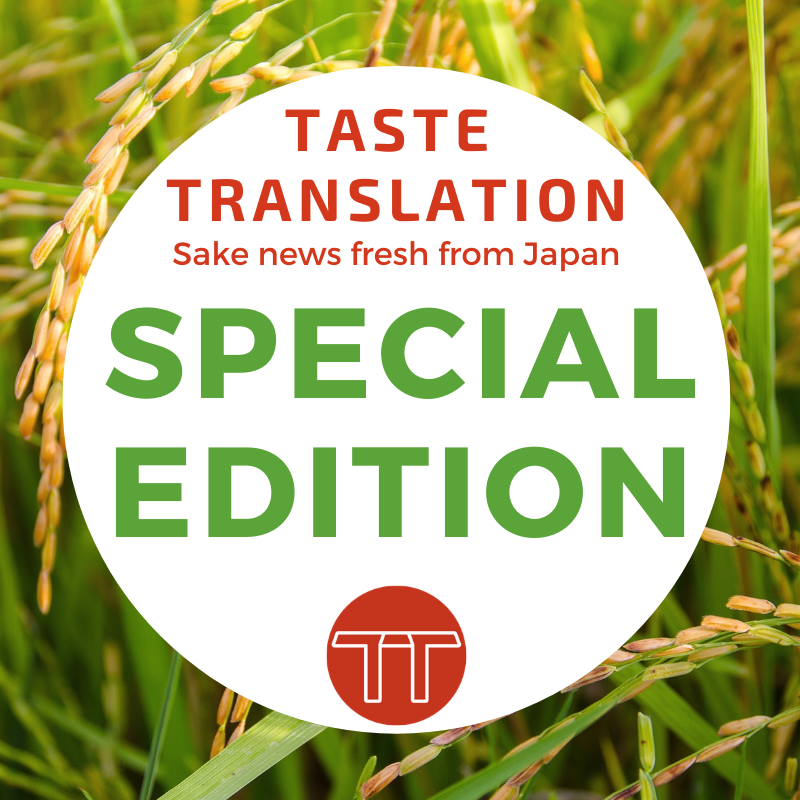 It’s not unheard of for musicians or actors to team up with breweries to promote sake, and local news site Agara Kii Minpo reports that Tachibana Kenchi of wildly popular Japanese groups EXILE and EXILE THE SECOND is doing so for the second time with popular and cutting-edge brewery Matsumoto Shuzō.

Shuhari Tachibana, due to be released on 4 October 2020, was featured in the October issue of Discover Japan magazine – Tachibana is a regular columnist and used his space to interview the kuramoto [蔵元, brewery owner].

Tachibana is known as a performer but has also been getting more and more deeply involved with sake for many years, and now wants to use his position to make more people aware of the intricacy and depth of flavours in modern sake and also of sake breweries as local guardians of traditional culture. One way he does so is by interviewing people at outstanding breweries and other key figures in the modern sake world. He’s convinced that the pandemic has led even more people to develop an interest in the potential of both sake and culture.

Matsumoto Shuzō has developed strong ties not only through sake but also through food culture. Tachibana notes that he and Matsumoto Hidehiko, tōji at Matsumoto Shuzō, share common views on both sake and food and also taste in music as they’re of a similar age. This is their second collaboration, and Tachibana adds that seeing the wintertime brewing of Matsumoto’s Shuhari ID Series gave him a new appreciation of sake brewing and its close connection to primary industry.

The Shuhari ID Series isolates one important element of sake identity (ID), namely rice. Sake in this sub-brand of their flagship label is brewed with rice from just one field. This makes it possible to express a identity more fully, including the environment of the field the rice was grown in. Shuhari Tachibana uses Yamada Nishiki rice grown in Okamoto, in the Akitsu area of Katō City in Hyōgo [a very famous Yamada Nishiki growing region]. The new sake revives the identifying number ID597 given to this plot. The brewing reflects the individual characteristics of the rice itself, derived from the fields, bringing it out fully in the flavours.

The sake will gradually be released to bars and restaurants, followed by distribution to Hasegawa Saketen (Tokyo) and Sake no Yamamoto (Osaka) from 4 October 2020. The back label has a QR code linking to an exclusive and time-limited video designed to draw attention to the future of Japanese agriculture and allow viewers to experience it through images.

An online event is planned for the day before the release, offering keen fans the chance to be the very first to taste the sake alongside Tachibana and Matsumoto Hidehiko themselves.

Tachibana comments that he has come to a deeper understanding of the brewery’s vision in the time between his previous project and this one, which involved wintertime brewing of rice harvested from the same field. He finds himself more aware of rice as the raw ingredient of sake, and with a clearer view of how the first project flowed well into the next. He also wants people to be aware of the current state of Japanese agriculture, and to experience the charms of sake and know about its background.

He also points out the QR code and exclusive video, and hopes that his conversation with Matsumoto Hidehiko about who made the sake and with what intention will increase the viewer’s enjoyment.

Matsumoto Hidehiko adds that he subscribes to the common saying that sake is made from rice and water by people, and teamwork is critically important in his brewing. Thinking back to his first collaboration with Tachibana two years ago, with both of them gazing over the rice field or drinking the brewing water, he acknowledges that their relationship has also developed during the project. They trust and understand each other more, which allows him to draw out more in his work.

He also points to the video as one of many new ways for people to enjoy the sake, and muses that the current restrictions and burdens have had the effect of drawing out huge amounts of potential. He has a clear sense of the passing of responsibility from the farmers, to himself and his staff at the brewery, to Tachibana, and on to the retailers who will finally deliver it to the customers.

He sees the end customer enjoying a meal while watching the video and drinking Shuhari Tachibana as the reward for their efforts, and also as an experience that connects them to their next project. He hopes the sake he brewed seriously and yet joyfully will bring some happiness to those who drink it.