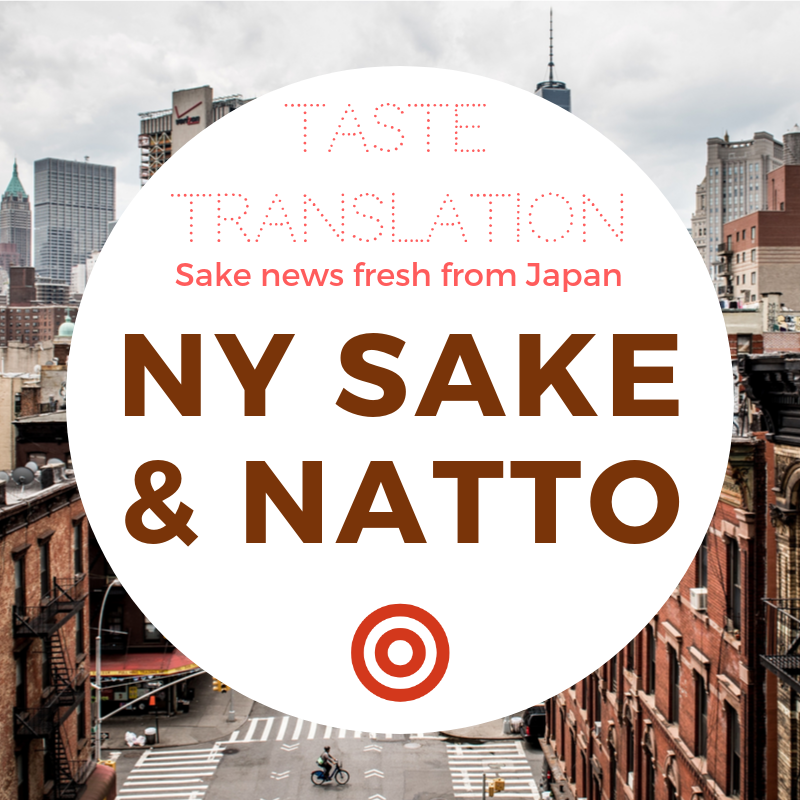 Abe Kasumi writes an article for Yahoo Japan News addressing what she calls the growing phenomenon of “Japanification” of food and drink in New York. The city already has Uniqlo, Daiso and Japanese beauty brand shops, but the trend is particularly visible in the restaurant industry.

A host of famous Japanese names have opened up in the big apple, including Flipper’s “miracle pancakes”, the consistently popular Ippudo, Ichiran, Otoya, Inakaya, Gyukaku, Tsurutontan and Ginza Onodera, plus Ippodo tea, Ikinari Steak and Tonchin.

New Yorkers love anything new and also see Japanese food as sophisticated, while those who have visited Japan can enjoy telling tales of their trip while reliving the food side of the experience.

Dassai also have a brewery set to open in New York to take advantage of these positive perceptions of Japanese food. Brewer Asahi Shuzō had an announcement for local sake fans at a party held in Manhattan on 3 October [2019] – they intend to open a new brewery in Hyde Park, New York state by winter 2020, and start brewing a new sake called Dassai Blue. The sake will be made from Yamada Nishiki rice grown in southern Arkansas and New York water. President Kazuhiro Sakurai explained that the name “Blue” was chosen as a reference to the Japanese saying ai yori aoshi (藍より青し, blue/green over indigo, referring to a disciple surpassing their master) to express their wish to surpass their original products and make a sake ideal for the local area and food culture.

But New York isn’t stopping at Japanese brewers coming over, it also has its own sake brewery and even nattō made with American ingredients by traditional methods, produced for local consumption. So Dassai is also facing competition in the form of a rising tide of Japanification in local food.

Local sake brewery Brooklyn Kura opened in January 2018, attracting locals to their sake bar and tasting room. The two young American owners met by chance when invited to a wedding in Japan, fell in love with sake and decided to try making it themselves. Everything is done in Brooklyn, from brewing to bottling. Their main product is junmai ginjō nama genshu, which Abe found to have a surprisingly good balance of dry and sweet.

Brooklyn is also the place to go for freshly made nattō. Second-generation Japanese Ann Yonetani, a former biomedical researcher, set up NYrture New York Natto in 2016. Her Japanese parents had introduced her to nattō as a child, and she decided to start making it herself as there was no fresh nattō available locally. She uses non-GMO soy beans from North Dakota.

It’s completely different from commercial nattō. What you find in local Japanese supermarkets is frozen and air-freighted, so hers is naturally fresher with different aroma, bite, stickiness and nutritional value. This shows how completely Japanese food has penetrated the New York food scene, when people are driven to make their own because there’s something missing.

You can get almost anything in New York, although some regional styles of cooking are still missing: you can get dishes from Hakata and obanzai from Kyoto, but many people still haven’t heard of traditional dishes from Akita or Hiroshima. But they’re almost certainly on the way, and ready to become a new New York sensation.

Interesting to see that production at the Dassai brewery in New York state seems to be delayed even further… the original annoucement was some time ago.

← The future of sake - in department stores? A Shizuoka sake brewery exporting 40% of their production →