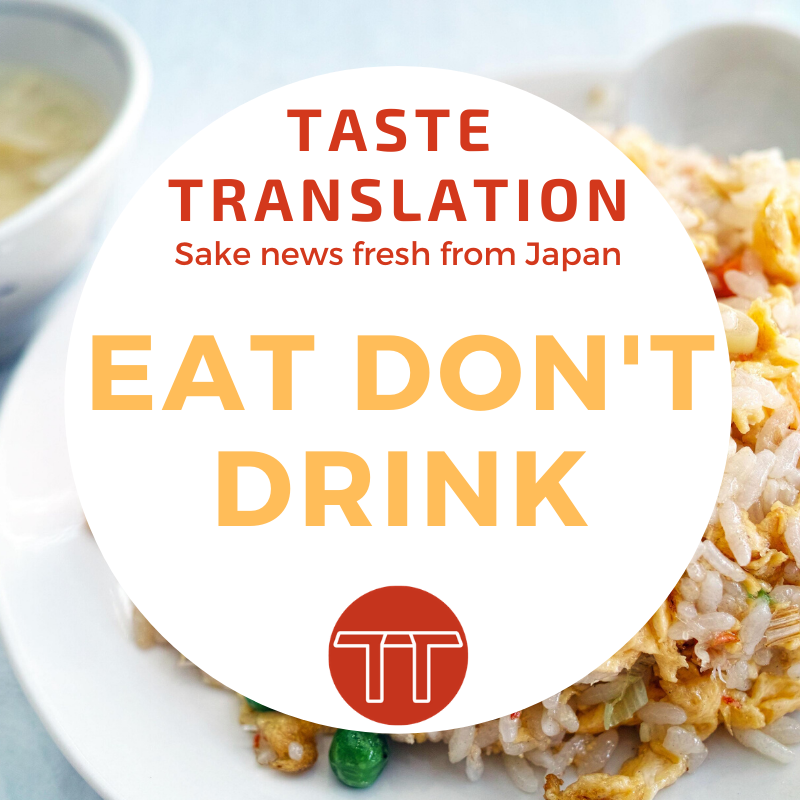 Rumi Ide reports for Yahoo Japan News on yet another knock-on effect of coronavirus, this time on the agricultural sector and farmers growing rice for sake brewing.

Asahi Shuzō in Yamaguchi, makers of Dassai, only use the most widely grown and prized sake rice – Yamada Nishiki.

But disruption from the coronavirus pandemic is having far-reaching effects which are already affecting next brewing season as they go all the way back to the raw ingredient – rice – and the livelihoods of the growers.

The 14 June 2020 edition of the Nihon Nogyo Shinbun (The Japan Agricultural News) reported that demand for sake rice [酒造好適米, rice (variety) suited to or developed specifically for sake brewing] from the largest growing area, Hyogo, is expected to drop by 30%.

About 80% of the area under cultivation as rice paddies in Furukawa, Miki City, Hyogo Prefecture is planted with Yamada Nishiki. Transplant of rice seedlings began in earnest on 30 May 2020, but shipment volumes of sake in February were down 9% on the previous year, then 12% down on the previous year in March and 21% down in April according to the Japan Sake and Shochu Makers Association (JSS).

Asahi Shuzō, aware of the mismatch in demand and supply, are promoting Yamada Nishiki as a rice for eating instead of brewing to help the rice sell and by doing so help the farmers who grow it. Milled to 90%, each 3 gō (3合, 450 g) pack sells for JPY 348 (before tax) from their site and their licensed retailers. Ide tried cooking it, and found it not very sticky and light in flavour.

Unlike regular table rice, sake-specific rice has more carbohydrate, which is concentrated in the centre of the grain and protein and vitamins concentrated on the outside, which is milled away. These substantial differences mean it also has different flavour and texture, and its non-sticky nature makes it suited to dishes like risotto or paella.

The Asahi Shuzo site recommends cooking it in a little less water than table rice, and using it for risotto or chahan (Chinese-style fried rice).

Dassai is very well known among sake fans and even those who know very little about sake. Ide became aware of the brand in 2017, when Dassai recalled products voluntarily for safety checks, had them further checked by a health centre, then sold the confirmed safe products for half price and donated proceeds of over JPY 1,800,000 to a food bank.

Rice needs nearly six months to grow from a seedling transplanted into a field until harvest. The Japan Agriculture co-operative (JA) issued an emergency notification to all farmers in Hyogo Prefecture in late April warning that they should consider switching from growing sake-specific rice to table rice, but many had already started growing their seedlings and couldn’t change variety.

There are around 100 varieties of sake-specific rice, not just Yamada Nishiki but also others like Gohyakumangoku, Miyama Nishiki, Omachi, Akitashu Komachi. Three brewers in Okayama, home of Omachi, are offering it as a table rice in supermarkets in the prefecture.

Another knock-on effect of the pandemic is that many breweries, seeing the collapse in sales, stopped brewing earlier than they normally would. This left them with a smaller production for the season, and not as much sake to sell. But a full understanding of the impact came too late to adjust rice orders for the 2020-2021 season, which may leave an even greater excess of sake rice at harvest time this year as breweries keep production scaled down.