Big brewery turns to biotechnology to knock out off-flavours 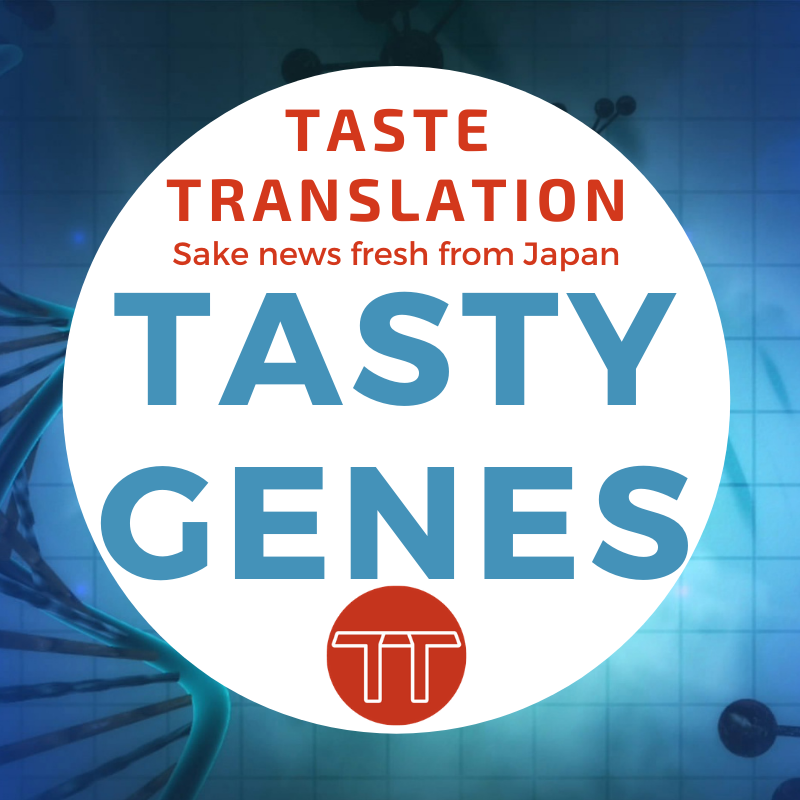 The Kochi Shinbun carries a story about a new yeast developed by brewing giant Gekkeikan for a new junmai entry in their THE SHOT series of 180 ml bottled sake.

While many sake breweries are small (tiny) family-owned and run businesses, a handful – including Gekkeikan – are massive companies with their own research and development laboratories.

The Gekkeikan General Research Institute is in the news for a new culturing technique to breed strains that don’t produce the smoky deterioration aromas or “off-flavours” that can be a problem with some non-traditional sake brewing yeast. [The article says both “deterioration aroma” and “off-flavour” so it could be both aroma and flavour.] This allows brewers to culture and use suitable yeasts other than those normally used in sake brewing – potentially creating new aromas and flavours never before experienced in sake or other drinks.

4-vinylguaiacol (4-VG) is responsible for a smoky off-flavour found in sensory assessment of sake. [The flavour is also described as “clove” or “carnation” in wine tasting, or “smoky”, “chemical” or “spice” as an off-flavour in sake.] Phenolic acids in rice are converted to 4-VG by a yeast ferulic acid decarboxylase gene (FDC1) during sake brewing.

Yeast strains normally have two copies of functional genes, but most yeast used for making sake have loss-of-function mutations in both copies of FDC1 and so produce no 4-VG. The U-01 yeast strain found inside Gekkeikan’s own brewery has one functioning copy, so it produced 4-VG in brewing experiments but was still evaluated as producing excellent flavour.

Researchers therefore tried to knock out the functioning copy of the FDC1 gene so as to eliminate production of 4-VG and improve the aroma and flavour even further, and used the high-efficiency loss of heterozygosity (HELOH) method of gene disruption to do so. However, they needed to correctly select a strain with loss of heterozygosity (LOH), and it wasn’t clear how to do so.

They solved the problem by using a marker in the shape of a neighbouring gene with a known method of selection for strains with loss of heterozygosity, namely gamma-glutamyl kinase (PRO1). Yeast strains with only one copy of PRO1 are resistant to the antibiotic L-azetidine-2-carboxylic acid (AZC), which yeast take up by mistaking it for the amino acid proline, so resistance to AZC showed that the strain had lost one copy of the PRO1 gene, and presumably one copy of the FDC1 gene as well.

The experiments resulted in the creation of GW-02, a yeast strain with loss-of-function in both copies of the FDC1 gene. The new strain was then tested in small-scale sake brewing, found to produce no 4-VG, and the resulting sake had both sweet and sharp aromas and great depth of sweetness. Using the new yeast strain to brew at industrial scale had the same results.

So now yeasts that both are and are not used for sake brewing, including ‘house’ yeast found in breweries, can have their ability to generate off-flavours removed and be used for making sake with aromas and flavours that were previously impossible to obtain, contributing to the diversification of sake.

The research was reported on 21 October 2020 at the 2020 meeting of the Brewing Society of Japan as “Disabling production of 4-VG in ‘house’ yeast”.

Gekkeikan have named the new yeast Jiemon kōbō [治右衛門酵母] after the company’s Edo Period founder, and even given it its own logo. They hope to use it to produce new types of sake and increase the appeal of sake in general.

The new THE SHOT Fresh and Juicy Junmai brewed with the new yeast is said to have sweet yet tangy aromas of pineapple and apricot, and to have depth and richness of flavour while still being refreshing – a junmai with a completely new flavour profile, packaged in a stylish and portable “one shot” bottle.

The Gekkeikan Research Institute was founded in 1909 by then-company president Tsunekichi Okura, who recognised the need to introduce scientific methods to sake brewing in order to be on the leading edge of the industry. It currently studies fundamental brewing science and uses biotechnology to develop new techniques and products through a wide range of research areas.

← A sake to warm your winter nights The rise and rise of non-alcoholic everything, including sake →