What’s cooking? The difference between “cooking sake” and “sake for cooking” 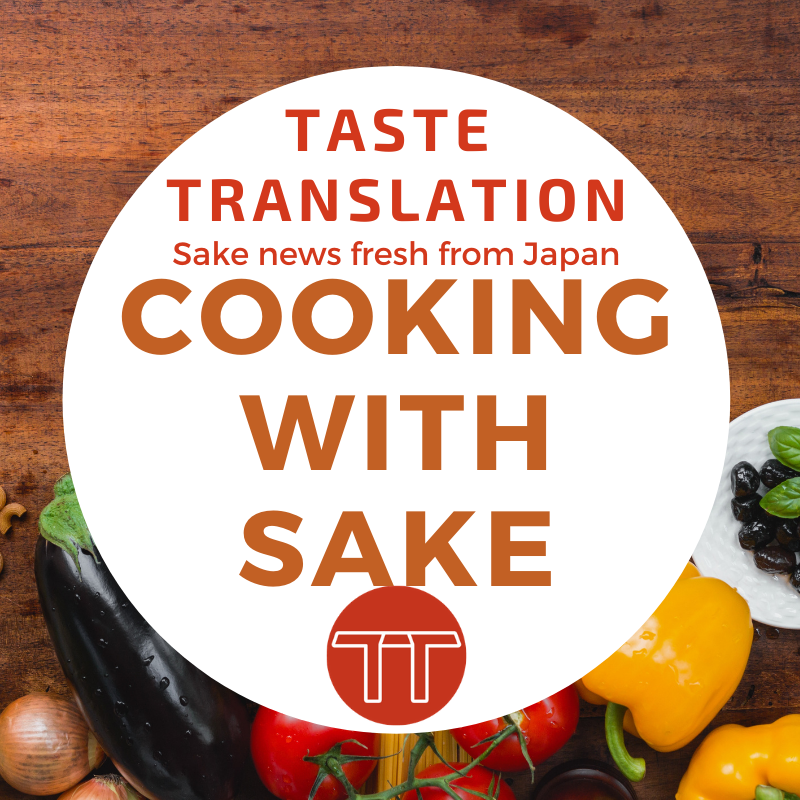 An article from Tanoshii Osake featured in Gadget Tsushin asks, what’s the difference between cooking sake and normal sake? And which one do you reach for when a recipe lists “sake” as an ingredient?

The main is that cooking sake, or ryōrishu [料理酒], is that most cooking sake have salt, sweeteners or other ingredients added to them.

If you check the label on one you find in a Japanese supermarket, they often say “cooking sake with added salt (fermented condiment)” [加塩料理酒（発酵調味料）]. These contain about 2-3% added salt, as well as sweeteners like malt sugar [水飴, mizu-ame] and vinegar.

So cooking sake is generally too salty and sweet to drink, and doesn’t have the same rice-derived flavours as normal sake. It also tends to be lower in alcohol.

Why does ryōrishu contain salt? In what may be a familiar twist, it’s down to Japanese liquor tax laws. Putting salt in sake to make it undrinkable, similar to “denaturing” alcohol, changes its classification from “alcohol” to “food” and makes it no longer subject to the taxes levied on alcohol. This usually makes it cheaper, and able to be sold by retailers without a licence to sell alcohol.

All of this is in contrast to another type of “cooking sake” – normal sake designed to be used in cooking, with no salt or anything else added. Called “sake for use in cooking” [料理用清酒, ryōri-yō seishu], it’s labelled as no-salt [無塩, mu-en] or seishu, the legal term for sake. This type is classified as alcohol and so subject to tax, making it more expensive.

So you have “cooking sake” and “sake for cooking” – which one do you use in a recipe that list “sake” as an ingredient? If the recipe lists o-sake [お酒], it’s usually ryōri-yō seishu, a normal sake suited for cooking with, but you could also use ryōrishu by making some adjustments to the rest of the recipe.

If you use ryōrishu, it already contains salt and sweeteners, so you need to reduce the amount of salt, sugar and mirin in the recipe. Or you could replace salt and sugar in a recipe by using just ryōrishu instead.

The opposite holds true for ryōri-yō seishu, which has no added salt or sweeteners. If the recipe calls for o-sake you don’t need to make any changes, but bear in mind ryōri-yō seishu may be too rough or acidic for easy drinking, as it’s intended to give depth of flavour and umami to dishes.

And normal sake intended to be drunk? Other than using its amino acids to enhance the umami and depth of flavour already in the food, you could also make use of its alcohol content to tenderise ingredients by retaining water and preventing them drying out, making them better able to absorb other flavours such as seasonings so you can use less, or using the aroma and citric acid in the sake to mask unpleasant smells.

To get the most out of sake, and make best use of its ability to tenderise and flavour, add it first. If using it to add to other flavours, splash it on before any condiments. Sake and mirin should also be cooked hot enough to remove most of their alcohol, known as nikiru [煮切る]. The boiling point of alcohol is lower than water (just under 80°) so boiling while cooking will do.

If you decide to use sake in your cooking, what type is best? If you want to let the flavours of the ingredients come through without overwhelming them with seasoning, ryōri-yō seishu. But if you want stronger flavours or to enhance what’s there, the salt and sugar contained in ryōrishu will do that for you. Or keep the comparatively more expensive ryōri-yō seishu for dishes you’re particularly keen on, and use ryōrishu for the rest.