The secret to exporting 1/3 of production? All in the names 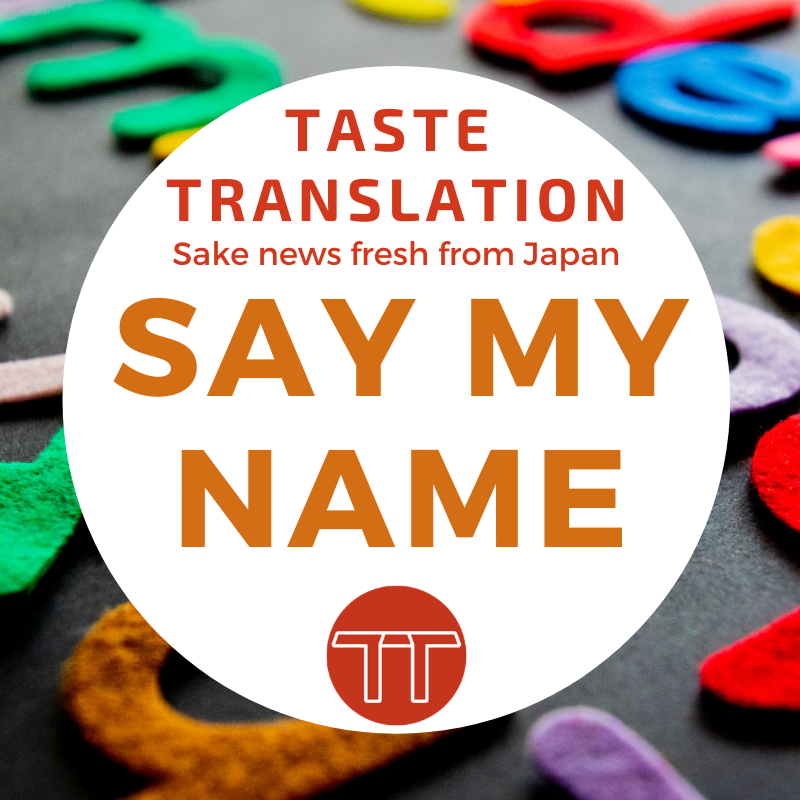 The average quantity exported by most sake breweries is around 4-6%. So how does one brewery export 1/3 of its production? Tomoko Takiguchi reports for Nikkei Style on Rihaku Shuzō, with the article also appearing in Yahoo News.

Founded in Matsue City, Shimane Prefecture in 1882 (Meiji 15), Rihaku Shuzō are famous for their eponymous brand of sake. Matsue native Wakatsuki Reijirō, who served as Prime Minister twice between the Taisho and Showa Periods, named it after Tang Dynasty Chinese poet Li Bai, who was also known as the “wine immortal” (酒仙). The brewery started exporting in the 1980s, and their sake is now available in 14 countries and regions including Hong Kong, the USA, Germany, Switzerland, Singapore.Not only that, exports make up a startling one third of their production.

Fifth generation kuramoto Yuichiro Tanaka comments that the number of breweries exporting abroad has grown in recent years, but back in the 1980s when he started it was rare to have a kura where two generations, parent and child, were exporting. The first time Tanaka went abroad was in second year of elementary school, accompanying his father on an export trip. This trip was the first of many, and by the time Tanaka was attending the Fermentation Department of Tokyo Agricultural University he was a regular world traveller.

He freely admits to being influenced by his father’s love for travel, and made business trips overseas about four times a year. Now he’s been stranded in Japan by the pandemic for six months, something he hasn’t experienced for about 20 years. It’s a strange feeling, he laughs.

Their products popular overseas are Rihaku tokubetsu junmai nigorizake Dreamy Clouds (JPY 1,430 for 720 ml) and Rihaku junmai ginjō Wandering Poet (JPY 1,650 for 720 ml without presentation box). Their English nicknames are based on the characteristic of each sake, Dreamy Clouds for nigori and Wandering Poet alluding to the Chinese poet the label itself is named for. Both names have an emotional quality about them, tugging at the heartstrings.

Tanaka points out that even if an overseas buyer doesn’t know the name Rihaku, the English nicknames make the products easy to remember. He’s also aware of differences between countries, knowing that the brewery’s nicknames are said to have a superb ring to American ears, but their tokubetsu junmai nigori is nicknamed Blue Purely in Australia.

That’s their secret to making their sake popular abroad – hours spent consulting their American importers to find catchy, memorable names that are familiar and easy to remember for overseas consumers, instead of unfamiliar Japanese ones.

When they started exporting, the best-selling product was Dreamy Clouds, the tokubetsu junmai nigori. And not in the standard retail 720 ml bottle size, but the smaller 300 ml “trial” size. Tanaka speculates that its white and cloudy character made it stand out compared to standard clear sake, and therefore more likely to be ordered. Drinkers just need to remember “that white one”. Nigori’s silky, mild texture also makes it easy to pair with Western and spicy foods, and it has retained its popularity overseas over time.

However, the clear junmai ginjō Wandering Poet has become more popular than Dreamy Clouds in the last few years, and in the standard 720 ml retail bottle size. Apart from during the Lehman Shock [the Japanese name for the 2008 financial crisis] export quantities of both have steadily increased at about 120% year on year.

Tanaka breaks it down: standing out and simplicity were important in the beginning, but now sake is more commonly available overseas consumers are becoming interested in more authentic forms. Sake has gone from being something relatively unknown to something that they receive regular orders for.

However, orders from Europe and Asia have stalled because of the pandemic. The only regions where orders are back to normal are Australia and China, which have had some success in keeping the virus contained and are seeing signs of economic recovery. Tanaka predicts that their total exports for 2020 will be down to about 70% of the quantities shipped in 2019.

Rihaku’s largest export destination is the USA, which takes 60% of their exports. With high class Japanese restaurants forced to close, the local market for sake has been dealt a devastating blow. However, Tanaka says they weren’t hit as badly as he had imagined they would be, probably because although they’ve seen stronger sales through off-trade, retail channels.

When they started exporting, Rihaku took the same approach as other breweries and went through Japanese-affiliated importers, targeting big cities with a large Japanese population such as New York and selling well through the Japanese-owned restaurants those importers served. This Japan-affiliated high-class market was unexpectedly large, and not many brewers were competing there at the time, so it was a critical one. However, Tanaka muses, the reality was that only a small number or wealthy consumers were being introduced to sake.

There isn’t as much high-priced sake in the USA as there is wine, but after taking taxes and transport costs into account it’s also not cheap. Tanaka and his US partners believed that to have locals enjoy sake on a daily basis, they needed to convince them that the higher price was justified. One way they tried to do so was using the back label of the bottles to educate consumers, with diagrams and English text explaining how rare “premium” (特定名所, tokutei meisho) sake was, in particular that junmai ginjō and junmai daiginjō made up only 2.6% of the market. These constant efforts paid off, with US sellers reporting that Rihaku was one of only a few sake that consumers wanted to drink at home during the pandemic.

Hong Kong, which has no import tax, is their oldest export destination. Rihaku started exporting there in the late 1980s, when Japan was in the middle of a daiginjō boom. Hong Kong then went all in for super-premium “star” sake like Juyondai (Takagi Shuzō, Yamagata) with some bottles allegedly selling for JPY 100,000 (EUR 800, USD 945).

Tanaka says that anything popular in Japan tends to become popular in Hong Kong, so sake has become something like a fashion accessory or status symbol there in the same vein as luxury foreign cars.

He’s also heard that people with a deep knowledge of sake can succeed running their own businesses in Hong Kong, or that learning about sake can help someone make a living. Gaining a sake qualification is enough to warrant a higher salary, and making a name for yourself as the sake manager at a famous restaurant opens routes to highly-paid occupations such as independent sake consultant. Sake in Hong Kong is something aspirational, with young people seeing Sake Meister as a cool and sophisticated job. [I thought it was a qualification.] These Hong Kong sake experts place great value on getting to know Japanese brewers, and will even go on self-funded visits to breweries. Their level of experience with sake is directly connected to how much trust their clients have in them and to their own results.

The key to feasibility of exports for Tanaka, based on his experience, is whether there are people in the destination country who would give anything to sell sake there. As a kuramoto, his stance was not to expect too much from export sales and instead to make it a longer term effort where he looked for opportunities to talk about sake while regularly making business trips overseas.

Shimane Prefecture is one of the alleged birthplaces of sake, and has one of the highest levels of consumption in Western Japan. The San’in region is the home of the Izumo Tōji, which pass down brewing know-how across the generations. The members of the guild are now of the age where many have retired, and when Tanaka took over he decided to stop using a tōji from the guild and instead put his employees in charge of production.

Some aspects of production haven’t changed, and they still use well water which includes a small amount of sea water, a water source which was selected as one of Shimane’s Top 100. It’s part of what makes Rihaku what it is, although being too individual can also hurt a sake’s chances at competition. Tanaka speculates that if there was no individuality sake would lose its appeal, and homogenisation would just be boring. His guiding principle is to recognise the brewery’s history and seek to make new Rihaku that is still truly Rihaku.

In July, Tanaka launched a site called SakeComi (さけコミ), which lets local sake fans find bars and restaurants where they can find the sake they want to drink. At the moment most of the content is for Shimane sake, but he hopes to cover most of the country before Sake Day on 1 October. He explains that while travelling people often want to find sake only available locally, but have no idea where it’s sold or served – his own experience as a seasoned traveller. He’s also planning to open a similar search site for overseas.