The secret of Heiwa Shuzo’s success – people, and teamwork 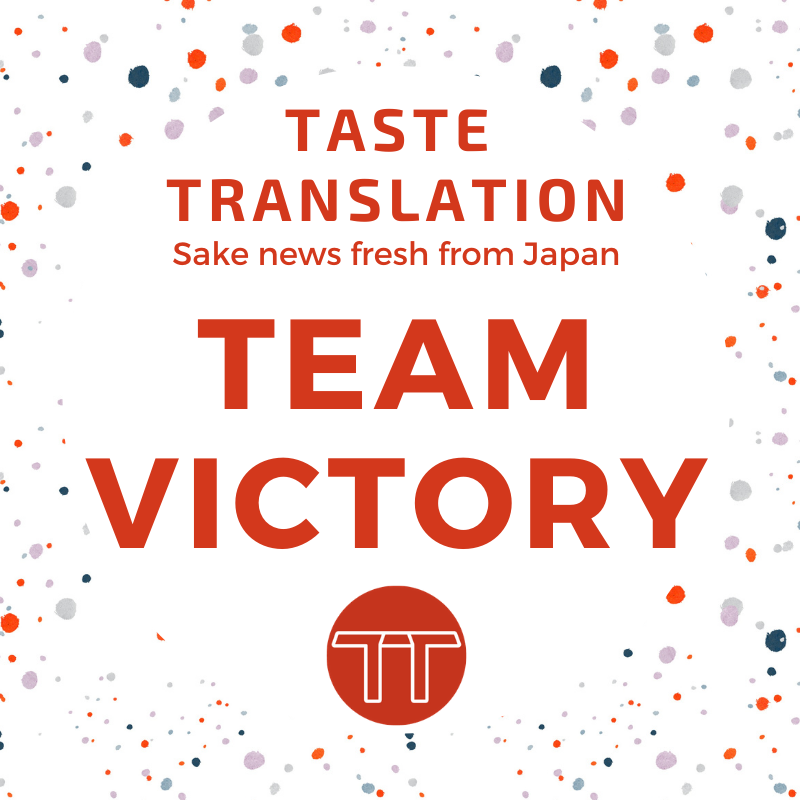 Saiko Fukushima interviews Norimasa Yamamoto of Heiwa Shuzō for Nikkei Business, hot on the heels of their December win of Sake Brewery of the Year – the first brewery to win it twice after they won it in 2019 – and Champion Sake for Kid Muryōzan junmai ginjō in the 2020 International Wine Challenge.

The competition had 1,401 entries this year, with just one Champion Sake selected after blind tasting in nine product categories.

Yamamoto said he was overjoyed that their constant efforts had led to such recognition. He became the fourth owner when he returned to the brewery 16 years ago, reorganising it and investing in training the staff, which has led to its current success.

He also wrote a book, Ko ga Tatsu Soshiki [個が立つ組織, an organisation that stands out for individuality] detailing the actions he took to overhaul the company. He points out teamwork as an important contributor to the brewery’s success.

Yamamoto was born in 1978 in Wakayama Prefecture, and after graduating from the Graduate School of Economics at Kyoto University went to work for a HR venture company. He returned to the family brewery in 2004. He pivoted the company away from mass-produced pack sake and towards development and sale of their own branded products. He graduated from the Postgraduate School of Management, Kyoto University in 2019.

Asked by Fukushima how he felt after winning such a coveted prize, Yamamoto replies that he was surprised – and relieved that the direction he had been steering the company in since he returned 16 years ago, towards making better sake, hadn’t been a mistake. He also credited the award to teamwork among the brewery’s employees. Rather than celebrating with them, he feels like he’s watching their jubilation from behind. He’s delighted not just by the win, but also by the feeling that he’s succeeded in creating a great team.

Fukushima remarks that the contest is entirely based on blind tasting, so flavour becomes everything – did that influence the result for Heiwa Shuzō? Yamamoto answers that for brewing sake, the process of trial and error when dealing with rice and water that differ from year to year is extremely important. They don’t leave the brewing entirely up to the single tōji, instead all employees voluntarily and seriously think and talk about how to improve their sake every day, improving things little by little as they go. That’s where he sees the connection to their success.

The conversation then moves on to Yamamoto’s return to the brewery, when he realised that the era of mass production and mass consumption was ending and the company couldn’t continue as it was. He then turned to developing their own brand, Kid. [紀土, kiddo] Yamamoto adds that product development for Kid was actually based on training and development for the brewery staff. They started hiring university graduates, which was ahead of the times for sake breweries. For the first time since the company was founded, they asked the tōji to explain the entire brewing process, documented it, and used it to train up young new employees. They call it sekinin-shikomi [責任仕込み, duty brewing], where the work is split up and young employees given responsibility. One person takes charge of several tanks, and looks after the process themselves from start to finish. This makes it clear whose sake has produced given results, and allows everyone to really acquire the skills they need.

What helps with this development of skill, Fukushima asks. One thing, Yamamoto says, is a practice he brought in 16 years ago and has continued ever since – tasting around 40 sake every single day. He sees daily practice as essential to developing sake brewing skill. Brewers have to understand what is good or bad in flavour and aroma. So they sample not only the sake from the tanks being brewed by each employee but also sake from other companies in order to develop their sensibilities.

All 17 brewery employees take part in the tastings – even those who work in sales or administration and have nothing to do with the brewing. Having everyone understand both the direction both the company and its sake are taking lets them really work as a team. And everyone loves sake, so it’s a pleasure rather than a chore.

Another essential factor is completely open communication on the brewery floor. It used to be that the tōji, the only person with the skills needed to brew, would give orders and others would do just as they were told – a classic top-down structure. But the way of thinking in the kura is completely different now. The tōji and the rest of the staff regularly message each other with advice or things to look out for, a habit that has quickly become ingrained. They now talk more frequently about how to improve, and that in itself has significantly improved their brewing.

What does this great achievement mean 16 years after coming back to the brewery, asks Fukushima. Yamamoto points out that sake production has fallen to less than 30% of what it was 50 years ago.  But Heiwa Shuzō has managed to continuously increase sales despite low economic growth. The brewery still uses traditional methods, so both their numbers and the organisation itself could only grow slowly. Part of him wanted to turn things around quickly once he returned to the family business, but Yamamoto believes it was more important to create gradual and sustainable growth and change and carry on developing.

Yamamoto feels that his 2020 IWC Brewery of the Year award is the result of his first stage initiatives. Although many competitions were cancelled due to the pandemic, and even the IWC judging and announcement of results took longer than usual, but he’s very grateful for it and motivated to keep on giving it his best.

The average age of employees at Heiwa Shuzo is just 31. The company pushes employees to develop their abilities, such as selecting people in their second at the company as team leaders for new projects. They receive over 1,000 applications every year from people who want to work at the company.

Yamamoto’s book is published by Nikkei Business Press, affiliated with the site, so they also give a list of the chapters:

Watching the video in the background on the Heiwa Shuzo site, one person handing the newly-steamed rice has two fingers cut off their plastic gloves to feel the rice directly! It reminded me of this article from Sake Times about the tension between modernisation and relying on the senses in breweries.

← A way to love the new normal - sake from a tap What's cooking? The difference between "cooking sake" and "sake for cooking" →