Survival in the brave new world of sake (1/2) 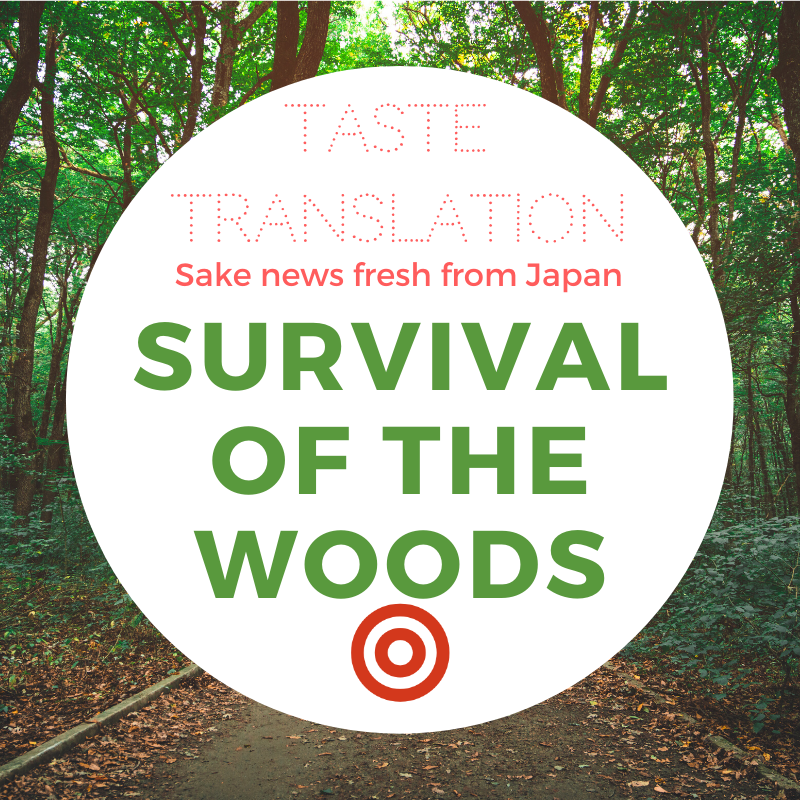 The Gendai IsMedia Finance/Business section features a long interview with Chōbe Yamamoto, 13th generation head of Yuchō Shuzō. Journalist Haruo Isshi asks him what the brewery has done to survive, and what he thinks the future holds.

Isshi opens the article by commenting that the nihonshu boom shows no signs of ending, and it’s sustained by quirky, delicious junmai from one small brewery after another.

One of them is Yuchō Shuzō, which celebrates 300 years in business this year. They started making Kaze no Mori, which celebrates the kura’s muroka (non-charcoal fined), mukasui (no water added/genshu 原酒), namazake (unpasteurised) 21 years ago and it still has enough fans today that it can be hard to get hold of.

Delicate fizziness that fills the mouth, the characteristic freshness of namazake, well-balanced umami… Kaze no Mori stands out because it tastes like it’s fresh from the press.

Isshi opens by pointing out that the industry is clearly developing into a new form while at the same time remaining traditional. More than a few breweries are moving away from traditional flavours but also providing a focus for regional development.

Yamamoto agrees that it is a traditional industry, and that he thinks replicating exactly the same style handed down by your grandfather, or even generations beyond, is one way of running your business. However, it’s also true that the lifestyle and tastes of Japanese people have changed significantly over the generations. The pace of change accelerated after WWII, and never slowed down. The speed of change today is nothing like what it was in the 200 years between the Edo Period and the first half of the Showa Period.

He also points out that brewers have scientific techniques in their arsenal when aiming to please as many drinkers as possible. Every brewer without exception makes use of these techniques. They open up so many possibilities, and for him, this is really where the fascination of nihonshu lies today.

Other traditional industries, crafts like maki-e [“painting” by sprinking gold particles on wet laquer] or nurimono [lacquerware], probably peaked in tehnical terms between the late Edo Period and the Showa Period. People don’t replace more permanent products like those very often, so those traditional crafts are badly affected by changes in lifestyle. But, he laughs, once you drink nihonshu it’s gone, so traditional food and drink probably have an easier time of it as modern businesses.

Isshi counters by pointing out that sales of nihonshu peaked in the mid-70s and have been falling ever since. And the number of breweries is shrinking too.

Yamamoto agrees again, musing that if you go back 30 years or so, there were around 3,000 breweries in the country and it must be around 1,200 now. Demand for nihonshu, including futsushu and honjozo, it still falling.

In the past, if you were drinking it was nihonshu. Baby boomer families probably always had an isshobin [1.8 L bottle] in the house that the mother would use for cooking and the father would heat to drink. Today, a lot of homes don’t keep any nihonshu on hand. That custom sadly disappeared over the last 30 years. In different situations you have beer, chuhai are good too, there’s wine, today there are so many choices. It’s inevitable that the market for nihonshu has shrunk compared to when it was essentially the only option.

Isshi prompts Yamamoto to talk about how Yuchō Shuzō survived. Yamamoto notes that around the period of high economic growth in Japan, lots of nihonshu didn’t have any regional identity. In the days when nihonshu was all there was to drink, no-one had a problem with it all being the same. But after that period, breweries started realising that making the same thing as everyone else and distributing it in the same way as everyone else was dangerous. They started to worry that they too might disappear in this collapse.

To survive, they had to differentiate ourselves from everyone else, do something that only they could do. They aimed to make nihonshu that only we could make. Yamamoto’s father realised how delicious namazake was and, 20 years ago, bet everything on his hunch that it would please drinkers. The brewery went all-in for that gamble hand-in-hand with their retailers.

This is what Yamamoto wants to wrestle with now. He explains that he doesn’t think of other sakagura as competitors. There are many other kura, but no-one makes as much namazake, as much nihonshu that is not heat-treated, as they do. They’ve come this far with muroka mukasui namazake that tastes like it’s fresh from the press and enjoyed by their local customers, that’s their style and they’re not going to change.

He gets the feeling that more people are drinking nihonshu recently are doing so not just for its taste or quality, but because of why it was made, because they know its story. Flavour is obviously important, it’s essential, but the drinker can also enjoy the history or story behind it.

← Do you know how many people know Sake Day? Survival in the brave new world of sake (2/2) →