State of sake-specific rice in 2020 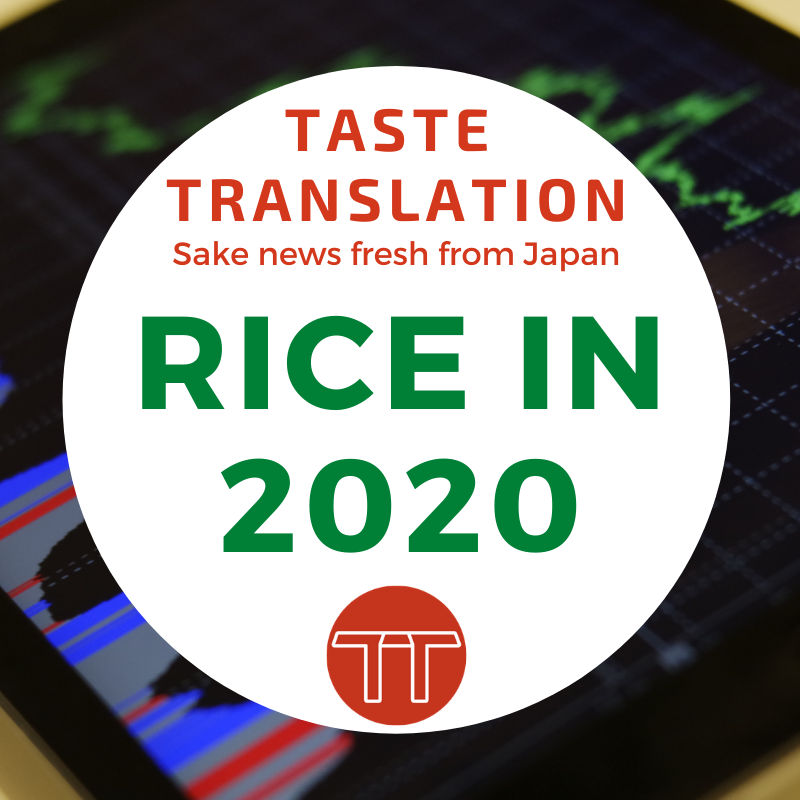 Japan’s Ministry of Agriculture, Forestry and Fisheries (MAFF) released the latest version of their regular Nihonshu wo Meguru Jōkyō (State of Sake) report in April 2021, reporting on a range of factors impacting sake production and consumption.

After talking about production and exports in the first half, the report turns to the subject of sake-specific rice.

You may have already seen some warning signs about too much sake-specific rice being produced in 2020, as breweries suffered another year of generally low demand and responded by cutting production as some struggled to sell existing stocks. One company even came up with the idea of selling surplus Yamada Nishiki (the “king” of sake-specific rice) as an ingredient for risotto.

Affected by the recent decrease in sake production among other factors, production of sake-specific rice in 2020 was around 84,000 tons. Hyogo, Niigata, Nagano, Akita and Fukuyama Prefectures accounted for 50-60% of the harvest.

Hyogo produced 25% of the sake-specific rice in 2020, and Niigata 13%, with Nagano, Akita and Fukuyama each producing 6%. The table covers the last five years, and other than a slight rise in 2019 shows production continously falling.

Demand from sake breweries for the Yamada Nishiki and Gohyakumangoku varieties was strong, with just these two accounging for 50-60% of demand.

The figures are based on MAFF surveys, and extrapolate from data gathered as of 31 December 2020.

Despite this mismatch between demand and supply, a graph on the same page shows prices for Hyogo Yamada Nishiki holding steady at JPY 23,600-23,700 per 60 kg since 2013, and same for Niigata Gohyakumangoku at JPY 16,100-16,600 per 60 kg. The prices for sake-specific rice are selling prices for ittōmai (first-grade/grade 1 rice) from the Japan Sake and Shochu Makers Association (JSS).

There is also a table showing estimated demand for sake-specific rice:

Figures for demand are based on surveys in July 2020 and January 2021 and subject to change.

Another chart breaks down production of sake-specific rice by variety over the last 10 years, with the 84 tons produced in 2020 made up of 28 tons Yamada Nishiki, 17 tons Gohyakumangoku, 6 tons Miyama Nishiki, 2 tons Omachi and 30 tons of other varieties.

The final page of the report takes a bleak look at demand and production of sake-specific rice. Producers and those generating actual demand already share information in yearly meetings designed to help match production to demand and stabilise prices. Surveys of brewers have been carried out since 2016 to gauge demand, and a survey in July 2020 followed by another follow-up survey in January 2021 found that demand for sake-specific rice in 2020 fell sharply to 70-71,000 tons, leaving supply an estimated 12-14,000 tons higher than demand. Demand in 2021 is projected to fall to 65-67,000 tons, leaving little choice but to curtail production.

Thanks to Hitoshi Utsunomiya, Director of the Japan Sake and Shochu Makers Association (JSS) (@sakefoodlab on Twitter) for posting the report!

So, not much in the way of good news for growers of sake-specific rice. At least organisations like the MAFF are trying to get everyone around the table and stabilise prices.

Does anyone know what happened to table rice prices in 2014?