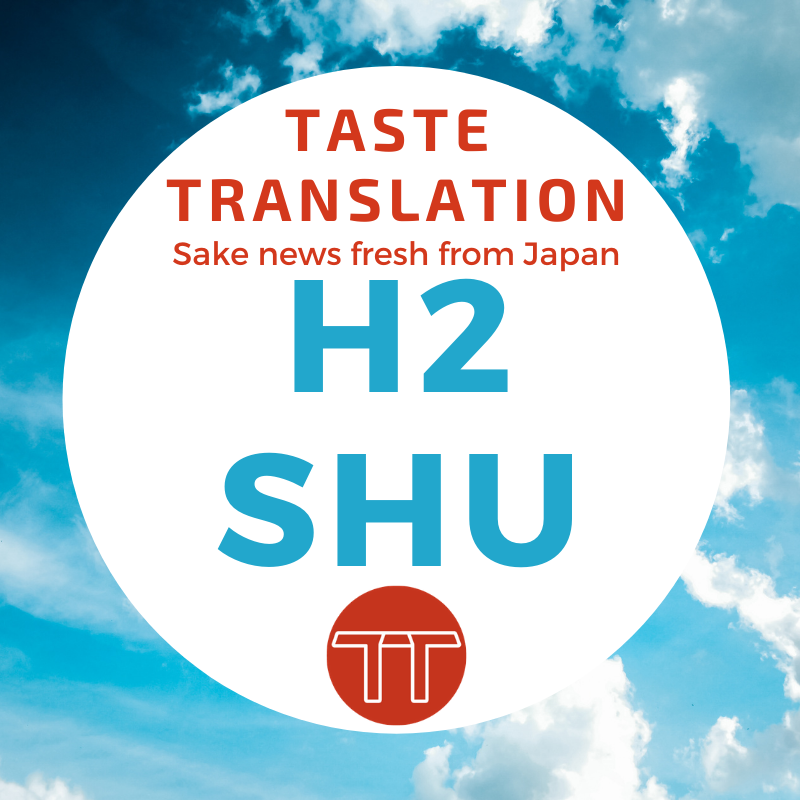 The Shunan Keizai Shinbun reports on a surprising collaboration between a chemicals company and a sake brewery in Shunan, Yamaguchi Prefecture.

Tokuyama makes chemical products for the semiconductor, healthcare and construction industries, while Hatsumomiji is a kura founded in 1819 and devoted to developing the local economy.

Despite seeming an unlikely partnership, they announced a jointly developed sake tokubetsu junmaishu Suisosarashi on 1 November 2020.

Tokuyama were trying to find a good use for excess hydrogen generated as a by-product when making caustic soda (sodium hydroxide). The company has an initiative called Tokuchare that promotes creation of new value inside or outside the company, and a group of sake-loving employees took advantage of it to suggesta technical partnership with Hatsumomiji, their local brewery, to develop a sake that would incorporate the leftover hydrogen.

It took two years, but they finally developed a unique brewing style they called Suisosarashi (水素晒, hydrogen exposure/bleaching), and have filed a patent application for the technology. Masahiro Takesue of Tokuyama described it as like breathing the hydrogen into or integrating it with the sake.

The final product is made of 100% Yamaguchi-grown Yamada Nishiki milled to 60%, and has an abv of 16%. The light blue bottle with an electron orbit on the label is designed to suggest hydrogen, and indicates an elemental hydrogen content of 1.008 by mass.

Yasuhiro Harada, president of Hatsumomiji, describes the flavour as refreshing while still retaining the umami of the rice, with less coarseness and greater transparency than a normal junmai.

Takesue says they are trying to make Shunan an advanced centre of hydrogen technology, and saw this as a new challenge that both let them show that the potential of hydrogen isn’t limited to energy and also make hydrogen more familiar.

The Suisosarashi sake is currently only for sale to employees but they plan to scale up the production process and release a version to the public next spring.