Sake? There’s an app for that 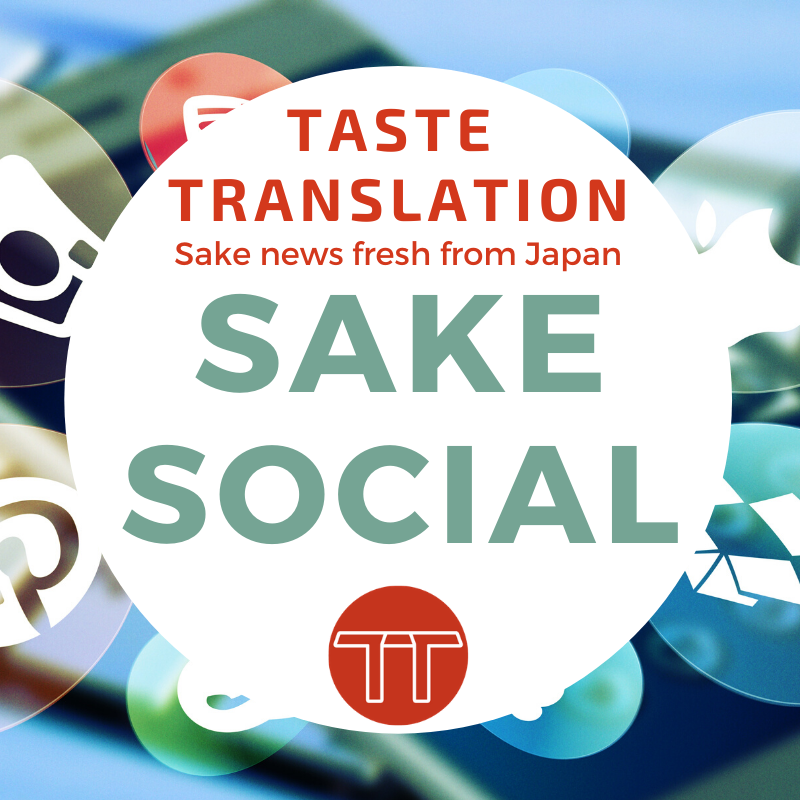 Excite News reports on a new app called Sakeist, designed to connect Japanese sake breweries with overseas consumers and sommeliers, with the ultimate aim of promoting sake and expanding its markets. It’s currently available for iOS and Android.

Despite the relentless contraction of its domestic market, sake exports continue to increase. Their value in 2019 was JPY 23,412,219,000.

However, most labels on exported bottles are still in Japanese, which presents a massive hurdle to overseas consumers new to sake: they not only have to understand specification-related terms like “junmai daginjō” but also find them on the label in a language they don’t speak. This is a problem for the sake industry when it comes to increasing numbers of overseas consumers and volume consumed.

Many professionals and consumers outside Japan are in constant contact with wine and prefer it, which led to demand for a multilingual app that introduces and explains technical terms and flavours from a wine perspective. The wine world also places great importance on the story of wineries, but there was no tool to communicate the story of sake breweries in English or other languages.

Sakeist was developed in 2019 to address these problems: to promote communication between sake breweries and both professionals and consumers, to create an image of sake as an international drink, and to do so in a way that was easy to see and understand for anyone. The app was launched on 23 June 2020.

The article then highlights five special features of the app from its press release.

Sake labels scanned by other users are displayed in a feed view similar to social media, so you can discover new sake by browsing

At-a-glance indication of flavour on axes taken from wine tasting.

Introduction to the history of the brewery complete with official images.

4. Search for restaurants serving the sake

Many Japanese native speakers don’t know how much time and effort is involved in brewing sake, let alone overseas consumers or sommeliers. Understanding that should lead to a greater appreciation of sake, especially when compared to wine production. The quiz promotes learning, while the dictionary includes some of the terms that pepper sake labels such as Yamada Nishiki, arabashiri and fukuroshibori.

There will be plenty of people who argue we don’t need any more comparisons with wine, and 2020 will likely be the year sake’s streak of new export records in broken, so like most PR you can take some of this with a pinch of salt. However, help with identifying labels and storing tasting notes is welcome. Other apps already promise to do this so we’ll see how Sakeist goes. As of 30 June it had 100+ installs listed on Google Play and a review score of 2.9.

I installed the app (Android) and after signing up saw a number of sake from the same breweries in a row in the “featured” tab, which doesn’t reflect the “discovery” element promised although the app was only released a week ago so it may be too early for them to be able to show labels from other users. There were very few reviews and some seemed to be from testers.

The app is visually very attractive. All entries have an image of the bottle, and clicking one brings you to a new page with the brewery, city and prefecture, brand name, sake category (tokutei meisho), rice variety, ABV and milling ratio. The “tasting matrix” is simply “Body”, light to rich and “Aroma”, low to high – which feels more like the SSI matrix than anything wine-derived so I’m not sure where they got that from. There is also a link to add a shop where the sake can be bought or drunk and a link to add a review. Reviews appear immediately.

When I enabled location it gave me three restaurants in Zurich that serve sake, which were correct, but when I tried to add one it doesn’t seem to be able to search Google Maps and relies on you knowing where the restaurant/bar/shop is to drop a pin. There’s also no sake list for the restaurants in the app.

Some elements are untranslated, such as 年による変動 (varies by year) in the description of Kenbishi Kuromatsu, but you can “heart” sake to find later in your profile along with your scanned labels. You can update the profile image by taking a photo or by adding one from “Gallery” but the app failed to load any images to choose from. The search seems unable to return results by prefecture, and it looks like shōchū can also be listed.

So looks promising and might get interesting if it has enough users.