Sake still on the rise in France 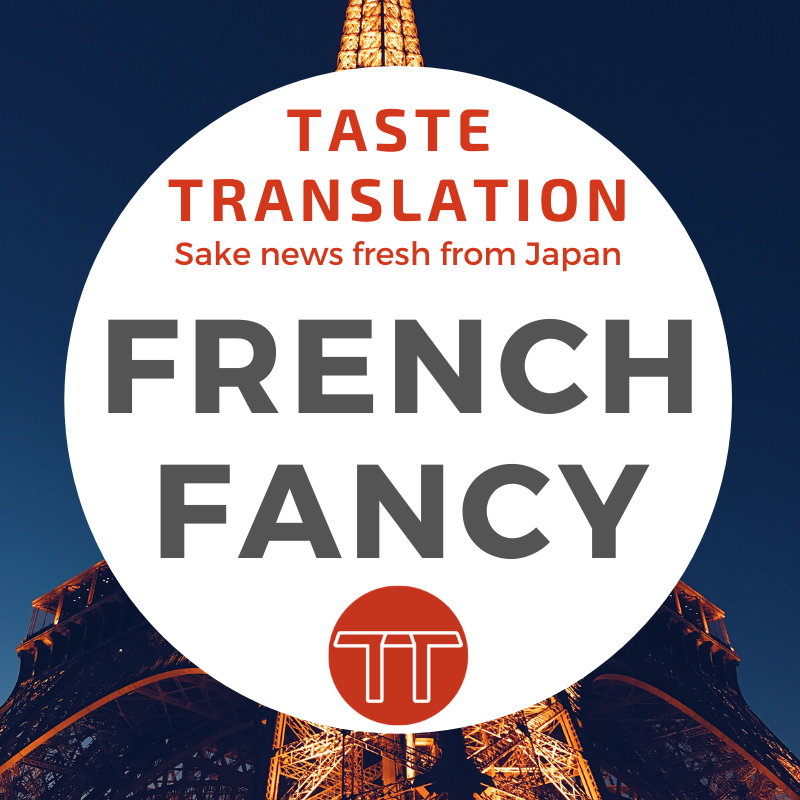 AFP BB News has a brief but insightful look into the still-developing sake scene in France. (See the article for a 1 min 14 second video.)

Paz Levinson, head sommelier of the French luxury restaurant group Anne-Sophie Pic, slowly tastes from a glass while picking up a spoon full of caviar and cucumber jelly. She pronounces the combination delightful.

However, her glass is not filled with a fine vintage from Bordeaux or Bourgogne, but with sake. The Argentinean sommelier insists that sake pairs wonderfully with French cuisine.

In terms of worldwide markets for sake, France is only at number 11. Total yearly sales are less than EUR 2 million (JPY 200 million). Regardless, consumption of sake is increasing and imports rose by 160% between 2012 and 2017.

Anne-Sophie Pic, owner and head chef of her own restaurant group, has won eight Michelin stars for her establishments. She’s also a fan of sake. She started off using sake as an ingredient in her cooking, then added it to her wine list. Sake is now gathering attention from other hotels and restaurants.

Even as the market for Japanese sake expands, entrepreneurs see it as full of opportunities. That includes French-produced sake.

There are already two producers active in France, both with bases in wine-producing regions. Takuma Inagawa (31), CEO of sake brewer and retailer WAKAZE, had other ideas, siting his brand new brewery in Fresnes, just south of Paris.

Although he plans to produce Japanese sake in France, Inagawa is also keen to incorporate French traditions. The raw materials for brewing come from the Camargue region, long famous in France for its rice.

Inagawa believes that the French will eventually accept sake. And the current emphasis on sustainability means that French-produced sake has a lot of potential.

He has long wanted to brew sake in oak barrels used for Bourgogne wine. He foresees demand from interested parties in both France and Japan, and has already produced 17,000 bottles in Japan.

According to sake expert Sylvain Huet, French interest in sake started developing about 15-20 years ago and at first was limited to just one area in Paris.

However, as the French get a taste for sake Huet predicts that the French market will expand five-fold or even ten-fold over the next 10 years.

French sake fans see it as a luxury product for gourmets, but that’s not necessarily the case everywhere. The character read “sake” refers in Japan to any kind of alcoholic drink, whereas in China it might mean a cheap brandy made from sorghum. [See notes below!]

None of that dents the optimism of sommelier Xavier Thuizat. He brings sake as a gift when he goes home to Bourgogne, and the response is fantastic.

The first half of the footage shows Anne-Sophie Pic and Paz Levinson. The second half shows Xavier Thuizat tasting sake and French dishes at a Paris hotel. Footage taken in November 2019.

Thanks to Tony Yip from VSF Wine Education for a correction about the reference to Chinese drinks in this article.

“In China, the beverage made from sorghum is not really known as sake but baijiu. It’s actually the French who mix up sake with baijiu. Baijiu is often served at the end of a meal in Chinese restaurants in France, and the French typically call that drink sake.

Second, although most of the so-called sake (actually baijiu) served in Chinese restaurants in France is the cheap stuff (less than EUR 10 per bottle), some baijiu in China can be very expensive. A bottle of Kweichow Moutai baijiu costs ca. EUR 100 / 200 ml for the cheapest one in the range, up to something around EUR 600 / 200 ml for the most premium.”