Sake saves the world, or at least the children, allegedly 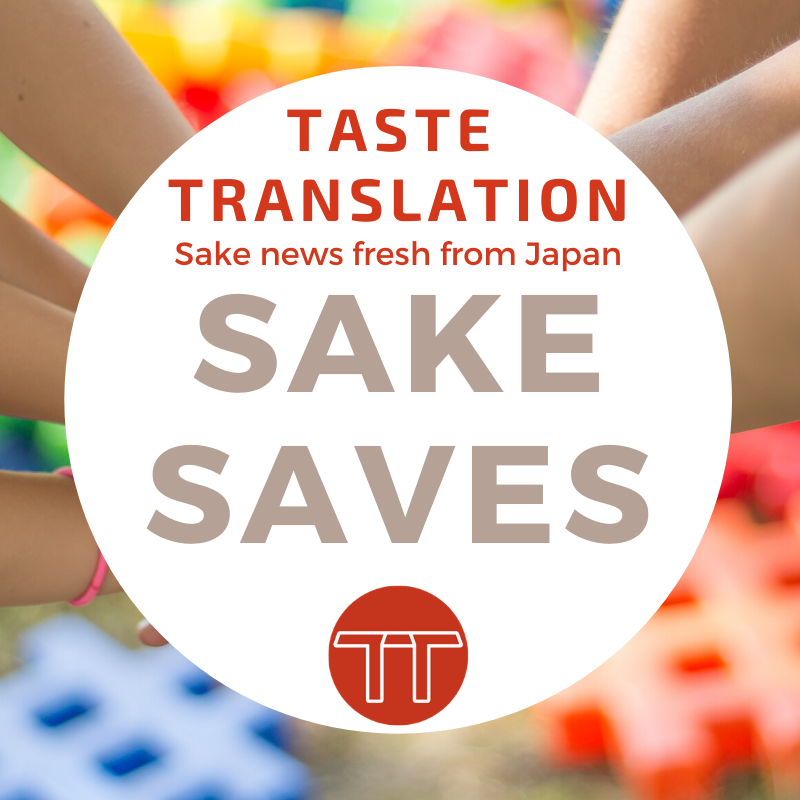 In case anyone had missed marketing hyperbole, it’s back. Jiji.com carries a press release for a new (tangentially?) sake-related project, DRINK SAKE (酒) OF PEACE, which aims to [cough] save the world with sake.

Co-opting the “don’t lose to Corona” slogan and hashtag (コロナに負けるな) during the unprecedented economic downturn caused by the novel coronavirus, the initiative launched by Azonix Japan and Butai Project aims to both expand the distribution of sake and sake culture [whatever that means] and, on the grand theme of peace, use sake to show how Japan can do something for the children of the world.

[I am not translating this drunk, I’m just really struggling with what they’re trying to say.]

The first phase of the project in 2019 benefited children in Can Tho, Vietnam, and 2020 events will be in collaboration with Mexico. The project plans to involve more countries in future and continue cultural exchange through the medium of sake.

Azonix Japan is the overseas agent for the Miss Sake association and a number of breweries in Japan, and intends to produce tie-up products and events. It previously managed an anime collaboration, Anilabo Collabo sake. [I can find no trace of this online except for this press release and some Twitter posts.] They also stress that they are open to partnerships with other companies.

[The rest of the article is about the Miss Sake association.]

I have no idea what I just translated. Trying to access the amzonixjp.com site says the IP could not be found, and I wonder if the real story here is how easy it is for a) random ideas to get press releases, b) organisations like Miss Sake or breweries to fall for spurious marketing proposals.

There’s a picture of a nifty t-shirt with what looks like the logos of 22 breweries, including Wakaze. The Drink Sake of Peace site does exist, and the English translation on their About page is at least mostly in line with what I understood from the press release. A promotional video there makes it look like this is actually a tie-up with Japan’s basketball B-League (which at least explains why basketball hoops were donated) with graffiti-style art by someone called The Producer BDB.

Maybe it’s just a way to get basketball fans/fans of this art style to pay more for sake from select breweries in order to donate basketball equipment to children. There are some photos of another event which may be animation-related. And they probably have more projects/events planned. Which is fine. But creating somewhat forced sake collaborations isn’t exactly saving the world.