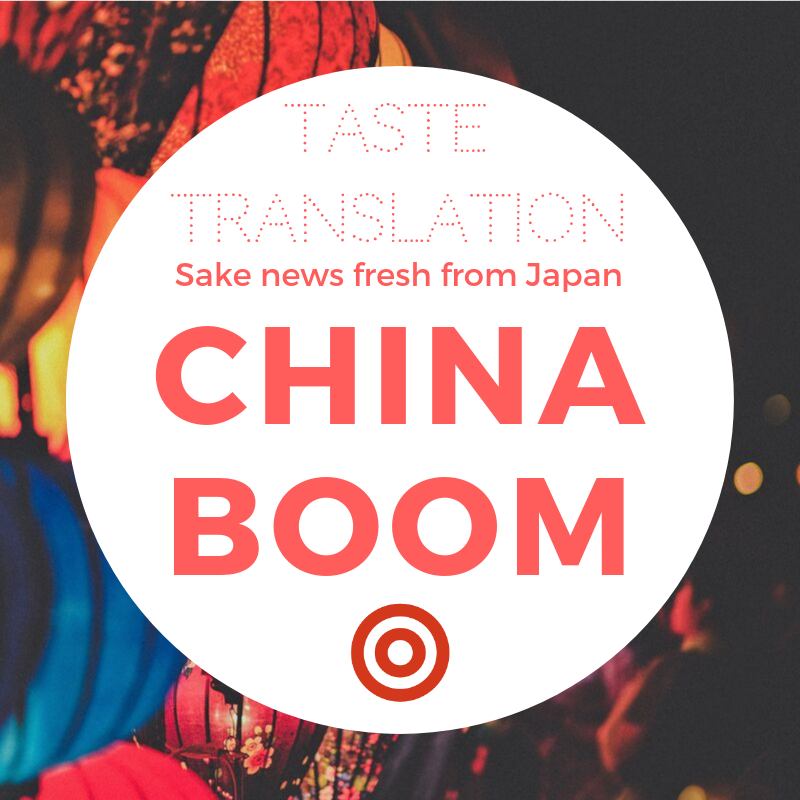 Takashi Funakoshi from the Asahi Shimbun China office has a long report in With News on the newfound popularity of sake in China. [I’ll post this in two parts.]

If you ask people in China what part of Japanese culture they like, the first thing you’ll hear is ‘anime’. But something else is slowly growing in popularity too. Sake. It seems to be gaining ground as part of a change towards the “nomunication” also found in Japan. However, some labels aren’t available there for “diplomatic” reasons. Against this backdrop, a contest was held where some 1,400 people judged and decided on this year’s number one sake. What kind of sake is becoming popular in China?

The current ‘boom’ started when a Japanese restaurant with a large selection of sake opened in Beijing. There were sake bottles out on display as you came in. And they were also on the menu, 23 different types. The average price for a 4-gō bottle (720 ml) was roughly 400 yuan (about JPY 6,000).

He felt a bit bad doing it, but Funakoshi checked the prices on a Japanese online shopping site… and was shocked. Even if you accept there’s a difference between buying something online and in a restaurant, the price was double that in Japan.

Customs duty is one of the big culprits. Chinese customs duty on sake is 40%, much higher than the 10% levied on shōchū. Then there’s another 10% in consumption tax (for luxury goods). Plus transport costs and other fees such as for representatives who deal with the import process, so there’s no way the price could be the same as in Japan.

Despite that, sake seems to be selling well. A 24-year old shop attendant apologetically admitted there were lots of sake they can’t keep in stock, and about 40% of the sake on the menu are sold out. One sake on the menu cost 1,800 yuan (about JPY 27,000) for a 720 ml bottle, and incredibly they were selling it almost every day.

This recent popularity is also reflected in official figures. Trade statistics from the Japanese Ministry of Finance show that exports of sake to China in 2018 reached 4,146 kilolitres, with an export value of JPY 3,587 million. That’s 8.6 times the volume exported in 2008, when Beijing hosted the Olympic Games, with a 12.9-fold increase in value.

The Japanese government is putting its weight behind exports of food and agricultural produce, with a target of exporting JPY 1 trillion in 2019 (exports in 2018 were JPY 906.8 billion). Hirokazu Kanei, a planner in the agricultural production section of the Ministry of Agriculture, Forestry and Fisheries (MAFF) commented that they targeted rice and processed rice products in particular for increased exports as part of a project to expand overseas markets. He also noted that consumption of rice is decreasingly slowly in Japan every year, which is one reason for the overseas push.

Sake has been exported for over half a century and China is already fertile ground for “sake culture”, he adds, and they hope the current momentum will help to increase exports even further.

The rest of the article follows in part 2!