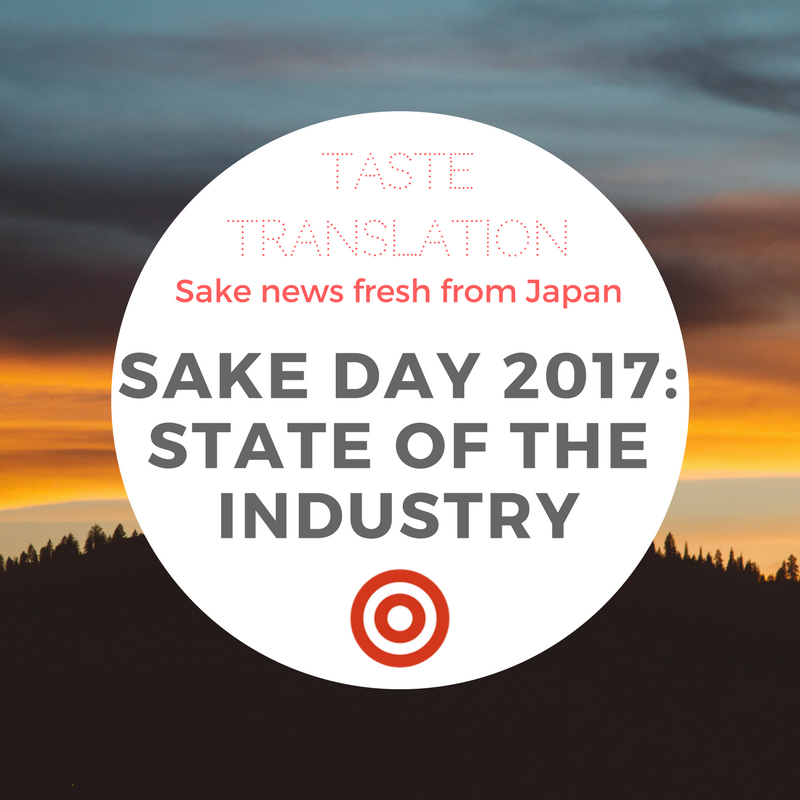 The Page, a Japanese news site dedicated to “making the news you’re interested in easy to understand”, has a report from Yuusuke Iguchi on how the brewery who produce the Kubota brand are trying to overcome the decline in sake consumption in Japan. According to the National Tax Agency, which collects taxes on alcohol, consumption of sake was 740,000 kilolitres in 2004 but only 580,000 kilolitres in 2014, a fall of 25% in 10 years.

Total alcohol consumption has fallen by 7.9% over that time, but sake has fared particularly badly with a 3% year on year decrease in consumption for the last few years and no end in sight.

The article divides the industry into two for the purposes of comparison: futsushu or table sake made with brewing alcohol and sold in cups and packs, and premium sake like junmai or junmai daiginjo produced by local breweries. When you look at it in this way, decline in consumption of futsushu is responsible for the overall decrease. On the other hand, consumption of premium sake is increasing and making up a larger proportion of total sales.

Akira Hirasawa, from the Asahi brewery who produce Kubota, points to the huge change in style of drinks as one reason for the decline – sake used to be used as an excuse to get together and talk, but its role has changed. In his father’s generation, drinking sake was something you enjoyed doing with friends and acquaintances but modern lifestyles have moved away from drinking altogether, another possible cause for the fall in consumption. He also singles out the huge variety of the modern Japanese diet – instead of delicate flavours centred around fish, it’s now more Western-based with strong, punchy flavours, sweetness and spices. Like wine or whisky, the characteristic taste of sake and therefore its food pairings differ by brand, and the gradual disappearance of this matching of food and drink is yet another factor.

On the other hand, Japanese cuisine is getting plenty of attention overseas. Exports of sake are rising year on year as interest in Japanese food grows and the number of Japanese restaurants increases. Export statistics compiled by the Ministry of Finance show that exports of 8,270 kilolitres in 2003 rose to 16,202 kilolitres in 2013. 2015 saw a further increase to 18,180 kilolitres. Exporting Japanese cuisine is one of the main themes of the government’s Cool Japan strategy, and sake exports have been buoyed by its success.

The Asahi brewery started exporting in 1991 and now sends its sake to about 30 countries. It seems that people overseas readily appreciate the delicacy of Japanese sake and menus that match it. Their importers are always asking about what kind of sake is currently popular in Japan.

Recognising this increased demand as an opportunity, Japanese brewers have all started setting up offices overseas, but Hirasawa is more cautious. He warns that it’s important to know if this is a one-off chance to sell, or a style that will take root in overseas eating and drinking habits. He advocates setting up an industry association select strategies to ensure that the popularity of Japanese sake is firmly established abroad. The reporter was struck by Hirasawa’s insistence that breweries avoid their lines of sake selling out – Hirasawa believes that this destabilises demand from abroad, and is an insoluble problem at home.

[bctt tweet=”The decline in sake consumption in Japan, and what one brewery is trying to do about it. ” username=”tastetrans”]