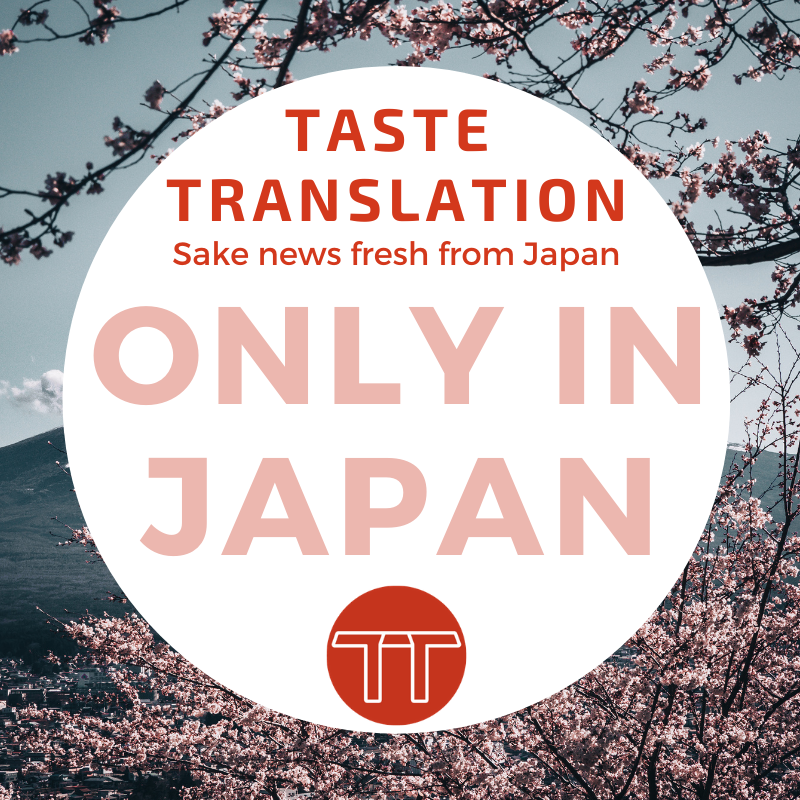 Lifehacker Japan carries a book review for a new volume about sake, this time aimed at business people and with the slightly ungainly title of What the Business Elite Know About Sake as Culture [ビジネスエリートが知っている教養としての日本酒, bijinesu eri-to ga shitteiru kyōyō to shite no nihonshu].

Author Akiko Tomoda maintains that there is a growing curiosity about sake among the ‘elite’, both inside and outside Japan. She deduces this from her role as a “sommelier total drinks consultant” [ソムリエトータル飲料コンサルタント], based on increased demand for sake courses and sessions for business people. This was her proof that the ability to talk about sake indicated a broad and deep level of sophistication, and the conversations that develop from that allow business people to develop opportunities and expand their network.[*]

Realising this, Japan’s elite turned to learning about sake as part of their basic cultural education and putting that knowledge to use in various scenarios.

The book explains sake in an easy to understand way, educating cultured people who want a correct understanding of sake as an about-to-break trend. There are also sections on “Essential etiquette and rules in business situations”,[**] “How to enjoy places where sake is served” with plenty of examples that also cover overseas cases. The rest of the review covers chapter 2 “Sake basics: How is sake made?”

This covers topics such as the classification of alcoholic drinks under the Liquor Tax Law, which is administered by the National Tax Agency, how each one is made and what permissions are required to sell it, and the fact that the drink commonly called nihonshu has the legal name seishu. It also notes that nihonshu/seishu is limited to under 22% abv, must be fermented from rice and kōji and then pressed (if not pressed it is legally doburoku and not nihonshu/seishu).

Seishu can also be thick with lots of sediment, much lighter with just a little sediment – both nigori – or completely clear, with the differences created by the fineness of the mesh used during pressing. The chapter also covers the raw ingredients and additives allowed for each type of alcoholic drink under cabinet ordinance, and notes that any drink where the amount of rice and kōji are not exceeded by other ingredients is classed as futsūshu, the most common type of nihonshu. And it can be fun to check the label and see what the ingredients are.

It also includes a map of Japan’s Geographical Indications (GI) for wine, sake and shōchū. [Taken straight from the March 2020 edition of the NTA’s booklet on the subject and therefore missing the Mie Prefecture sake GI granted in June 2020, although the book was published in October 2020.]

The book also discusses rice for brewing versus rice for eating [酒造用米, shuzōyō-mai], where rice for brewing makes up a scant 5% of all rice grown in Japan and sake-specific varieties [酒造好適米, shuzōkōteki-mai] accounts for just 1% of that 5%. It also notes that sake-specific rice varieties are also very difficult to grow because they tend to have little resistance to disease or pests and are prone to being blown down. One way to manage these issues is to space seedlings twice as far apart as usual, which dramatically reduces the harvest for a given area. Some varieties grow up to 1.5 m tall, making them hard work to harvest and vulnerable to typhoons. They’re hard for farmers to grow and some varieties have almost died out even though they are popular for brewing.

Sake-specific rice is also defined as having specific qualities, such as large grains (25-30 g per 1000 grains), a shinpaku [心拍, white starch core], low protein and fat content, good water absorbency when washed or soaked, and a hard exterior and soft interior when steamed. Four examples of sake-specific rice are given (Yamada Nishiki, Gohyakumangoku, Miyama Nishiki and Omachi) with stats and facts for each.

The importance of water is also covered, shown by the concentration of sake breweries near famous or exceptionally high quality water sources. Rice can be imported from other areas, but not water. [Not strictly true as far as I’m aware.] The book also speculates that sake originated in Japan because of its high-quality water. [***]

Sake is 80% water, so the flavour of the sake can be said to be the flavour of the water. [****] The brewing process also uses large quantities of water, not just for brewing but also for washing, steaming and cleaning. These other uses consume 50 times as much water as is used to brew the sake. So where else could sake emerge but in Japan, Land of Water? [**]

The book also mentions that water hardness is an essential factor, with soft water producing soft, mellow flavours and hard water giving stronger, more structured ones. And of course kōji, which when grown on steamed rice breaks down the starches inside to produce sugar for alcoholic fermentation. Different styles of kōji cultivation also affect the flavour of the end product.

The review finishes with the author recommending the book not only to sake lovers, but also to people with no interest in sake or those who don’t drink so that they can complete their cultural education as a proper adult should.[*****] You can dip into the book and just read the sections you’re interested in, building up your knowledge of sake as you go. What better way to make good use of the year end/New Year season its many drinking opportunities?

* I suspected this book was going to annoy me as it has ‘elite’ in the title, and it has. There is a class of Japanese writing that makes a ton of fairly wild assumptions, presents them as facts or insights, and doesn’t question them at all. I’m putting this book in that category.

** Ah, ‘rules’. Another thing guaranteed to turn me off anything written about sake, except when it comes to storage.

**** While this is explained as you read on, it’s another example of the bombastic, overwrought and deeply annoying style in quotes from the book.

***** It’s not quite that catty, but unless you’re able to take the line at face value, it’s close. And this attitude of forcing people who aren’t interested in sake or don’t/can’t drink to engage with it regardless really annoys me.

Wow. I will not be reading this book. I shudder at the thought of anyone having to translate it. It sounds like a reasonably interesting basic text book – I learned something from the quoted material, I knew sake rice only accounted for a very small percentage of all rice grown but didn’t realise how little – but wrapped in a layer of elitism, nihonjinron and/or dog-whistle nationalism.

The factual content sounds like something you’d recommend to a sake fan or student, but it seems to be delivered in a deeply unpalatable way. Maybe it already exists as a decent reference book, without these trappings that someone thought were desireable or necessary. The book is the number 1 bestseller in the Sake section of Amazon Japan (as of 27 Nov 2020) but I don’t know if that’s a function of novelty, good marketing, or something else.