One sake brewery selling low to support the supply chain 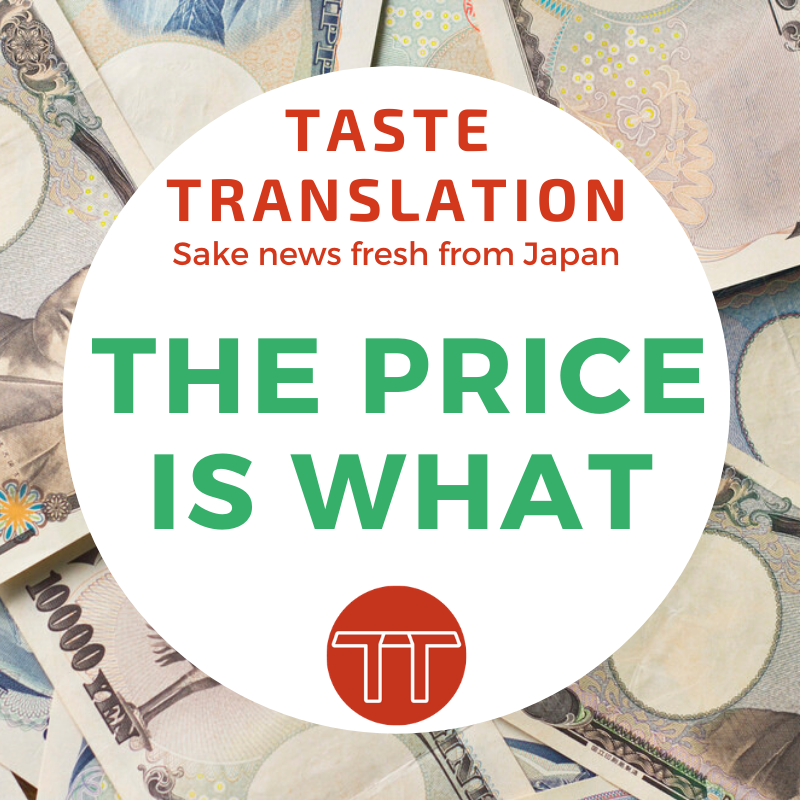 Would you do a double-take if you saw an isshōbin (1.8 L bottle) of junmai daiginjō priced at just JPY 2,400 (before tax)? Nifty News covers a report in Nikkan Gendai Digital about this too-good-to-be-true price.

The sake in question is Jōkigen junmai daiginjō Special Blend ‘be after’, and the writer reminds readers that it’s made from only rice, rice inoculated with kōji and water, and that the rice is milled to at least 50%.

The writer went to get the story from the brewery, Sakeda Shuzō in Yamagata. Owner Satō explained that normally their daiginjō starts at around JPY 4,000. But for ‘be after’ they abandoned all thoughts of making a profit and just made the best sake they could for the most reasonable price possible. The brewery makes sake from many different types of rice, and in this case they blended daiginjō sake made from different rice varieties.

The reason behind it, as you may have guessed, is the pandemic. Sakeda Shuzō normally sells to izakaya and restaurants, but was badly affected by closures or limited opening hours under Japanese emergency restrictions or stay-at-home advice. Sato emphasises that this isn’t the time for the brewery to be precious about their brand. His thinking is if they can prompt consumers to act by lowering prices by a few hundred yen, that gives them a way to support their izakaya and restaurant customers.

Satō also comments that every one of the 30 kurabito at the brewery understands that they can’t keep on doing things the way they have until now. The name ‘be after’ and the minimalist label design with just the name on a white background, thought up by the kurabito, signify a wish to gradually return to normal.

The brewery has never given one of its sake an English name before, but they went with it to try to appeal to a wider range of potential drinkers than those that already know they like sake – something that consumers of all ages and genders would be attracted to.

The sake is similar to the standard Jōkigen junmai daiginjō, says Satō, not overly clean but with plenty of enjoyable rice-driven flavours. It’s the kind of sake that goes well with any cuisine or dish, made to go alongside meals on any dinner table.

Sakeda Shuzō only sold as much of the special blend as their izakaya and restaurant customers ordered, with orders taken for a10 day period starting around 20 May for sake to start shipping around 8 June. The writer, who lives in Tokyo’s central 23 wards area, found some at an izakaya on 18 June. He liked it and went back on 22 June to get some more but it was already sold out.

Satō muses that it will take time before bars and restaurants go back to being as lively as they once were, but adds that this is just their first attempt to inject some life back into the restaurant scene, with more to come.

We’ll drink to that.