One Hida brewery thinking its way through the pandemic 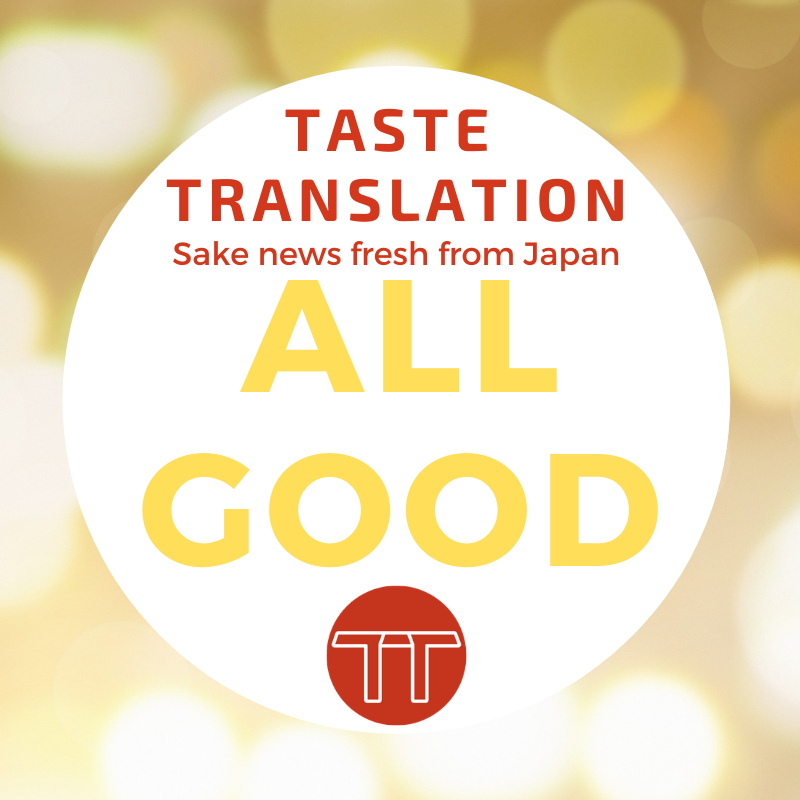 Goo News reports on a 150 year old sake brewery and the single-minded determination and inventiveness they’re using to overcome the second great threat in their history – the pandemic.

Watanabe Shuzōten in Hida, Gifu Prefecture are the long-established makers of Hōrai. The philosophy of Hisanori Watanabe (51), ninth head of the brewery is more or less “if it sounds good, try it”.

At first glance the brewery looks like any other, with some degree of automation. The tanks, however, are covered in messages from visitors and almost glowing with gratitude.

Watanabe maintains that these positive messages make the sake better. A CD of comedy show Yoshimoto Shinkigeki also plays throughout the brewery. He recalls a visit to the brewery by comedian and former boxer Jōji Shimaki, who suddenly stripped off and performed his catchphrase “pachi-pachi-punch”, claiming that the power of laughter would produce better sake. That idea stayed with Watanabe, who made it a part of the brewery.

“If it sounds good, try it” doesn’t sound like much of a way to manage a business, but nothing compromises the flavour of the brewery’s sake. Hōrai, their poster junmai ginjō, was given the highest rating of three stars at an international competition held in Belgium for its perfectly balanced aroma and flavour.

Their lineup of 25 types of sake is highly rated, winning at over 60 contests in Japan and around the world. This is one of many changes ushered in by Watanabe after he took over 10 years ago. The company’s sales also increased six-fold to JPY 1.2 billion.

Any jubilant mood from 2019 has disappeared in 2020, though. The pandemic resulted in most events being cancelled, and local sales – which make up 25% of their total – were down by around 80% in April and May. The brewery’s 150th year was looking like it might be their last. Watanabe acknowledged that the brewery had almost never faced a situation like this – just once before.

The event Watanabe refers to is noted in his family’s records: a massive fire in 1904 that ravaged Hida and razed Watanabe Shuzō to the ground. Watanabe notes that although the brewery and family home were destroyed, brewing restarted just four months later – testament to his family’s strength of character. And Watanabe is calling on that again now, confident that if the company can get through the pandemic then somehow it will grow again.

He looked at the pandemic itself for ideas, such as a sake dedicated to ending the crisis available for just JPY 1,000 shipping, or a disinfectant developed with their expertise in making alcohol. He set aside JPY 50,000 of sake to give away and turned to Twitter, increasing followers of the company account 10-fold to 120,000 people.

The shift online caused by the pandemic also gave him hints. Contacts in other countries such as Australia were starting popular virtual sake brewery visits. Their exports in August 2020 tripled relative to the year before, showing a sudden increase in demand from overseas.

He also turned to his staff for inspiration, holding and taking part in meetings several times a month to exchange ideas. If an idea was good, it would be taken up. And this constant work paid off with summer sales almost better than the previous year.

However, it was clear that there would be more than just short-term effects. On 16 September they still had enough sake in tanks to fill 10,000 1.8 L isshōbin bottles. Unless they could empty some tanks, they would have so much rice left over they would have to cut next year’s production by 30%.

Watanabe Shuzōten’s signature Horai is made with Hida Homare rice, a sake-specific rice that requires special handling. If the farmers growing it couldn’t make ends meet, they faced the risk of not having any available in future. So the knock-on effects on farmers were also a problem for the brewery.

Watanabe recognised that they couldn’t make sake without their farmers. So taking a long-term view, he prioritised growing the same amount of rice as in a normal year to safeguard their future. The sake made to fulfil that vision, Urajōhō (裏情報, “inside information”) was essentially the same as Hōrai but sold at a 30% discount. Watanabe saw it as putting purchase of a normal yearly quantity of rice ahead of their own profit. That was the “inside information” that inspired the name.

The brewery started their new brewing year on 25 September 2020. The full tanks holding them back had been freed up thanks to the success of Urajōhō. Depending on how sales went, their initial estimate of reducing production by 30% had been reduced to around 15%. They aren’t out of the woods yet, but also definitely not out of ideas.