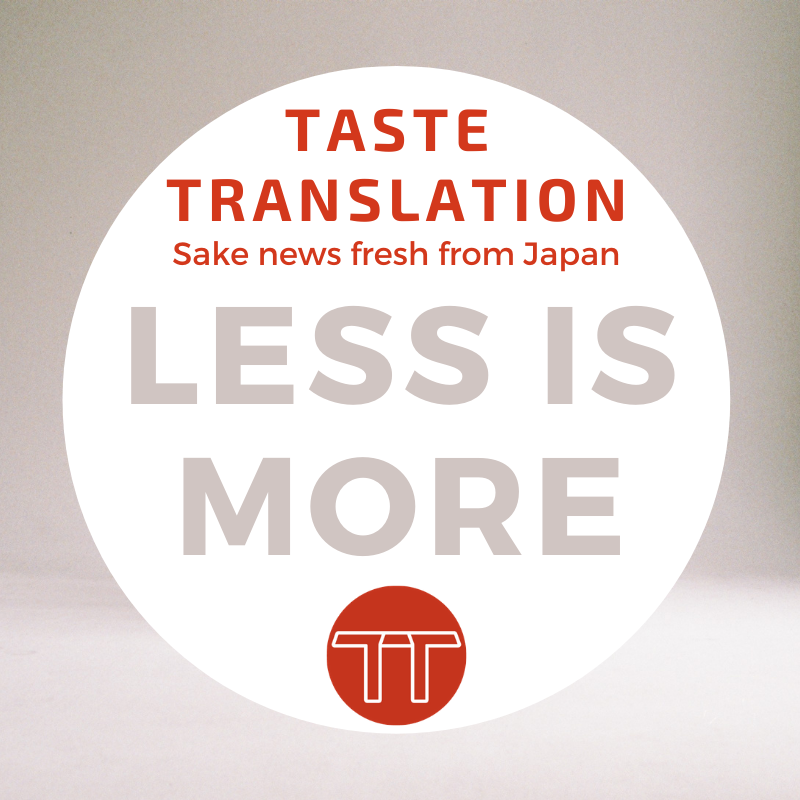 News site Jiji.com carries a press release for a seemingly minimal sake label that’s actually full of information – nothing but a QR code.

The sake inside comes from Mitsutake Shuzōjō in Saga Prefecture, founded in 1688. The company’s mission is to “create innovation from tradition” so it wasn’t hard for them to team up with internet marketing agency KHplus with their company philosophy of “creating value that leads to the next level, and innovation that comes from the ability to see ideas through”.

The new approach that the two companies came up with was to make absolutely everything about the sake in the bottle easily accessible by just scanning the label.

Scanning the QR code lets you watch video of the steps taken to produce the sake, an interview with the head of Mitsutake Shuzōjō, and another interview with the tōji in charge of brewing, making it feel like you’re drinking on-site. If the phone used is recognised as not on a Japanese network, there’s also a choice of subtitles in English, Spanish, Chinese, Korean, Thai and Vietnamese. Once the videos end, watchers are taken straight to the brewery’s site where they can purchase more sake through their online shop.

The sake is called “Q” and is a junmai made from Yamada Nishiki (麹米, kōji-mai, rice used for culturing kōji) and Saga Prefecture-grown rice (掛け米, kake-mai, plain steamed rice added to the fermentation). It’s 15% abv, and available in 270 ml, 720 ml and 1.8 L bottles, but milling ratio, SMV (日本酒度, nihonshudo, sake meter value), acidity and amino acid levels are all secret. The brewery doesn’t reveal them to encourage people to experience the aroma and flavour of sake without being bound by preconceived ideas.

The name “Q” stands for quality (no additives, flavourings, etc.), Kyushu (made entirely from/in Kyushu, rice, water and kuramoto) and QR code (which lets them communicate their passion for sake). The QR code lets consumers of the sake, made traditionally in Kyushu Prefecture, watch how it was made and hear the people who made it, and the two companies hope this will get more people to appreciate the great qualities of sake.

Sake is considerably less expensive than other alcoholic drinks, such as wine, but involves just as much work. And though interest in jizake [地酒, small-scale, locally produced sake] has increased recently it is still not popular among younger generations, who see it as unappealing.

It’s also well known that hearing information or reviews before tasting sake or food can change how it’s perceived, but that information can be incomplete or inconsistent when it comes from izakaya or restaurants, meaning the sake can’t be appreciated to its full potential. This was another reason for using a QR code, so drinkers can see the informational movies and receive consistent content. The multilingual subtitles will also help overseas buyers develop a greater appreciation for sake and how its made.

The sake went on sale on 26 November 2020. It can be drunk from chilled to room temperature and tasting notes say it is fruity and easy to drink with a rich floral aroma.

So a great idea for providing more information that will fit on the label through a QR code, but although no mention is made of it I’m assuming there has to be a back label to satisfy legal labelling requirements. I don’t think the Liquor Tax Act has caught up with QR codes yet.